Home > Community > Tardiness, a Display of Disrespect or No Big Deal? 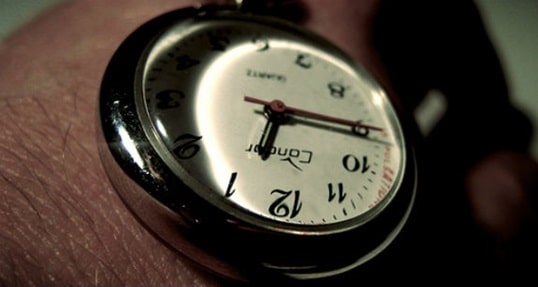 Tardiness, a Display of Disrespect or No Big Deal?

Even in prehistoric days when human beings hunted mastodons with stone-tipped wooden spears, a member of the tribe was probably late at some point, to something. Sure, the concept of time was not exactly what it is today, but punctuality – or lack thereof – is not exactly a “modern” phenomenon. This makes tardiness a very old, very perennial problem. And unless you are some kind of superhero with a knack for being on time, all the time, you have probably been late at some point, to something.

Teachers have policies on student tardiness that vary just as much as teaching methods do, with some caring mightily about punctuality, and others not at all. A word of advice: try to know your teachers’ thoughts on the matter prior to attending their first class. But even if you don’t know a particular professor’s policy, assume that they want you in class at the designated time, if not a little before then. A very telling email exchange between a professor and student has recently gone viral and it clearly illustrates two very different viewpoints on timeliness.

In 2010, Deadspin published an email composed by Professor Scott Galloway who teaches brand management at NYU’s Stern School. This email has elicited some strong reactions (think feverish applause and stadium-style boos). First, some background: Galloway has a policy on tardiness. Students who are late to class by more than 15 minutes are not allowed into class until after the break. In February of 2010, on the first day of Galloway’s brand strategy class, a student dropped in an hour late. Galloway told him to come back for the next one.

The student, interested in three different classes – all offered at the same time – had decided to solve his dilemma by “sampling” all three classes on the first day. He sampled Galloway’s class last, and hadn’t counted on getting kicked out. Perturbed by Galloway’s reaction, the student sent him an email with an explanation. “I was unaware of your class policy. I was disappointed that you dismissed me from class considering there is no way I could have been aware of your policy […] it was more probable that my tardiness was due to my desire to sample different classes rather than sheer complacency.”

Galloway responded by offering feedback of his own – and cc-ing the rest of his students in the process. The gist of the email (and it’s definitely worth a read) is this: “get your s*&* together.” Now, unless you identify as a total slacker, that’s the kind of explicit counsel most of us don’t get – especially while pursuing a masters degree in business. But perhaps that’s why the response to Galloway’s viral message has resonated with so many people. Maybe people need someone to stand on a soapbox every now and then to remind everyone else that etiquette matters – even in the classroom – and to be on time.

Galloway elaborated on his pithy (and perhaps refreshingly salty) advice by saying this: “Getting a good job, working long hours, keeping your skills relevant, navigating the politics of an organization, finding a live/work balance…these are all really hard […]. In contrast, respecting institutions, having manners, demonstrating a level of humility…these are all (relatively) easy. Get the easy stuff right.” Or, in other words, tardiness throws up a flag of disrespect – and that’s not the kind of flag you want to wave in front of the person who decides your grade or whether or not you get a promotion.

When BusinessInsider writer Mariana Simoes contacted Galloway recently to request permission to publish the email, he included in his response that he is”getting an email about every three minutes from people (all over the world) voicing support/anger (about an 8:1 ratio).” Galloway’s message continues to strike a nerve.

How do some Hult professors handle tardy students? Olaf Groth, Professor of Global Strategy and Economics adopted a policy similar to Galloway’s, but not just because he alone wants to avoid interruptions. “Students would come in, walk right in front of me or presenting students – even brushing up against us – to take a seat. I now have the airplane policy. Once door is closed, you can’t come in until the break. The good students tend to like it, because they like less disturbances and clear rules of engagement.”

Adam Carstens, Director of Research and Hult Labs team member, will be teaching a course on Change Management at the San Francisco campus next month. He plans to engage the students themselves on creating the class rule for tardiness. “I plan to ask the students on the first day of class: what should we do if you’re late? What’s a fair punishment? Then I’ll set the policy based on their responses.”

Mark Esposito, Professor of Global Economics and Corporate Social Responsibility, has a rule influenced by “Akademische Viertelstunde,” which translates to “academic quarter,” as in a quarter of an hour, or 15 minutes. It’s a policy that many European universities have instituted. “I have tried several things, from zero tolerance to full tolerance, to partial tolerance. What works for me at the moment is a 15-minute “tolerance period” at the beginning of the class. After that, if they are late, I enter students as “late” in the attendance record. So far the disruptions seem to be less than before.”

So what is really at the heart of the tardiness issue? We think it’s respect, plain and simple. The NYU student in the aforementioned email exchange makes faulty assumptions that the professor decimates – and rightly so. The student assumes that the professor should be lenient because the student a) didn’t know the professor’s policy before attending the class and b) was not expressing complacency when arriving late for class. To address the first part of the student’s argument, ignorance of the law is no excuse for breaking it. Granted, this isn’t a matter of law, but it is a matter of dismissing the reasoning behind scheduling a start time for a class in the first place. A 10AM class doesn’t start some time between 10AM and noon; it starts at 10AM so that everyone can convene at the same time and work can commence. A student may not know a professor’s policy before class, but why should that mean that it’s OK to be tardy? Assume that it isn’t OK and let the professor say otherwise.

To the second point, the student was absolutely displaying complacency. Oxford American dictionary defines complacency as “a feeling of smug or uncritical satisfaction with oneself or one’s achievements.” The student put his desire for shopping classes above his respect for the professor’s policy on tardiness. It’s one thing to disagree with it, but it’s another to push back, as if the student’s desires should come first. That the professor asked the student to come to another section is hardly unreasonable. More to the point, the student didn’t take into consideration the professor, the other students, and the effort that they all made to arrive on time. Respect entails thinking of others and the given environment, not just oneself. This applies not only to academia, but also to the workplace and, of course, to weddings.

What do you think? Hult Labs would like to hear from you. Should instructors have unwavering rules on tardiness? Does that help or hinder the learning process?

Make the most of what your career has to offer with a Masters in International Business from Hult. To learn more, take a look at our blog 5 Ways Business Education Will Change In 2017, or give your employability a huge boost with an MBA in international business. Download a brochure or get in touch today to find out how Hult can help you to explore everything about the business world, the future, and yourself.

Impacting the environment for the better: A bottom-up approach