Home > Careers > We Need More Women at the Boardroom Table 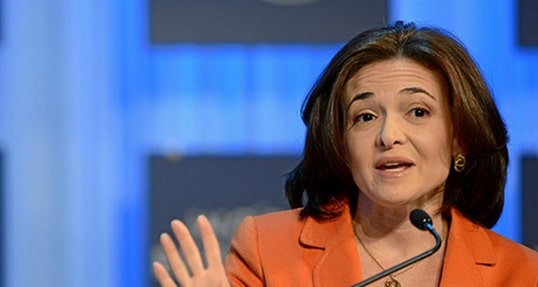 We Need More Women at the Boardroom Table

In her TED TV talk, Sheryl Sandberg, the COO of Facebook, argued that “if current trends continue, 15 years from today about one-third of the women in this audience will be working full-time and almost all of you will be working for the guy you are sitting next to.” Is this really what the future should look like? Today, only about 19 of the Fortune 500 CEOs are women, which means that it is still a man’s (business) world out there. However, according to a new study conducted by the Credit Suisse Research Institute, public companies with female board members perform much better than those without them. How come?

For one thing, greater team diversity (including gender diversity) can lead to better than average stock performance. Then there’s this: a company’s leadership skills are in better balance since women tend to be better mentors and coaches for their employees (they are also good at defining responsibilities clearly). Thirdly, more women on board (pun intended) can improve a company’s understanding of customer preferences – all its customers.

So why aren’t we seeing more women in boardrooms? In her inspirational book Lean In, Sandberg explains that one of the reasons is the fact that professional ambition is expected of men, but optional for women. That is, men are rewarded for being ambitious, powerful and successful, while women typically pay a social penalty for exhibiting such traits, as they are generally expected to prioritize family before career. For instance, Marissa Mayer, the CEO of Yahoo, was quickly criticized when she returned to work only two weeks after her baby boy had been born. Do you think a man would have been put under fire for doing the same thing? Probably not.

Sandberg provides very interesting evidence on how women and men are perceived differently based on gender. For example, as part of a gender based experiment that focused on Heidi Roizen, a successful entrepreneur in Silicon Valley, a professor at Columbia University took a case study written by Roizen and copied it word-for-word, with only one single change to it: the name Heidi was changed to “Howard”. The modified and the original case studies were then given to business school students in order get their impressions of the “two” individuals. On the positive side, students thought that Heidi and Howard were equally competent. However, students liked Howard more than Heidi. They thought of Howard as a great guy that they’d want to hang out with. Heidi, on the other hand, was someone they were not sure they would want to work for, or was someone they could actually trust. Clearly, this shows that even if a woman is just as competent as a man, she is still not as appreciated in the workplace and is more or less “punished” for aiming high.

Furthermore, according to Sandberg, “If a woman is competent, she does not seem nice enough. If a woman seems really nice, she’s considered more nice than competent. Since people want to hire and promote those who are both competent and nice, this creates a huge stumbling block for women.” So, women are generally considered too nice or not nice enough to be considered good leaders? Talk about challenging if you’re an ambitious woman in the business world!

In one of her blog posts, “For Women Leaders, Likeability and Success Hardly Go Hand-in-Hand,” Marianne Cooper explains that “high-achieving women experience social backlash because their very success – and specifically the behaviors that created that success – violates our expectations about how women are supposed to behave. Women are expected to be nice, warm, friendly, and nurturing. Thus, if a woman acts assertively or competitively, if she pushes her team to perform, if she exhibits decisive and forceful leadership, she is deviating from the social script that dictates how she ‘should’ behave.”

Being a young woman myself, currently studying for a master’s degree in International Business, who aspires to one day play at the top, I honestly have to say I’m a bit worried about how to be perceived in the workplace. Sure, I always tell myself not to care about what other people think; yet in this case, I think it will be difficult to completely ignore the current challenges. So, I want to encourage all you women who want to reach the top to keep striving for that, but I also want to encourage all you men out there to support us in our aspirations. This notion of how women “should” behave clearly won’t change overnight, but if more women are seen in boardrooms then that begins to signal a greater potential for change.

Make the most of what your career has to offer with a Masters in International Business from Hult. To learn more, take a look at our blog A Way Up for Women in Business, or give your employability a huge boost with an MBA in international business. Download a brochure or get in touch today to find out how Hult can help you to explore everything about the business world, the future, and yourself.