Home > Thought leadership > Your life in a woman’s hands 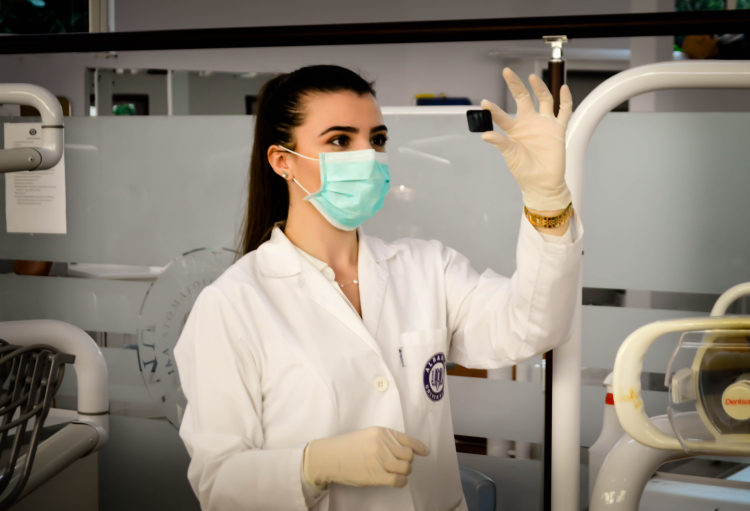 Your life in a woman’s hands

Healthcare workers around the world are at the forefront of saving lives during this global pandemic. Every day we read of spontaneous outbursts of applause, news reports, and social media posts communicating enormous gratitude towards medical professionals risking their lives on a daily basis so that others may receive treatment.

The facts & figures in the healthcare sector

Overwhelmingly, those professionals are women. A 2019 report by the WHO analysing data from 104 countries concluded that seven out of ten employees in the global health workforce are women. This week, Dr. Helen Fidler of the British Medical Association confirmed that 75% of workers in the UK’s National Health Service are female. While every active health professional is aware that his or her life is at risk from a potentially fatal viral infection, the women who make up this workforce are at significantly greater risk than the men. This is because the Personal Protective Equipment (PPE) issued to NHS healthcare workers is designed to a male body standard.

The issue of significantly higher risks to women’s safety because of the implicit assumption that men are the standard is not new. A cross-industry study of 5,000 women who wear PPE at work found that less than one-third have equipment specifically tailored to their size and gender. A recent study by Swedish transport researchers of European Union practices established that women remain significantly more at risk of fatality from car crashes because safety assessments use test dummies based on men’s dimensions. A further recent study found that women are 50% more likely to die from a heart attack due to misdiagnosis because the symptoms they experience are different from standard male symptoms, on which most medical training is still based.

Is the media industry any better?

The implicit assumption that men are the normative and women are the deviation remains pervasive in our media, our communications, and our thought patterns. An analysis of the top 100 grossing films of 2014 and 2015 using an automated detection tool determined that male characters received twice as much screen time, and twice as much speaking time as female characters. A similar study of over 11,000 speaking roles in PG-rated family films, cartoons and US primetime TV programs found that the proportion of female characters depicted as having a job was only half that of women’s actual participation in the labour force.

How does our thought process work?

It’s important to clarify that the assumption of male as standard is often unconscious in the minds of people who might even be horrified to discover they harbor such assumptions. Further, women and men are almost equally likely to think this way. Harvard’s Mahzarin Banaji has used the Implicit Assumption Test to determine that a majority of people of both genders make automatic associations between ‘men’ and ‘career’ (compared to ‘women’ and ‘career’), and in my research work, both male and female participants readily associated a deliberately non-gendered CEO with personality characteristics they perceived as masculine.

Our implicit assumptions are of great significance because they shape our expectation of what is usual and normal. Moreover, they can be remarkably resistant to an objective reality that is virtually the contrary to that in the underlying assumption, as is seen in the case of PPE designed for British healthcare workers. In Hans Rosling’s final book Factfulness, he noted that many of our implicit assumptions about society appear to be stuck in the 1970s and don’t reflect current realities.

Do your part to fix gender inequality

Given that the assumption of male as standard is both prevalent and unconscious, if you’re not actively working to rule out this assumption then you’re likely to be perpetrating and perpetuating it. As a business school professor, educator or presenter there are at least three easy steps you can take to prevent yourself from communicating this ‘male as protagonist’ or ‘male as standard’ perspective.

In summary, our predisposition to view men as the normative and women as the deviation is not just a distorted view of the world, it’s actively putting women’s lives at risk in daily activities from driving a car to executing their professional roles. The average healthcare worker at the forefront of this crisis is a woman—and statistically, those most likely to be admitted to hospital are men. 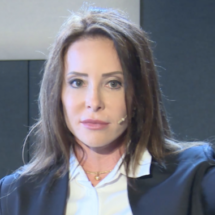 Behavioral scientist Amanda started university at age 16 and went on to earn a masters and PhD from the University of Cambridge. During this time she spent nine months of her research work living in a tent in Antarctica. Since then, her extensive corporate career includes ten years in Sales and Marketing Research at P&G as well as launching and running her own consultancy whose clients included LG, Cisco, HSBC, and Shell. Today, she is a full-time professor and research fellow at Hult. She’s also an accomplished sports enthusiast, having completed Ironman races around the world. Her current research covers several leadership topics including behavioral change techniques for leadership development as well as the effects of leaders’ ethical choices on the communities in which those leaders operate.