Home > Thought leadership > Changing attitudes to disability in the workplace: a study with Barclays and Jubilee Sailing Trust 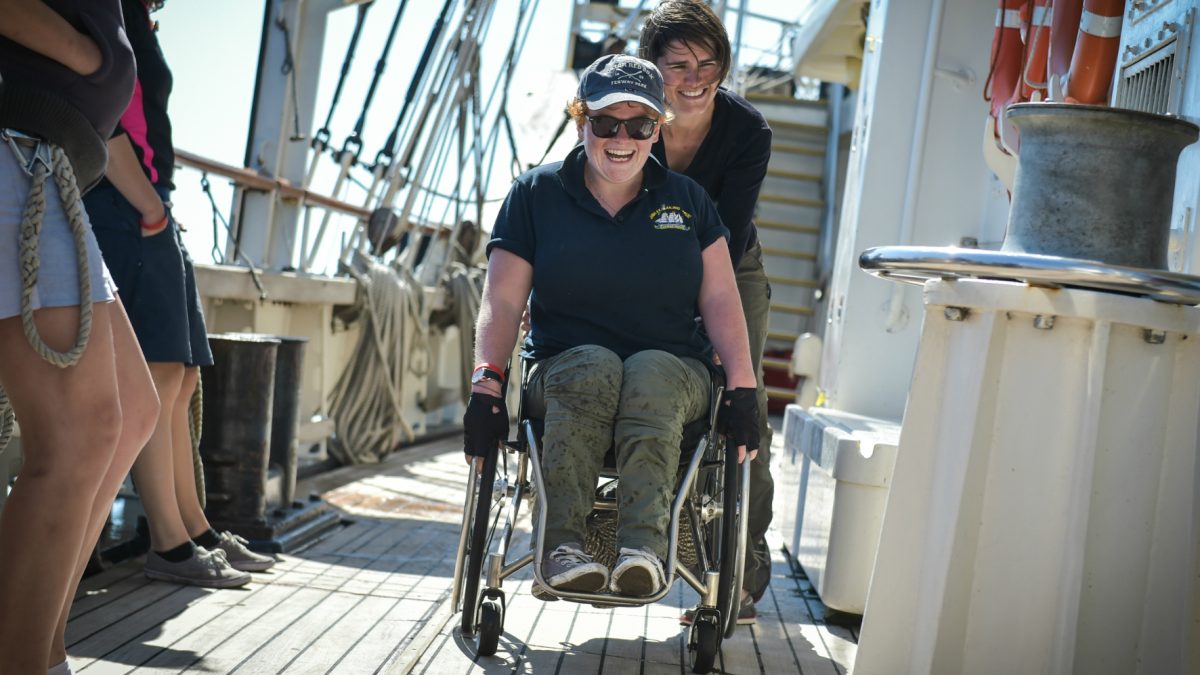 Changing attitudes to disability in the workplace: a study with Barclays and Jubilee Sailing Trust

It shouldn’t come as a surprise that having a diverse workforce has been associated with individual, organizational and societal benefits. The inclusion of diverse individuals leads to higher employee engagement, innovation and creativity, and increasing employment has innumerable benefits for society.

People with disabilities are twice as likely as able-bodied individuals to be unemployed. 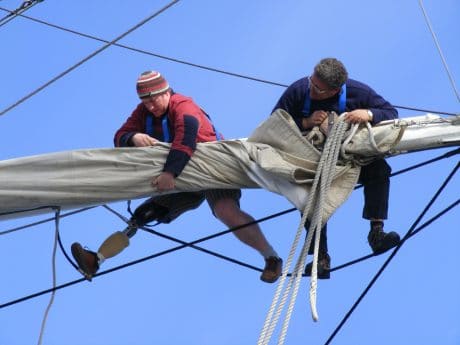 Hult Research struck up a partnership with The Jubilee Sailing Trust (JST) and Barclays to investigate the impact of a corporate social responsibility activity on attitudes towards disability in the workplace.

All aboard: a crew of able-bodied and disabled teammates from Barclays

The Jubilee Sailing Trust provides the opportunity for people of all abilities to sail tall ships on the open ocean.

Crewmembers, of which up to 50% lived with a disability, came together to form one team aboard the JST’s Lord Nelson. Able-bodied Barclays execs and crew members with disabilities were paired up to encourage teamwork and the pursuit of a common goal. Everyone formed part of the crew to actively participate in the day-to-day running of the ship. Crewmembers learned to navigate and steer the ship, work on deck, climb the masts, set the sails, brace the yards and help cook meals. As inexperienced sailors, they muddled together to circumnavigate the U.K. coastline.

How could sailing as part of a team change attitudes?

Since unhelpful attitudes are still one of the key barriers to the full inclusion of people with disabilities, our research looked specifically at the attitudes of able-bodied Barclays execs. We wanted to test the hypothesis that the voyage experience would significantly change their attitudes towards those with disabilities for the better.

This hypothesis was based on research into interpersonal contact, which shows that when people from different social groups come together to work towards a common goal, they are likely to form more positive relationships and hold more favorable attitudes towards each other.

To see whether the voyage had a similar positive effect we measured the exec’s self-reported attitudes towards disability before and after the voyage. We also recognized that most able-bodied people are unlikely to admit to holding negative attitudes towards people with disabilities. In fact, it is likely the case that they have very positive intentions, without recognizing that they still view people with disabilities as fundamentally different from those who are non-disabled– a situation which can still lead to differential or exclusive treatment. To overcome this we used an implicit association test (IAT) which is reported to overcome social disability bias and captured those more subtle aversions we feel about those who belong to different social groups to us. This was also run with the exec’s pre and post. 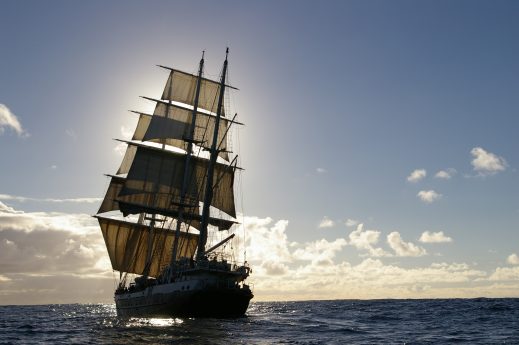 So, did attitudes change?

Participants self-reported attitudes towards disability were more positive after the voyage, and their feelings, behaviors, and thoughts about disability were all significantly more favorable post-intervention.

However, despite this very positive finding, it could still be the case that people were actively choosing their responses to reflect more positive attitudes than were genuinely felt.

The real test was in the IAT analysis:

Importantly, these results showed that participants’ underlying associations with disability had also significantly improved. Qualitative investigation found that this attitude change was facilitated by certain conditions on board the ship, namely the lack of environmental barriers, the out of- comfort-zone elements of the experience and the requirement of teamwork. These conditions paved the way for interpersonal processes to occur which shaped able-bodied executives’ attitudes towards disability. More detail on this is unpacked in the full report.

When people come together on a level playing field and work together, the biases and stereotypes that we hold are weakened.

Experience, exposure, and connection were key to changing attitudes

The message from this research is clear, that many of the negative or unhelpful attitudes that we hold about those we see as different from ourselves, stem from a lack of understanding, exposure, and integration. When people come together on a level playing field, connect, interact and work together, the biases, assumption, and stereotypes that we hold are weakened. Being aware of our bias is necessary, but we need experiences that discredit our negative attitudes to overcome them. Making connections through integration initiatives like this can prevent people with disabilities from being viewed as a homogenous group, and equip able-bodied employees with more positive attitudes and approaches to working with their colleagues.

Read the full report from Hult Research on the diversity and inclusion study with Jubilee Sailing Trust and Barclays.

Hult offers a range of highly skills-focused and employability-driven business school programs including a range of MBA options and a comprehensive one year Masters in International Business. To find out more, take a look at our blog How volunteering prepared me for business school. Download a brochure or get in touch today to find out how Hult can help you to learn about the business world, the future, and yourself.

Grace is a Qualitative Research Specialist at Hult and works on several applied research projects on topics of generational demographics, diversity and inclusion, and workplace engagement. Her research interests are in the areas of psychology, sustainability, and religious and secular belief systems from both an individual and social perspective.