Home > Thought leadership > Train like a boss: Preparing for the mental and physical rigors of leadership 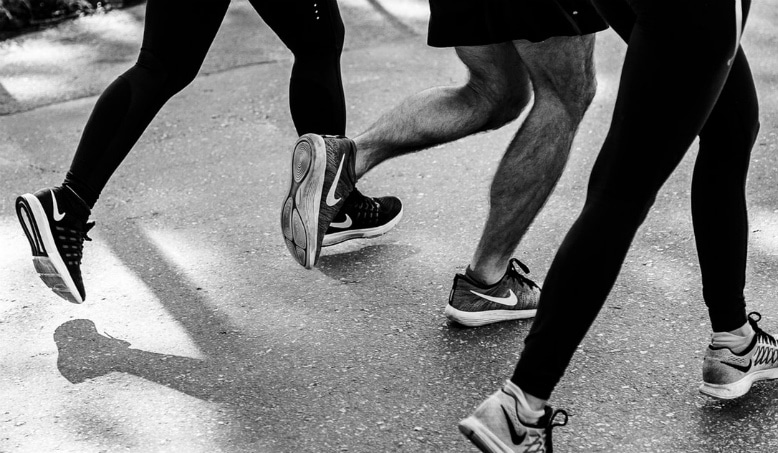 Train like a boss: Preparing for the mental and physical rigors of leadership

At the world’s largest global corporations, chief executives are paying more attention than ever to their health, and learning to train like professional athletes for the physical as well as mental rigors of their roles.

In the aftermath of the global financial crisis, senior directors at McKinsey & Company, where I was then employed, noticed a recurring theme in conversations with CEOs. In meeting after meeting, leaders of big Fortune 500 firms said they felt “overwhelmed.” Running a giant multinational company, chief executives complained, had gotten harder than ever: the pace was faster, markets more volatile, problems more complex.

Those conversations prompted McKinsey to launch a sweeping study of changing requirements for successful leadership in the 21st Century. I was assigned to the task force that did the research. For nearly a year, we interviewed scores of chief executives from big companies all over the world to understand how they coped with the rigors of their jobs.

Some of what we learned is summarized here. But to me, the most surprising discovery was how many chief executives said work pressures had forced them to pay more attention to their physical wellbeing.

Fitness in the face of a VUCA business environment

Many of the executives we spoke with confessed significant difficulty in combatting the strain of travel, jet lag, information overload, and the risk of burnout. It’s unsurprising in an era where technology means senior executives are on-call 24/7. Over and over, CEOs told us they had responded to those challenges by developing highly disciplined programs for diet and exercise.

There was Moya Greene, CEO of Britain’s Royal Mail, who described her morning workouts as a crucial part of her day. “I start at five in the morning,” she said. “The alarm goes off and I’m up. I go for a 30-minute run. I do weight training three mornings a week. I get a good walk every weekend.”

Or Mark Frissora, then CEO of Hertz, who said he never missed a workout. “Every day I do something to relieve stress,” he explained. “It could be lifting weights, it could be running, or maybe it’s just punching a punching bag. It’s an hour every day.”

Among the most committed C-suite athletes at the time was Carlos Ghosn, Chairman and CEO of two giant automakers, Nissan Motors and Renault. His dual roles required him to shuttle to Tokyo, Paris, and a host of other destinations every month. “I have to be very disciplined about organizing everything,” he said.

It didn’t take much effort to identify other C-suite fitness fanatics: Citigroup CEO Michael Corbat, a self-professed devotee of the Spartacus Workout; former Starwood Hotels & Resorts CEO Frits van Paasschen, a vegan triathlete whose punishing morning workouts earned him the title of “America’s most fit CEO”; Vogue editor-in-chief Anna Wintour, who plays an hour of tennis before her 6:45 a.m. hair appointment; Disney CEO Bob Iger, who rises at 4:30 a.m. for his workout, and logs long hours on a gizmo called the VersaClimber.

Tech geeks too are fitness freaks. Among them: Apple CEO Tim Cook, Facebook founder Mark Zuckerberg and Oracle’s Larry Ellison. On the other side of the Pacific, Jack Ma, founder of China’s biggest online retailer, is a master of tai chi, a form of Chinese martial arts. He trains daily with his bodyguard, the grand master from the largest tai chi temple in Ma’s hometown of Hangzhou.

A departure from the “heavyweights” of the past

All this sweating and straining is a far cry from capitalism’s early days, when business heavyweights often were just that. The portly profiles of J.P. Morgan and Andrew Carnegie inspired Gilded Age caricatures of businessmen as double-chinned, cigar-chomping tyrants. As recently as two decades ago, sacrificing one’s health was more or less accepted as the price of climbing the corporate ladder.

Getting ahead meant living at the office, and lots of smoking and drinking with colleagues after hours—all of which took a predictable toll on executive physiques. Not for nothing did Mad Men star Jon Hamm rock a “dad bod” for his role as martini-quaffing ad executive Don Draper.

One sign of a shift in attitudes about executive health came in January 2001, when Harvard Business Review published an essay entitled “The Making of a Corporate Athlete.” The authors, psychologist Jim Loehr and executive coach Tony Schwartz, argued that management experts had neglected the influence of physical capacity on executive performance. Executives, they argued, should train for the rigors of their role just like an aspiring Olympian or professional basketball player.

“The demands on executives to sustain high performance day in and day out, year in and year out,” wrote Loehr and Schwartz, “dwarf the challenges faced by any athlete we’ve ever trained.”

“The demands on executives to sustain high performance day in and day out dwarf the challenges faced by any athlete we’ve ever trained.”

In the almost two decades since, dad bods have fallen out of fashion for CEOs, and executive fitness has become a multi-billion dollar industry. Hospitals and health clinics the world over have found a lucrative niche in operating “executive wellness” programs tailored to the needs of high-powered managers on the go.

A correlation between fitness and leadership ability?

In the modern workplace, overt discussions of weight and physical fitness are fraught with peril. But the relationship between physical health and effective leadership is generally accepted—albeit the subject of recurrent debate.

In 2015, two German scholars sparked controversy with a study finding marathon runners make better CEOs. Other studies have suggested that staying fit can improve an executive’s chances of being selected for a senior leadership role. Research by the Center for Creative Leadership found that executives with big waistlines and higher Body Mass Index (BMI) readings were perceived as less effective in the workplace, both in performance and in interpersonal relationships.

Some corporate boards have come to put increasing emphasis on the physical health of candidates for top management roles. Some also note that today’s CEOs have much higher public profiles than their predecessors, and thus are assumed to be more effective communicators if they “look the part” on camera.

Barry Posner, a leadership professor at Santa Clara’s Leavey School of Business, told the Wall Street Journal he was hard-pressed to name a single overweight Fortune 500 CEO. My (completely unscientific) Google searches of photos of CEOs from the top 100 companies suggest he’s right.

It’s possible that at smaller, lower-profile firms, the correlation between fitness and seniority goes the other way. Loehr, co-author of the “corporate athlete” essay, estimates that 40% of CEOs are technically obese. That’s about seven percentage points higher than the obesity rate for the overall U.S. population. The problem with chief executives, Loehr argues, is that they’re busy and stubborn, and the demands of their role encourage unhealthy behavior.

Ultimately, physical fitness isn’t a guarantee of professional success. Van Paasschen, “the world’s fittest CEO,” left Starwood in February 2015 under fire for disappointing revenue growth. But you don’t have to be a triathlete to stay fit or a cardiologist to recognize that a regular exercise program, if you can stick to it, will improve your mental wellbeing and performance on the job.

Interested in developing your leadership capabilities?
Download a brochure to find out how a Hult degree can equip you with the skills you need to lead in today’s global business environment.

Grow your leadership capabilities with an MBA in international business at Hult. To learn more, take a look at our blog Are you an inclusive leader? or give your career a boost with our Masters in International Business. Download a brochure or get in touch today to find out how Hult can help you to learn about the business world, the future, and yourself.

Clay is an author, editor and fellow at Hult International Business School where he follows technology, economics and global business. He is a former Asia editor at McKinsey & Company, and has held senior editorial roles at Fortune, The Washington Post and the Wall Street Journal.