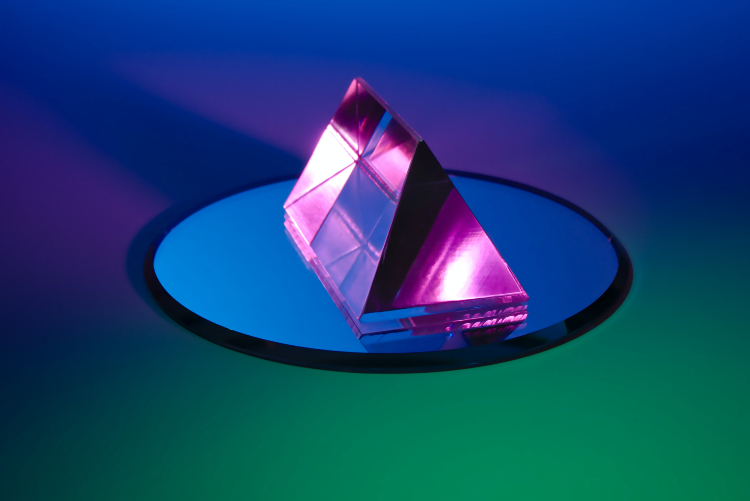 In the second of a three-part blog series for Hult, Professor Davide Rigoni provides an overview on psychological research revealing how leading people who are skeptical about free will, can impact their behavior, and looks at how companies and organizations can benefit from this knowledge.

In my previous post, I reported on the recent psychological research showing that believing in free will may be beneficial for the individual as well as for society. In a nutshell, individuals who strongly endorse free will—the belief that they are ultimately responsible for their own actions and decisions—have better job and academic performance and higher ethical standards than those with a lower level of belief in free will.

Is it possible to change people’s belief in free will?

Let’s do a quick experiment. I want you to read the following extract from the book The Astonishing Hypothesis, by British scientist, Nobel laureate and DNA discoverer, Francis Crick (1994):

“’You’, your joys and your sorrows, your memories and your ambitions, your sense of personal identity and free will, are in fact no more than the behavior of a vast assembly of nerve cells and their associated molecules. Who you are is nothing but a pack of neurons. […] So, although we seem to have a free will, our choices are actually predetermined for us and we cannot change that…”.

How do you feel after reading this? Do you believe there is some truth in the message conveyed?

Are you doubting your own sense of control over your choices?

Several studies have used a similar approach and found that, after reading several statements like the one above, individuals reported a reduced belief in their own level of free will. In other words, just reading about the science telling you that free will is an illusion weakens people’s conviction about free will!

What are the consequences of challenging people’s belief in free will?

Does it really matter if people believe in free will or not? As we saw in the previous post, people who possess a strong belief in free will perform better at their job and even have higher ethical standards. But what happens when this belief is reduced?

Psychological studies revealed that people reporting disbelief in free will after reading scientific “anti-free will” messages tend to show unethical tendencies, such as less helpful behavior, increased racism and cheating, as well as increased interpersonal aggression.

For instance, research carried out by the team of American psychologist Roy Baumeister at Florida State University had students prepare food samples for other students who participated in the same study (Baumeister et al., 2009). The students preparing the food samples were explicitly told that the other students strongly disliked spicy food, and therefore the level of interpersonal aggression was measured by the amount of hot sauce used to prepare the food samples. The results of the study were rather striking: the students who read scientific material against free will used much more hot sauce than those who read a scientific text that was completely unrelated to free will. According to the authors, these findings showed that reducing people’s belief in free will seems to unleash our selfish and impulsive tendencies, which in turn increases interpersonal aggression.

In another study (Rigoni et al., 2015), we measured students’ brain activity while they were performing a psychological task on a laptop. The task asked them to identify specific visual stimuli, such as squares of different colors, by pressing the corresponding buttons on the keyboard as fast as possible. Time pressure typically resulted in students making several errors (pressing the wrong button), and we could see how the brain reacts to performance errors. We were interested in a specific part of the brain known as the anterior cingulate cortex, which functions as a “cortical alarm bell”. It’s important because it gets active when we make mistakes, signaling to the rest of the brain that something is wrong, and we need to put it right.

The results of our study revealed that after reading scientific material denying free will, students showed a decrease in the activity of this brain region. In other words, the brain started to care less about its own mistakes.

Useful insights for companies and organizations

The overall learning for companies and organizations is that individuals are sensitive to messages concerning the level of control they have over their own choices and actions. Even though the studies mentioned above used rational and scientific proof against free will, environmental factors can also make people question if they are fully in control of their own decisions and actions. From this perspective, companies and organizations that inadvertently deliver the message that individuals do not have much control over their own actions could be causing more harm than good.

Netflix and Google have already started to implement HR strategies that revolve around the concepts of freedom and responsibility.

For instance, promoting a low autonomy philosophy by implementing controlling management strategies such as electronic performance monitoring, fixed working schedules and a rigid hierarchical structure presumably decreases the performance of their own employees, and encourages them to behave in a less responsible or ethical manner. On the contrary, employees working in environments that promote a sense of freedom and responsibility are more likely to be more engaged, performing, and ethically responsible. Some companies, such as Netflix and Google have already started to implement HR strategies that revolve around the concepts of freedom and responsibility. The benefits of this freedom-based culture are reflected both in the success of the companies, and in the reported satisfaction of their employees.

Learn to thrive amid uncertainty with a Masters in International Business from Hult. Give your employability a huge boost with an MBA in international business. Get in touch today to find out how Hult can help you adapt to the new ways of conducting global business.

Lessons learned from hybrid teaching in the international classroom

Know your industry: The purpose of finance

Improve your executive decision-making with these economics-based strategies