Home > Thought leadership > Why it matters if you believe in free will or not: Part 1 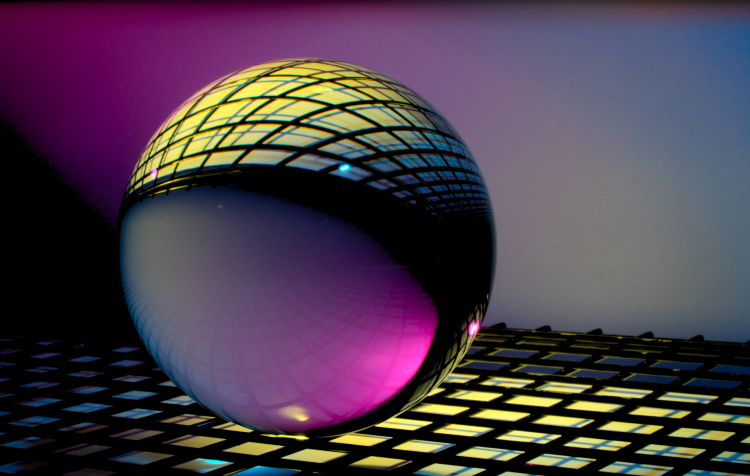 Why it matters if you believe in free will or not: Part 1

In the first of a three-part blog series by Hult Professor, Davide Rigoni summarizes the findings of his research on why believing in free will is beneficial for the society, single individuals, and even for individuals’ brain.

Do you think you have free will?

Do we have free will?

Are we ultimately responsible for our own actions?

Or are we just machines controlled by electrical impulses and chemical reactions in our brain?

The question whether we have free will has been harshly debated for centuries by philosophers and intellectuals, with positions ranging from what is known as hard determinism (free will is just an illusion) and liberalism (we are completely free and in full control of our own actions).

Scientists, in particular, are skeptical about the idea that we have some sort of control over our own decisions and actions because this would go against the dominant view that the human being is essentially a biological machine. As the DNA discoverer and Nobel laureate Francis Crick (1994) put it “even our loftiest thoughts and aspirations are mere byproducts of neural activity. We are nothing but a pack of neurons”!

What does science tell us about free will?

In the last decades, the free will debate has been fueled by studies in neuroscience and psychology which seem to support the idea that human beings are nothing more than a biological machine. Already in the 80s, the American physiologist Benjamin Libet (1983) found that activity in the brain that leads up to voluntary movements, for instance intentionally lifting a finger starts up to two seconds before the person forms the conscious intention to perform the movement! In other words, our sense of free will seems to be a by-product of brain dynamics we are completely unaware of.

What sounds even more shocking is that follow up research (Soon et al., 2008) not only confirmed this finding, but showed that specific decisions such as, deciding to lift the left or the right finger, can be predicted by looking in the person’s brain almost ten seconds before the action is actually made!

What about the brain?

Believing in free will is therefore beneficial not only for the society but also for the individual. But why is that? Since our behavior is the result of processes occurring in the brain, is it possible that believing or disbelieving in free will affects how the brain works? In a series of studies, we investigated if weakening people’s belief in free will would impact brain activity. The participants to the study were first asked to read a scientific text arguing that free will is nothing more than an illusion. Then, their brain activity was recorded while they were engaged in psychological tasks that measured their level of intrinsic motivation. The results were rather astonishing: the participants who reported a reduced belief in free will after reading the text also showed reduced activity in their brain activity during the psychological tasks! Weakening the belief in free will makes your brain less intrinsically motivated (Rigoni et al., 2011).

Does it matter if people believe in free will or not?

These studies confirm that humans are nothing but a pack of neurons and that our sense of free will is nothing more than an illusion. But does it matter if people believe in free will or not? If free will turns out to be an illusion, would this change the way we think about ourselves or even how we behave?

Psychologists addressed these questions by measuring how much people believe in free will and then correlating this belief with other types of behavior. In a large-scale study that examined more than 65’000 individuals around the globe, we found that the more people believe in free will the higher their ethical standards (Martin et al., 2017). In other words, when people believe free will exists, they consider their moral responsibility for their actions and think criminals should be punished for their wrongdoing!

When people believe free will exists, they consider their moral responsibility for their actions.

Although some research hints strongly in this direction, it’s still not clear to what extent people would actually engage in unethical or antisocial behavior. The take home message is, that believing in free will can have important societal consequences because it influences how we behave and how we judge others’ behavior!

Whether we believe in free will or not, it’s important just for our ethical standards, and for people’s performance in academic or job settings. Research has demonstrated that individuals with a strong endorsement of free will, obtain better grades, work more efficiently, and have better career prospects (Feldman et al., 2016). Embracing the idea that we are in control of our own decisions, seems to make us feel more responsible and therefore more engaged in the tasks of everyday life.

Take home message: you better believe in free will!

Regardless of whether free will exists or is just an illusion, science shows that it’s much more beneficial to endorse the idea of free will as it encourages ethical behavior, boosts performance, and keeps your brain motivated!

Crick, F. The Astonishing Hypothesis: The Scientific Search for the Soul (1994).

Libet, B. et al. Time of conscious intention to act in relation to onset of cerebral activity (readiness-potential). The unconscious initiation of a freely voluntary act. (1983).

Rigoni, D. et al. Inducing disbelief in free will alters brain correlates of preconscious motor preparation: The brain minds whether we believe in free will or not (2011).

Learn to thrive in times of constant change with a pioneering business masters degree or MBA degree from Hult International Business School.