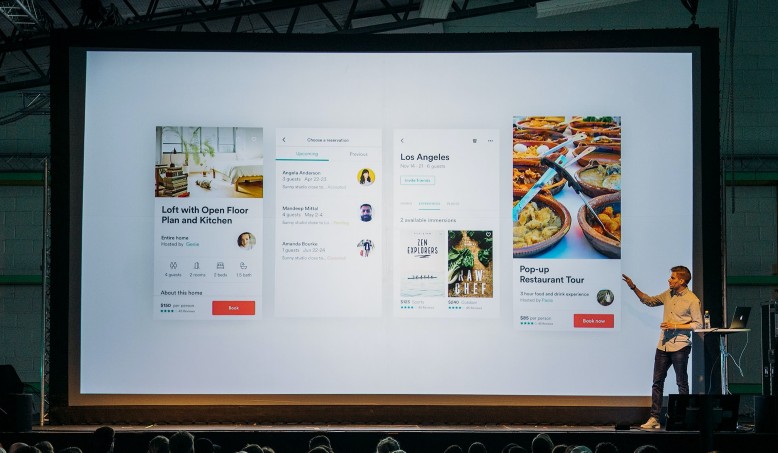 Social media is a rapidly evolving landscape. In order to find their footing, brands, now more than ever need to adapt to these shifts – particularly when it comes to the ever-changing role of influencers and microcelebrities. How should brands harness the power of influencers? How can they work with media creators to craft compelling, authentic content?

Understanding the world of social media influence is a complex task, but thankfully, there’s one person who epitomizes this future. Their name is Omar.

Burly, heavily bearded, and permanently decked out in construction gear, you might expect to see Omar holding a hammer, rather than an iPhone. And yet his Instagram is more active than the average Gen-Zer. His content pops up at a breakneck pace: him on a construction site, drinking coffee, a break for tacos, and then more pics back on a construction site again.

In many ways, he’s the antithesis of a social media influencer. In one post, he details how he started his account just to playfully “compete” with his too-cool teenage daughter. He lists “lifestyle influencer” prominently, and sarcastically in his bio. But to the tune of nearly 500,000 followers, Omar is nothing short of an Instagram sensation.

That is, as the social media world has come to know and love him, he’s a complete fabrication. The account is the creation of Mike McKim, the owner of Austin’s Cuvée Coffee. Together with Bandolier Media, they created “Omar” in the image of the brand — a blue-collar and hard-working anti-influencer. The man featured in the posts was compensated for the photoshoots but had no autonomy over the account itself. A closer look at Omar’s IG reveals that Cuvée Coffee is also specifically tagged in several posts.

What then, is Omar? In a word, Omar is a tactic. He is the personification of a new wave of social influence. And he’s just the tip of the iceberg

[Omar] is the personification of a new wave of social influence.

The past, present, and future of social media influence

To understand how we got to Omar, and where we’re going, we have to go back in time to 2017 — eons ago by social media standards. By this time, influencer marketing was established and the number of micro-celebrities was growing quickly. But from a legal standpoint? It was the Wild Wild West. Eventually, the incredible growth during the mid-2010s brought regulatory attention, and in April, the Federal Trade Commission (FTC) began watching the practices of influencers with a much more watchful eye.

With this invigorated focus, the FTC soon discovered that nearly 93% of influencers are not properly disclosing their endorsements. As a result, they started formally cracking down and serving notifications to both brands and influencers.

When these notices began to hit, many speculated that this was the beginning of the end. But in hindsight, it was the beginning of a new era. With the FTC keeping a close watch, content that directly discusses the product or even uses it too easily could arouse suspicion. Now the influencers had an incentive to be sneaky: give the brand exposure without looking like you’re trying to give the brand exposure.

The science of exposure

You might be asking yourself, well if the influencer isn’t actually promoting the product in their picture (hell, some seem like they don’t even know it’s there), how can this possibly be helpful to the brand? Here’s where the neuromarketing perspective comes in. Even if the influencer isn’t actively promoting the product, it still has a major impact.

In fact, the impact is actually enhanced, not hindered if we don’t think it’s an explicit ad. Arguably, marketing works best when you don’t know you are being marketed to.

This is the neuroscience of exposure. It all starts with familiarity: As a general rule, we humans like familiar things. If something is familiar to us, it means we’ve seen it before, which means it probably isn’t life-threatening. From the standpoint of evolution, non-life-threatening is unequivocally good.

Behavioral psychologists and neuroscientists call this the Mere Exposure Effect. All else being equal, the more we’re exposed to something, the more we like it. And fascinatingly, this preference for the familiar appears to operate completely outside your awareness.

The more we’re exposed to something, the more we like it.

In one experiment, researchers showed English-speaking participants a range of different Chinese characters. No task, just look at them and pay attention. Later, participants were asked to guess what each character meant. Remember, the participants knew zero Chinese. From their perspective, they were just guessing random words — “dog,” “cup,” “handsome,” “soccer.”

Here’s the thing, the guesses weren’t random. If they had seen the character before, even briefly, they were much more likely to assume the word was associated with something positive like “Happiness” and “Love,” despite not having any idea what they actually meant. These results persisted despite the fact that none of the participants remembered having seen the characters before.

Over 200 studies across a wide array of domains have replicated the mere exposure effect finding — you like things the more you’re exposed to them. Similar findings have been noted in animals as well, and even in developing chicks still in the egg. Tones of two different frequencies were played to two groups of fertile chicken eggs. At birth, the chicks preferred the tone they had previously heard.

From the perspective of brands and influencers, covert content is a win-win. It is an optimal tactic for delivering value to brands (who pay them) without attracting unwanted attention from regulators. And with each new creative, integrated piece of content, the line between “organic” content and branded content continues to blur along with an objective way to regulate it.

Social media has galvanized digital marketing like no other medium before it, no surprise here. The influencer branch of the social media tree has further obscured the lines between advertising and organic content and this is why the sway of influencers goes well beyond direct endorsements. In fact, the less direct an endorsement, the more influential it could be. Driven, perhaps ironically, by regulation, the industry is becoming more covert, and in turn, more effective.

This shift comes at a time when overt paid advertising – even with all its targeted precision – is losing its potency, especially for younger generations. Alessandro Bogliari, CEO of The Influencer Marketing Factory, has seen this shift happen firsthand. His agency was one of the first to bring on TikTok influencers and sees this trend as being especially important for younger demographics. “Younger people simply don’t want to click on ads, and they don’t want to be told what they do, even if it’s from a big celebrity. They want to have a relatable conversation, in a way that doesn’t feel like they’re being sold to. For many, Instagram is quickly becoming overly promotional.”

What this all means is that brands, now more than ever, need to lean into promotional content which doesn’t look, seem, or feel like promotional content. Highly polished, curated content ends up looking too much like advertising as people scroll through their feeds. As a result, it misses the opportunity to connect with audiences on a more realistic, approachable, and intimate level. This means engaging with influencers who have genuine connections with their audiences, and who genuinely utilize the products they feature. It also means encouraging user-generated content which, while messy and raw, helps consumers see what the brand is actually about.

More and more, the line between consumer and marketer is blurring. The wall between “real life” and “social media” is being torn down. Content is more integrated than ever before, and clever brands will need to adapt in new and creative ways.

Omar and his “love of coffee” is just the beginning. 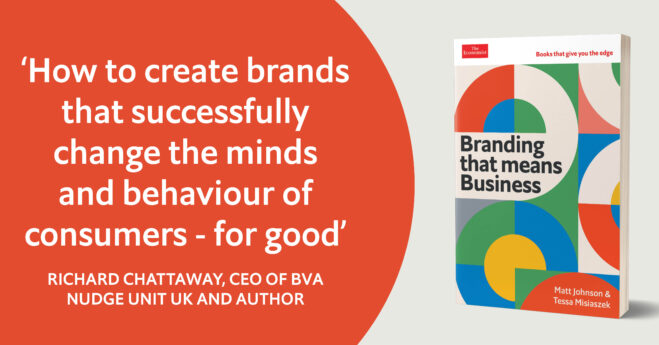 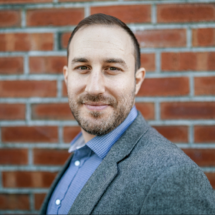 Matt Johnson, PhD is a speaker, researcher, and writer specializing in the application of psychology and neuroscience to marketing. Following his PhD in Cognitive Psychology from Princeton University, his work has explored the science behind brand loyalty, experiential marketing, and consumer decision-making. He is the author of the best-selling consumer psychology book Blindsight: The (mostly) hidden ways marketing reshapes our brains (BenBella, 2020), and Branding That Means Business (The Economist, Fall 2022). Matt is also passionate about helping brands use neuroscience to better understand, serve, and interact with their consumers. To this end, he consults with a wide array of brands, including as an expert in residence for Nike. Matt currently resides in Boston, MA, where he is a Professor of Psychology of Marketing at Hult International Business School, and an instructor at Harvard University’s Division of Continuing Education.