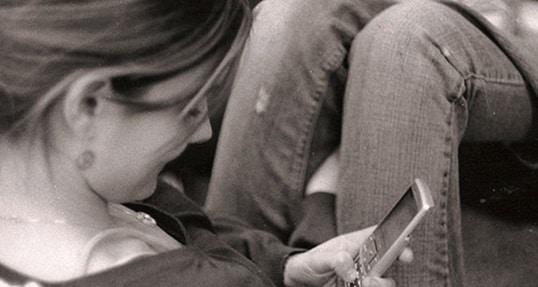 A Professor’s Take on Serial Texters in the Classroom

If you are an instructor, you can receive “instant feedback” on your teaching simply by observing how many texts students send on their mobile phones during class. If a student sends 20 text messages during your three-hour class, your lecture may be lacking and it has probably failed to capture much of their attention. If, on the other hand, a student only sends five texts, your lecture must be excellent and the student is well on their way to an “A”.  Granted, I’m not aware of any major studies to back me up on this yet, but there is something to it.

And I’m not alone in making these observations. In recent years, many of my colleagues and I have noted an upswing in the frequency of students texting during class. Perhaps there is no effective way to stop them from doing so; indeed, they are adults who are capable of choosing their own life priorities so I feel no desire to play parent or policeman.

One thing is clear. Even though students may text more during a boring lecture, the fact that they text frequently says a lot more about their performance in the classroom than it does about my lecture. According to my own observations over the last couple of years, there is in fact a direct correlation between frequent student texting and class performance. I rarely find the “A” students amongst the chronic texters in class.

Of course, one can argue that I’ve got the cause and effect wrong. Rather than conclude that those who engage in “extreme” texting during class learn less (and therefore receive poor grades in the end), maybe unmotivated students who are unwilling to work tend to text more.

Bottom line, it really doesn’t matter which one is cause and which one is effect. As I see it, extreme texting in class is damaging to a student’s learning process. Some of the ways it’s damaging are obvious and seemingly harmless, but they can have consequences that go far beyond the classroom. First, no one can aptly text and listen at the same time, and when texting trumps listening, students can miss out on valuable insights and crucial information. Second, constant texting can become a very bad habit that can be far more damaging in the professional world than in school, where a job, not just a grade, is on the line. The inability to resist the temptation to check text messages – and respond to them – may not go over well in staff or client meetings.

Another pattern that I’ve noticed has to do with note taking – or the lack thereof. Those students who text frequently are the same ones who don’t take notes. And since I don’t use PowerPoint slides in my lectures, it makes listening and paying attention all the more vital. I doubt that the act of switching between the phone and the pen is just too onerous and demands a lot of physical effort. Perhaps this does not sound like a serious issue, but to me it is. Even though texting on the surface represents only a fleeting moment of diverted attention, it is a moment away from being engaged in learning. Granted, some students are probably auditory learners who do not really need to take notes. But if you’re not bothering to take notes and you’re not an auditory learner, that omission inhibits the learning process. Perhaps of greater concern is that if students text frequently in all their classes, they are effectively, and perhaps unwittingly, abandoning their entire education!

It’s clear that frequent texters know that they should not be texting in class. This is evident when I stand close to where they sit; they quickly conceal their phones or simply put them on a desk in front of them as if to tell me: “Texting? No, I’m listening to you!” In all honestly, I can appreciate that it’s hard to stay focused for the entirety of a three-hour class, and that it may be difficult for students to retain everything I say during a lecture. But the task of taking in and processing a lot of material is certainly much harder if a student is having a text conversation at the same time.

So as much as it may seem like sending texts is harmless and simply makes a class period go by more easily, it’s at the cost of performance in the class: lower grades will drive home that point. It can also lead to a very harmful habit that could follow students into the professional world. Therefore, I believe that texting should be kept to a minimum and that students should develop the resolve to resist texting during class. But then maybe I’m making a fool of myself here. All of this can most likely be explained by the fact that my lectures are simply lousy and boring. Just don’t let me know via text.

Terence Tse is a professor of managerial economics at Hult International Business School and Hult Labs Fellow. He is also a researcher and author in the field of corporate finance, economics and strategic management. His articles – in English, Italian, Chinese and Greek – have appeared in different publications including the Economist and Harvard Business Review. He received his PhD from the Judge Business School, University of Cambridge in the UK.

Grow your leadership capabilities with an MBA in international business at Hult. To learn more, take a look at our blog Hult scores in top 20 in The Economist’s Which MBA? ranking for 2019, or give your career a boost with our Masters in International Business. Download a brochure or get in touch today to find out how Hult can help you to learn about the business world, the future, and yourself.