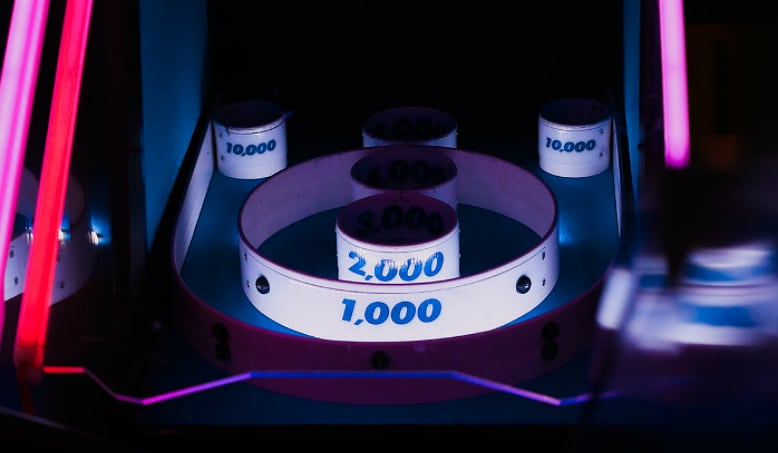 A few weeks ago, I ordered an Uber to take me to London City Airport. On the way, we got stuck in some heavy traffic, and I happened to strike up an amazing conversation with my driver.

When the driver dropped me off, he said, “I am giving you five stars”—the highest ranking on Uber’s passenger review system. Although I don’t usually rank my Uber experiences, I reciprocated with five stars as I felt it had been a meaningful encounter, too.

But, it did get me thinking. How will I behave the next time I get into a situation in which I can be publicly ranked as a user, based on my interactions and behaviors? And what are the consequences of my social score on the perceptions and behaviors of others towards me?

Punishing the bad and rewarding the good: Social scoring in the digital age

Although the benefits and attractiveness of review systems are widely cited in business, they raise some big questions. What are the long-term effects of their usage on society? And how else could social ranking systems be used to categorize or score people?

For example, if a social scoring system is used to categorize citizens, what criteria should be used to rank people at a national level? What are the consequences of such a ranking on social interaction, resource allocation, and well-being? And finally, who operates or curates the system?

This article will address the widespread usage of social ranking systems in our society and discuss the potential psychological and behavioral consequences.

“Although the benefits and attractiveness of review systems are widely cited in business, they raise some big questions.”

What are social ranking systems and how are they being used?

Social ranking systems have been around for as long as civilization itself—for better or for worse—as a way to categorize or highlight differences in social groups. In the distant past, social scoring could be based on status, origin, resources, family ties, education, and even what people said about you.

Not too long ago, financial credit firms were one of the first to use complex data streams to assess payment risk and provide loans to consumers based on their assessment. Interestingly, credit firms identified the benefit of using information about one’s social network to assess risk. It seems that the people you associate with are a key indicator of your own behavior.

Modern social ranking systems still use similar demographic and behavioral data. However, with the advent of the internet and online social networks, it’s now possible to use various data sources and sophisticated techniques to determine one’s position within a social system. This provides new ways of utilizing social ranking mechanisms in the online space, far beyond the realm of loan provisioning. 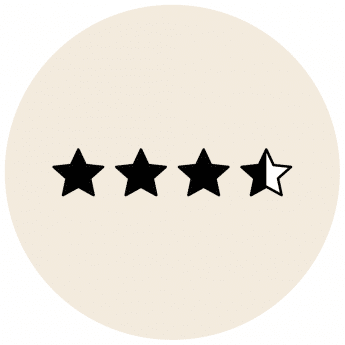 Online platforms like TripAdvisor and Booking.com allow customers to provide a review of the service they experienced. And these user-generated reviews act as a form of social-validation and authority.

Reviews not only affect the likeability and demand of a service, but also impose a level of control over how service providers and customers should interact with each other, based on expected behaviors governing the system.

Many consumer brands, hospitality providers, and media channels have recognized the power that “influencers” (someone with over 20,000 followers) have on specific target groups (e.g. #fashion, #travel, #food). They also recognize the effect that influencer-based marketing has on the “virality” of commercial messages.

With a little financial investment and clever targeting, you can generate high brand awareness quickly and organically, something that aligns well with search engine and social media algorithms. 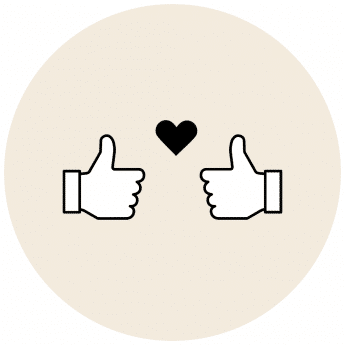 More recently, we are seeing the application of dual-review ranking systems, or “reciprocation scoring systems” (RSS) as I call them.

The purpose of RSS is to ensure that both parties conduct themselves in a mutually acceptable manner. This allows for certain behaviors, which either go above and beyond those expected or are deemed unacceptable, to be flagged as an above or below average score.

The benefit is that it gives the service provider an immediate voice—and therefore power—in the exchange. 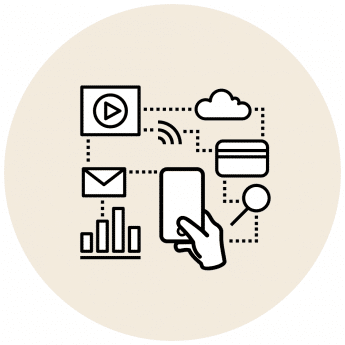 Besides businesses, governments and public institutions have also shown a deep interest in the application of online social ranking systems.

The purpose of a social credit system is to socially engineer acceptable behaviors, promote good conduct, and control a society based on the norms and values governing its system.

One country that is openly experimenting with social ranking on its citizens is China. China currently has a plan to launch a working social credit system by 2020, in order to rate more than 1 billion citizens and assess their trustworthiness.

According to various media outlets, this social credit system evaluates citizen trustworthiness based on a complex combination of personal data, like demographics, online and offline behaviors, and social network.

This means that if someone forgets to pay a fine, says something unacceptable online, buys a certain product, cheats on a state exam, leaves a bad review, or just mingles with the wrong type, it could negatively affect their social credit score and limit their access to specific public resources (e.g. travel, financial loans, housing, and education).

The Chinese government has been rolling out their online system for the past several years, collaborating with local tech giants and experimenting with different variations of its credit system to test its efficacy as a social control mechanism. Recently, the media has reported that China’s social ranking system is already having an effect on society and that people living in China appreciate the implemented ranking system as they are noticing positive changes in public behavior.

“The purpose of a social credit system is to socially engineer acceptable behaviors.”

The pros and cons of social ranking systems

The usage of social ranking systems in today’s highly sociable and interconnected world seems like the perfect mechanism to allow complex adaptive systems to function autonomously.

What do the different social ranking systems mentioned above have in common? They all allow agents of the system to evaluate the qualities, experiences, and behaviors of others to distinguish between those who benefit the system and those who don’t.

Another commonality is the categorization of people and the effect categorization has on identity, popularity, power, and resource allocation. Finally, all these systems have a script in place that lays out the prescribed norms, values, and behaviors that govern the system (e.g. algorithms, beliefs, laws).

However, one must wonder what the effects of social categorization are on social integration and how social ranking systems can affect behavior in the long run.

“One must wonder what the effects of social categorization are on social integration and how social ranking systems can affect behavior in the long run.”

Your network is your net-worth

Despite being a seemingly effective marketing strategy, what are the consequences of using influencer-based marketing techniques? Can the amount of Instagram followers or YouTube Subscribers affect one’s success in business and in life? Absolutely!

In Rotterdam, for example, some prime real estate owners are using online platforms to decide who to rent their high-end property to. To be able to rent an A-class apartment in the city, you need to register online using an Instagram account. Preference is given to those who have a big online following. Marketing initiatives utilizing such techniques aim to increase awareness and attractiveness of their rentals and, consequently, boost the price of their property.

Another example is influencer-based discount apps, which allow people to receive discounts on meals or products based on the amount of “likes” they can get within a restricted time period. These new marketing techniques help to promote brand awareness and online engagement, benefiting the technically savvy and those with a large online following.

The down side of a comparatively low or negative ranking is that finding opportunities to redeem yourself and improve your online social score becomes limited and takes considerable time and luck to improve. This situation can actually reinforce negative attitudes and behaviors. This can lead to rebellious behavior, isolation, de-individualization, and polarization.

High or positive online social ratings might motivate people to behave differently too, forcing people to conform to socially desired standards and to only engage with people of similar or higher social standing. This limits social integration and widens the gap between those ranked “low” and those ranked “high.”

Who is in control?

All online social ranking systems are based on complex algorithms, evaluating various kinds of data streams to assess position. The issue with online ranking systems is that their algorithms have been artificially designed. How they work is unknown to the public.

This lack of transparency makes it hard to know who designed them, what criteria are being used, and how the algorithm computes these criteria. Moreover, algorithms can easily be manipulated. This has a direct impact on the functioning of the online system, placing considerable power in the hands of the developers or the code that governs its operations. If online social rankings will govern behavior at various levels of society, who will curate the system?

“If online social rankings will govern behavior, who will curate the system?”

Food for thought: The future of social ranking systems

So, how will online social credit systems be used by and on citizens of the world? And what function will these systems fulfill in society in the future? Should people be provided or denied access to certain resources or groups based on their ranking? And how applicable are social credit systems, like those currently being used in China, to other countries around the world?

Many questions come to mind when reflecting upon the purpose, mechanisms, and potential consequences of using social ranking systems. These questions cannot all be addressed in a single article, but hopefully provide food for thought and further debate.

To find out how Hult’s curriculum stays on the leading edge of disruptive innovation and digital trends, download a brochure.

Like game changers? Break the mould in the business world with a Masters in Disruptive Innovation from Hult. To learn more, take a look at our blog The Young and Disruptive, or explore overall business challenges with a Masters in International Business instead. Download a brochure or get in touch today to find out how Hult can help you to find out everything about the business world, the future, and yourself.

Ali Fenwick is Professor of Organizational Behavior and Innovation. At HULT, he teaches Leading for Innovation, Organizational Behavior, Behavioral Economics, Management Psychology and Leadership Development. Ali’s research focuses on the behavioral foundations of organizations and management and explores how psychological interventions can be applied within the (digital) workplace to increase employee well-being and organizational performance. Ali is also the Founder and CEO of LEAD TCM&L™, a global behavioral science advisory firm developing nudges and psychological interventions for Business, Education, Government, and NGOs. Ali is a Harvard Business Review Contributor, TEDx and Keynote Speaker, Conference Chair, Author, and Strategic Advisor.

Socially Responsible Business at Hult: An Adventure In Pedagogy