Home > Careers > Why should you do an MBA? 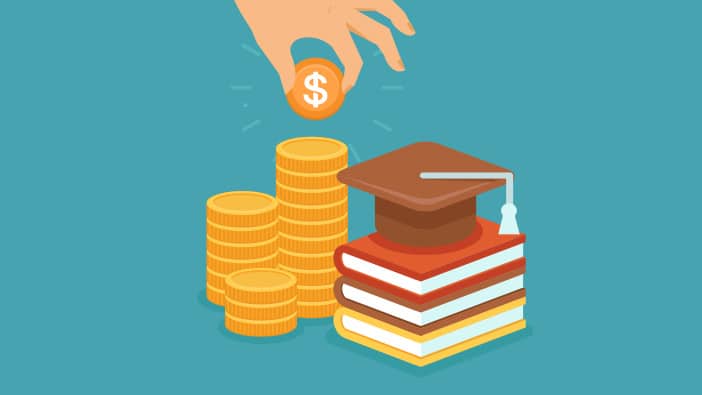 Why should you do an MBA?

Since the global financial crash of 2008, MBAs have been decreasing in popularity and their value is being called into question more and more. Requiring time out from work and program fees in the tens of thousands of dollars, they require a significant investment of time and money. It’s no wonder people are asking: why do an MBA?

Does an MBA pay?

The biggest motivator for doing a Master of Business Administration degree was traditionally that it would result in a bigger salary. So is that still the case? The short answer is yes. Across the board, graduates are still seeing massive salary increases compared to their pre-MBA positions. Our own graduates, based on The Economist 2014 figures, see an average 122% increase in salary in as little as three months after graduation.

According to the Financial Times: “Those who graduated with a full-time MBA in 2011 earned an average 92 per cent more three years after finishing their degree than they did before starting their course.”

But there is a slow down in the rate of financial return. The FT states: “In 2003, alumni from 82 per cent of schools in the ranking saw their salaries increase by more than 120 per cent over a four to five year period. In 2015 just 7 per cent saw the same increase.” The reasons for this are more complex than you might think. The Financial Times points to the increase in women taking MBAs as a contributing factor, and the decrease of graduates moving into high-paying finance jobs.

Women are still taking home considerably less than their male counterparts, with the average gap at $18,000. And with the global economic turbulence still being felt around the world, the finance industry is less attractive to MBA graduates, with less of them choosing a finance career that still offers considerable financial rewards for those willing to enter this risky business. According to the Financial Times, these two factors combined have considerable impact on recent figures for MBA graduates’ salaries.

The financial return that you see on your degree will depend to a great extent on what you were doing before. Highly paid finance workers who earn an MBA and then continue their career in finance are unlikely to see it have a significant or immediate effect on their salary. Conversely, those making a drastic career change – say from engineering to management consulting – can see a dramatic salary increase.

It’s not just changing industry or function that has the big impact on salary; changing location also has an effect. Something we’re seeing in the movement of students around our global campus network is that the role that location plays is also changing. The benefits of the obvious moves from regions where salaries are less across the board, say from India to the U.S., still hold true today. But what’s clear is that other, less traditional moves from stagnant, saturated markets to ones where growth is fast and demand is high, are also having a significant impact; for example from Europe to the Middle East. Hot job markets change and evolve with movements in the global economy, and it’s worth bearing this in mind when considering where to base yourself for your post-MBA job and longer-term career.

MBAs in the U.S. vs. the rest of the world

Business schools, and the MBA, were born in the U.S. But it is primarily in high-growth markets, such as China and the U.A.E. where, business schools and MBAs continue to see fast-growing demand.

Many who are only interested in attending business school in the U.S. and pursuing a career in the U.S., don’t look beyond the ten or twenty best-known schools. But the chances of getting into these programs are so small, the number of candidates able to afford them fewer still, and the years it takes to start seeing a return so great, that it is little wonder alternative routes are becoming more attractive.

Those who want a career in the U.S. but for whom Ivy League business schools aren’t an option, are finding international schools provide the U.S-accredited degree and the international experience that give them the route into the U.S. job market they’re looking for.

Similarly, domestic students in the U.S. may find that the international experience and forward-thinking curriculum available in schools outside the U.S. is what can differentiate them from the ranks of business school graduates in their home country.

Do an MBA or go your own way?

So MBAs still offer big financial rewards and career-changing results. But the criticism often heard is – ‘I can get to the same place without a degree, so why bother? It’ll take longer, but I’ll save on program fees.’ This is true to some extent – gaining experience through standard career progress, starting your own business, building your own network; many a successful business leader has risen through the ranks in this way.

But gaining firsthand experience outside your current role or industry – particularly with multinational corporations – is a challenge to put it mildly. Similarly, starting your own business comes with risks of its own. And no matter how savvy or charismatic a networker you are; the introductions to top employers, and connections to thousands of alumni across the world that a business school provides would take a lifetime to replicate on your own steam.

For some, the impetus to do an MBA is not to switch careers but to rise higher, quicker, in their current field. Here, the value of the methodology employed by the program really comes into play.

“What we teach on our MBA is what you might get after you’re already successful and your company chooses to invest in you. What we’re doing here is what I was doing with top-level execs as a leadership coach.”

MBA students are results-oriented, and that’s the way it should be. It is only right to ask – what material gains am I going to see from this investment? But what can be overlooked is the value of a business education as just that, an education. The opportunity for personal growth and skills development that a truly valuable learning experience offers is often what has the most profound and long-lasting impact on students.

And it is these skills and experience that employers really care about, and that really matter to your long-term career. As Katharine Boshkoff puts it:

“Employers care: can you build the business. We give you what employers need to build the business, which is teamwork, resilience, self-awareness – real skills for real business. The value isn’t just in the degree; it’s in the pragmatic, useful education.”
Sources:
‘Boost to earnings from MBAs falls’, Della Bradshaw and Laurent Ortmans, www.ft.com
GMAC Application Trends Survey 2013

Make the most of what your career has to offer with a Masters in International Business from Hult. To learn more, take a look at our blog Hult scores in top 20 in The Economist’s Which MBA? ranking for 2019, or give your employability a huge boost with an MBA in international business. Download a brochure or get in touch today to find out how Hult can help you to explore everything about the business world, the future, and yourself.