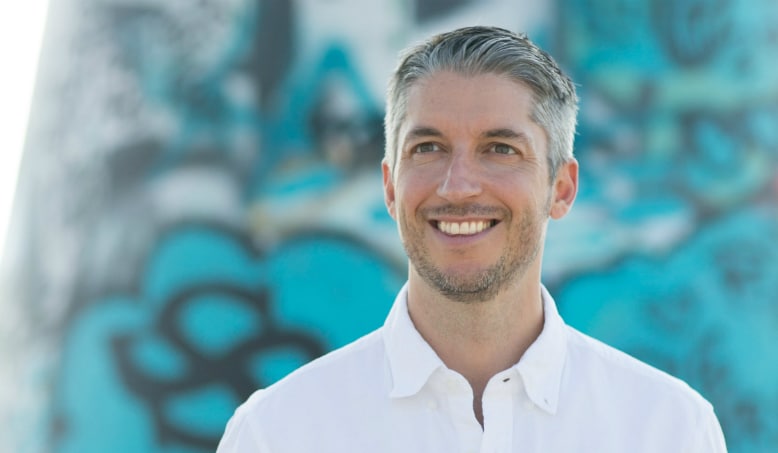 Is there a secret formula for success? What do the world’s foremost thought leaders, inventors, and entrepreneurs have in common? Is it down to luck? Tenacity? Background?

These are the questions Napoleon Hill explored in the early 20th century, culminating in the publication of his legendary success manual, Think and Grow Rich. The method he outlined for achieving desired prosperity made his book, originally published in 1937, an enduring bestseller. 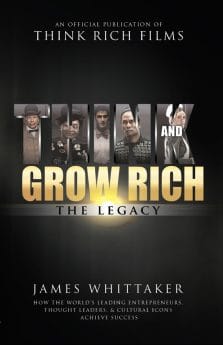 His book, released in conjunction with a major motion picture, demonstrates that the potential for extraordinary success and fulfilment isn’t predetermined by factors like age, race, or socioeconomic background.

We spoke to James to find out more about his recent project and life after Hult.

What did you get up to after completing your MBA?

After graduating in Boston, I moved to LA and launched some companies in health and fitness.

It was an interesting contrast to the 10 years I spent in financial planning and made me realize how important it is to give people the tools to take ownership of their financial, physical, and mental health, rather than just one of those areas.

Give us a brief overview of the Think and Grow Rich project. Where did the idea first come from?

I met the film producers and we got along very well from the get-go. I loved the idea of bringing the bestselling self-help book of all time to the big screen, and they appreciated how much I understood their grandiose vision for the project.

I asked them if they had plans to release a book with the film, but at that point they were so busy on day-to-day production that they hadn’t been able to explore it in much detail. A week later, in a phone call with the CEO of the project Sean Donovan, I told him what I thought they should do with the book. He didn’t say anything for about 20 seconds, and then said, “Wow…that’s amazing!”

He asked me if I could write it for them, I said it would be my pleasure, and from that moment I came onboard as co-executive producer of the film and author of the book.

How did you approach the project? Was it intimidating to revisit such a well-known book?

Most people ask me how it felt to be rewriting one of the most famous books of all time, but it’s like rewriting the bible—no one could ever do it justice, so I was careful not to overthink it or put too much pressure on myself.

The way I’ve written the book is that each chapter is dedicated to a modern interpretation of Hill’s principles, what he coined as the “achievement philosophy,” and then followed up with unique stories of people who have been able to radically change their lives through a simple shift in thinking.

By doing this, my aim is to make Think and Grow Rich: The Legacy a perfect modern companion to the original book, rather than a replacement.

What success story did you personally find most inspiring? Why?

The story I found most inspiring was a woman named Janine Shepherd. Her TED Talk has more than 1.4 million views and it’s literally the most incredible story I’ve ever heard.

In 1988 Janine was a cross-country skier, tipped to win gold at the Winter Olympic Games in Calgary later that year. On a training bicycle ride in the Blue Mountains, she was hit by a truck and her entire life was shattered. I won’t spoil the rest of the story, but the TED Talk gives a great overview and you can read all about her recovery and resurgence in Think and Grow Rich: The Legacy.

So many of us dwell on what we perceive as being rock bottom, whether that’s being made redundant from a job, the breakdown of a relationship, or financial difficulties. But adding the most brutal physical trauma on top of that, and having your entire identity erased, is true rock bottom and something very few can comprehend. Hers is an astounding story from an incredibly courageous woman.

What’s the one takeaway from Think and Grow Rich: The Legacy that you feel is most relevant to Hult students?

Hult students are famously diverse: from every country on Earth, in every industry, and of all backgrounds. I think the common theme among them, though, is the commitment to excellence.

Everyone enrolls in Hult because they want to prove something to themselves and fan the flame of ambition burning within.

The book aims to help people in a similar way. Each story shows that it’s the consistent application of proven success principles that catapults ordinary people to extraordinary achievement. Too many people get caught up with searching for the magic pill to success. The key is to do the basics well and do them consistently.

The Hult environment is intense, involving the pressure of grades, the rigors of preparing for a post-Hult career, and the challenges of a truly diverse student body. Think and Grow Rich: The Legacy encourages people to embrace their struggles.

The stories in the book prove that, if properly channeled, the adversity people face is what ultimately spurs them on to taking ownership of their lives and stepping into their true selves. The decision to triumph begins with you—always.

“Too many people get caught up with searching for the magic pill to success. The key is to do the basics well, and do them consistently.”

What’s the biggest lesson you’ve taken with you from your time at Hult?

I mentioned this during my address at graduation, and it still rings true: “Seek first to understand, and then to be understood.” It comes from Stephen Covey’s Seven Habits of Highly Effective People if I recall correctly, and was the theme of one of our classes during my MBA experience at Hult.

In the world of instant gratification, we’re too quick to open our mouths rather than our ears. This is especially true when we don’t know other people well or don’t have a proper understanding of their culture.

The best-performing groups for projects throughout the Hult MBA program were ones that embraced their diversity and found a way to use it to their advantage. Not only is it a great social skill for building friendships and rapport quickly, it can be a powerful negotiating tactic for business.

What advice do you have for a Hult student who might be interested in getting into publishing or film production?

My advice to Hult students would be: tap into your inner voice. We all have stories worth telling and sharing with the world, but sometimes our own lack of confidence and fear of criticism can stymie our creative efforts.

From an early age, we’re conditioned to follow the traditional route of getting a stable job, buying a home, and settling into life in the suburbs without much excitement. But for those who have that burning desire to do more should explore those feelings.

The outline I give people during my keynote presentations is:

First, get clear on what you want.

Second, come up with a bulletproof plan.

Third, get out of your comfort zone.

Fourth, surround yourself with winners.

And finally, embrace the struggle.

You will see that outline consistently in every single story in Think and Grow Rich: The Legacy, and it’s the key to succeeding in any area of life.

“Tap into your inner voice. We all have stories worth telling and sharing with the world, but sometimes our own lack of confidence and fear of criticism can stymie our creative efforts.”

What’s next for you?

There’s a few surprise projects in the works, but I’m most excited about continuing to build a speaking career in the U.S. and show as many people as possible that everything they need to succeed is already in their possession.

I’ve also got two more book projects underway, am an early stage investor in a number of businesses, and have my own wedding in April. Life is busy, but good!

For more inspiration, you can order a copy of James’s book Think and Grow Rich: The Legacy on Amazon. You can also download the eBook here, or watch the film online.

Grow your leadership capabilities with an MBA in international business at Hult. To learn more, take a look at our blog Hult scores in top 20 in The Economist’s Which MBA? ranking for 2019, or give your career a boost with our Masters in International Business. Download a brochure or get in touch today to find out how Hult can help you to learn about the business world, the future, and yourself.