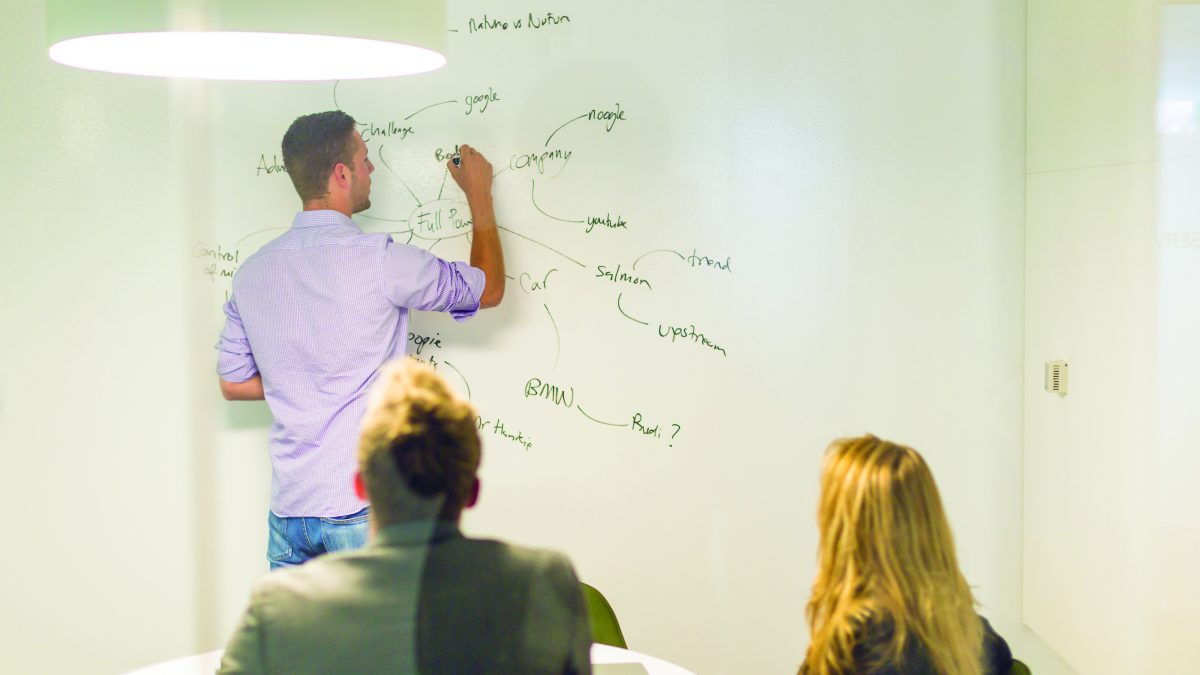 The danger of “hypotheses” for entrepreneurs when designing new ventures

– Inigo Montoya in The Princess Bride

How “hypothesis” has entered the lexicon of entrepreneurship

The word “hypothesis” has celebrity status. From Ancient Greece through the Enlightenment to Total Quality Management, the process of hypothesis testing provokes thinkers and researchers to elucidate a reasonable assertion. The goal of the exercise is to identify a hidden, surprising, immutable truth – or to falsify the assertion so as to find the truth elsewhere.

The notion of hypothesis testing has recently invaded the practice of entrepreneurship as a tool to construct new ventures. McGrath’s Discovery Driven Planning, Ries’s and Blank’s Lean Startup Method, Teece’s Dynamic Capabilities, and Kelley’s Design Thinking all advocate that entrepreneurs use the process of hypothesis testing to design and refine new venture ideas.

The notion of hypothesis testing has recently invaded the practice of entrepreneurship as a tool to construct new ventures.

However, these theories employ the term “hypothesis” in a manner that is inconsistent with its history. This divergence is at best misleading, and at worst counter-productive. This article illustrates and explains how the formal, traditional definition of a “hypothesis” differs from its contemporary usage in entrepreneurship in four areas: source, significance, stability, and stopping. It concludes with a suggestion for renaming the object of testing from a “hypothesis” to a “dynamic conjecture” to assist entrepreneurs in designing better ventures.

Take, for example, Alejandro, a Masters student at Hult International Business School in San Francisco. He and his team were considering a new business to provide additional, curated information to visitors in national parks throughout the United States. As his professor, I asked him to enumerate several hypotheses about the attributes and expectations of the venture’s most likely customers.

The team was intimidated by the word “hypothesis.” In their view, this is the realm of brilliant thinkers like Galileo and Darwin, nuclear physicists, and geneticists. In their early education, they may have replicated experiments, but few students create a hypothesis from scratch as scientists do. This revealed the first problem with hypothesis elucidation: what is the source of these initial assertions? Many research fields explicitly build upon the published results of prior researchers, hoping to “add a single brick to the wall” of academic literature. Not so with entrepreneurship. Entrepreneurs may be intentionally exploring untrammeled territory, but there is no public repository of the experiments of prior explorers.

This is the realm of brilliant thinkers like Galileo and Darwin, nuclear physicists, and geneticists.

Dropping the word “hypothesis” and instead asking students to make “educated guesses” mollified their anxiety, but created other problems. Ironically, they swung too far in the other direction, proposing a raft of sometimes useful but mostly trivial assumptions. Several of their hypotheses about latent customers’ problems with existing newsletters and websites offering advice and updates about national parks were insightful. But many of their assumptions about the federal politics around National Park budgets were way off base.

Determining the benchmark for new ventures

A second area of concern is significance. Hypotheses in traditional science enjoy a well-known standard (“p<.05”) to determine if a predicted outcome is sufficiently different than what would have occurred due to random chance. Entrepreneurs do not have this luxury. For instance, Alejandro asked “How much customer demand is enough?” Even complex, probabilistic financial models do not provide a clear picture of future market conditions. Alejandro’s prediction was that a profit of $100 per sale could sustain a response rate of 1%, but he admitted that this was a tenuous assertion due to the multiple other possible conditions that applied to his sample but which might not apply to other audiences.

Even complex financial models do not provide a clear picture of future market conditions.

Significance also depends on the structure of the hypothesis. Alejandro started with a hypothesis that declared, “Some of the people in my target audience will like my idea.” This is falsifiable, but too general. It can only be rejected if absolutely no one finds any redeemable feature in his proposed service. This evolved into, “At least 5% of the people entering Yellowstone National Park show sufficient desire for additional information that they would stop at a road-side kiosk.” The conditions for falsifying this assumption are much clearer and actionable. But the thresholds for significance must be tailored to each venture, with little assurance that they hit the sweet spot between overly strict (which would cause an entrepreneur to ignore a feasible but not obvious business idea) and overly loose (which might signal the entrepreneur to launch an unprofitable idea).

The fluctuating nature of new business

This leads to the third area of concern: stability. A traditional hypothesis intends to expose an underlying universal, hidden truth. Newton found the force of gravity that applies to all contexts (at least until Einstein’s relativity). In entrepreneurship, the demand for a particular service might be isolated to a particular audience in a particular location, and it can also be fleeting.

The goal of an entrepreneur is not to discover truths about human nature, but instead to identify brief blips where customers have unmet needs. Alejandro’s team recognized that advice for travelers in Yellowstone National Park, a large popular park in the Rocky Mountains, attracts different customers with different needs than visitors to the tiny remote Dry Tortugas National Park off the coast of Florida. Moreover, this demand fluctuates dramatically by season and by year, as the costs of travel change.

The goal of an entrepreneur is not to discover truths about human nature, but instead to identify brief blips where customers have unmet needs.

This issue of stability is also compounded by the probability that an entrepreneur even creates demand through conversations with customers during the process of testing hypotheses. The affirmation to a hypothesis might only occur because the entrepreneur and potential customer brought the problems and solutions to light. For instance, Alejandro and his team found that many of their respondents had not previously sought guide services in a national park. But during the conversation, many realized that they would have had a more enjoyable vacation if they had sought such advice. After that customer epiphany, Alejandro’s task narrowed from market creation to product fit, determining the features and functions of the service. He also had to understand the time, effort, and cost for creating similar epiphanies in other potential customers.

Knowing when to stop

The final concern for the use of the word “hypothesis” in entrepreneurship relates to knowing when to stop testing. A traditional researcher’s goal is to test and report. Failure to confirm a hypothesis may be the end of a research project. The game is different for an entrepreneur.

Failure to confirm a hypothesis should prompt the entrepreneur to shift some of the conditions of the hypothesis and try again. The entrepreneurial process is recursive, where each iteration alters the assumption being tested. What is unethical heresy to a researcher is a necessary pivot for entrepreneurs designing a new venture. But this process does not give entrepreneurs any indication of when the concept, or its derivatives, are simply unfeasible and should be abandoned. This issue lies at the confluence of ambiguity over thresholds of significance and stability.

In the end, my student Alejandro found that many of his original assumptions about customer demand for guide services in national parks were simply wrong. So he threw them away, replaced them with alternatives, and returned to testing the new assumptions. These, too, proved problematic. Eventually, with the course at Hult drawing to a close, Alejandro conceded defeat. Without an external clock, the process of hypothesis testing does not give entrepreneurs insight into costs and benefits of perseverance.

These four areas of hypothesis testing – source, significance, stability, and stopping – undermine the adoption and utility of using hypotheses to build new ventures. We can solve some of these challenges by re-orienting students with a label that provokes different expectations. The term “conjecture” is not as imposing as a hypothesis, but is more formal and weighty than a mere guess. Because it is not typically used in formal research disciplines, it has no pre-determined expectation for significance. There is no specter of p<.05 for a conjecture. We can also insert the transience and role of co-creation in customer demand adding the adjective “dynamic.” This term invokes other tools and processes that use the term to recognize the repeated, recursive nature of business design.

The rise of the word “pivot” in entrepreneurship replaced the phrases “failure” or “bad assumption” in the lexicon of entrepreneurship. This is a wonderful leap forward for entrepreneurs and the businesses they endeavor to create, because there are no negative stigmas with a “pivot.” The success of this change of vocabulary encourages substitution in other areas of entrepreneurial process.

It is time to replace the term “hypothesis” with “dynamic conjecture” to reduce expectations and anxieties about the source, significance, stability, and stopping of ideas in new venture design.

Make the most of what your career has to offer with a Masters in International Business from Hult. To learn more, take a look at our blog How can an MBA help entrepreneurs? or give your employability a huge boost with an MBA in international business. Download a brochure or get in touch today to find out how Hult can help you to explore everything about the business world, the future, and yourself. 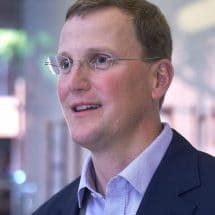 Ted Ladd PhD is a professor of entrepreneurship at Hult International Business School on the San Francisco campus, as well as an instructor for platform economics at Harvard University. His research focuses on the optimal approaches to design successful start-ups.