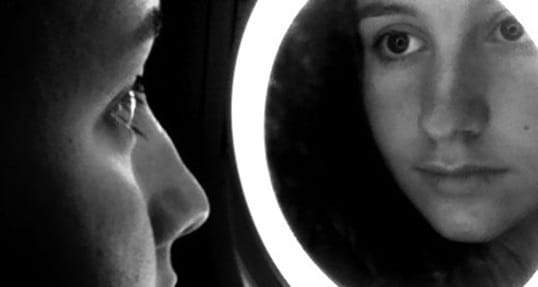 Self-Awareness is the New Self-Confidence

In our research, we at Hult Labs have been talking to employers about what they want to see from MBA graduates. Recently, the BBC featured an article that touches on some of the very themes we’ve uncovered – namely, the rise in self-confidence from American university students. Yet this self-confidence can backfire when these students enter the “real world” of work as many of them encounter real obstacles for the first time. We wanted to look at why we think that’s happening, as well as recommend some ways to address this challenge.

In interviews, executives have told us they see a similar pattern as what the BBC observed: today’s graduates have much more confidence than they used to, but that’s not always a good thing, especially if they can’t back up that confidence with actual ability. Instead of excessive confidence, executives tell us they want to see more self-awareness in graduates. They also tell us they’ll gladly hire the self-aware over the self-confident.

The BBC article discusses the increasingly lost skill of writing – a craft that may be more marginalized than it used to be, and yet, one still critically important to the art of business. According to the article, students have been reporting higher self-evaluated writing ability over the years. But objective test scores reported during the same time period report that skills have fallen. In fact, many executives told us that one of the first things they have to do upon hiring recent graduates is put them through a fundamental writing course to build up their skills.

The article also states, “In the late 1980s, almost half of students said they studied for six or more hours a week, [but] the figure was little over a third by 2009.” Yet recently, more students than ever reported that their “drive to succeed” was extremely high. One would think increased “drive to succeed” would actually result in more time spent studying, but apparently not!

Finally, one study discussed in the article showed that “weaker students actually performed worse if they received encouragement aimed at boosting their self-worth.” In other words, just being told to “believe in yourself” won’t help your performance at all – and it may in fact harm it!

We believe this phenomenon can be traced in part to the learning experience most students – at least, most of those from developed countries – experience from kindergarten to college. The educational experience in these systems is largely one where it is harder to tell just how developed your skills are in relation to an objective standard. Grades have suffered from inflation, with average GPAs rising and more attention put on building students’ self-esteem as opposed to giving them critical feedback. As a result, students in these systems may have emerged with an inflated sense of self – only to hit the harsh reality of the real world after graduation.

When talking to executives about what they need from new hires, they told us students would be better served by an educational experience that helps students understand themselves more deeply, and pushes them to struggle with their personal development in a more intense way. Executives felt students would be better prepared for the world of “real work” if they could experience more of it in a classroom environment – especially if those experiences included more self-reflection, more chances to give and receive feedback with team members and finally, more chances to understand why team dynamics occur the way they do. Confronting these real interpersonal issues in a variety of different ways – as opposed to just sitting back and receiving knowledge passively – could really help students get a head start on understanding more about who they really are and how to work well with others.

So why haven’t professors done more of the above to help their students get more experience facing real world situations? Well, in short, this can be very difficult to do well, especially in large classrooms. Talking about personal development issues in front of dozens of other people can be very uncomfortable for the student as well as for the professor. Furthermore, talking about these issues, even in small group environments, takes a certain level of experience in having faced these issues before in the real world – experience that many professors simply don’t have given their mostly academic career track. Finally, facing these issues in a classroom environment also takes time away from discussing the professor’s knowledge of whatever material the class is supposed to be about. Most professors know and understand their own area of expertise quite well, certainly much more than the “messy” issues of interpersonal behavior, and thus stick to their strong suit.

Yet we would argue that if students never run into any sort of “walls” on their behavioral choices – and are never forced to consider the effects of those choices – then they will be ill prepared for the walls they will inevitably run into once they reach the real world. To deliver a more practical and helpful experience, schools will need to allow for such kinds of interactions, as well as hire faculty members who can bring out this self-knowledge in productive ways. This is a tough challenge, especially because so many faculty are used to delivering courses a certain way. But ultimately, both students and faculty will be better served by such experiences, because they’ll result in more employable students.

Education is starting to change somewhat in this direction with the advent of concepts such as the “flipped classroom” and other such innovations, but there is still a long way to go before schools can produce a curriculum that emphasizes self-knowledge and self-awareness at its heart. When preparing students for the real world, we believe faculty would be well served to remind students of the words of Lao Tzu: “At the center of your being, you have the answer; you know who you are and you know what you want.”

Make the most of what your career has to offer with a Masters in International Business from Hult. To learn more, take a look at our blog Hult ranked #12 and Tier One by CEO Magazine in 2019 Rankings, or give your employability a huge boost with an MBA in international business. Download a brochure or get in touch today to find out how Hult can help you to explore everything about the business world, the future, and yourself.