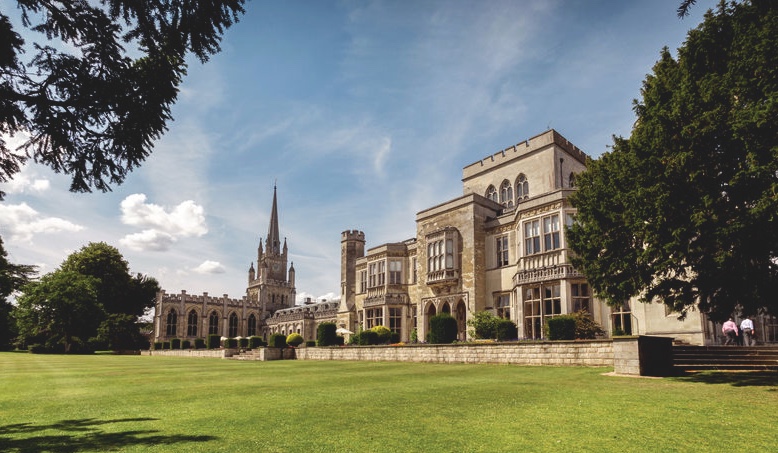 Originally published in Coaching at Work, 2021

In my previous articles, I talked about how our coaching arrangements, practices, and conversations are inevitably ‘racialized’.

Deeply embedded ideas about whiteness, blackness, and color reflect a wider social structure and are mirrored in coaching, as they are elsewhere. What holds and happens “out there” in culture and society also manifests in the world of coaching, and shows up “in here” in the coaching room. Expression is as intricate, complicated, and unique as any coaching encounter where two or more people embark on a relationship of discovery and change.

There are myriad themes to attend to, and a choice of tasks to take up. The choice that we make to take account of the impact of race and privilege on the lives, experiences, and ways of being in the world of those engaged in coaching conversations is something to be both curious and compassionate about.

How comfortable do we find the idea of being race-conscious and talking about race in our coaching? How far do we contest the relevance or value of doing so? To what extent are we able to step back and examine the reasons for this? What happens when we step into self-awareness and self-inquiry about race? How do we cultivate the capacity to explore and attune to the signatures and themes of race?

Learning from my own experience

Looking back on my own relationship with that choice, I can track a knotty personal and professional history.

I was a child when I came to the UK from Egypt, a country that had been under British rule for many decades. Britain’s imperial project was inevitably one of total hegemony, characterized by the perpetration of countless atrocities, and a colonial agenda while hollowing the race and culture and the identity of the place. At the same time, it defined the inferiority of its people according to the hierarchies of race, and the denigrations of orientalism. Memories of my early childhood in Egypt were suffused with the energy of the free officers’ revolution and the optimism of a new, independent republic.

My parents were proud supporters of the regime which had thwarted re-invasion by Britain and her allies during the Suez crisis of 1956. The humiliations of the 1967 war, during which Israel destroyed more than 90% of Egypt’s air force, instigated a near-total collapse of the country, and a subsequent turn to the right, which threatened my family’s safety and survival, forcing us to emigrate.

As a light-skinned woman of color, from a family with modest material and social capital, my experience of coming and living in Britain has been buffered by relative privilege.

Notwithstanding these advantages, and the many years spent separating the differential impact of various personal traumas, facing truths of working through and letting go, I’ve repeatedly returned to a layer of experience and to whiteness, to a system of power that seems as elusive as it’s inescapably pervasive and resilient.

The signatures of race

This dimension of my experience has had a certain cadence and a series of recurring signatures that have, at various times, enraged, confused, impassioned, and wearied me. A dance of provocation, entanglement, productive engagement, and resignation. Toggling, as a young person, between the predictable crises of identity and self, metabolizing the wounds of early trauma and dislocation, and the realization that the differences in hair, skin, heritage, and history would always, sooner or later, be remarked, registering the presence of an alien in someone else’s green and pleasant land.

Months would pass in the ordinary rhythms of daily life in which I too passed as more or less ordinary until playmates agitated for me to don a yashmak, or the geography teacher referred to me as a cheating Arab or the day that one of Lord Cromer’s political essays concerning the native mind of the Egyptian, was unaccountable selected for literary criticism and read aloud to the class.

Later, when I was in my early career, I made veiled searches for containment, meaning, and protection from the vulnerabilities and shame I’d come to know, the confusion that came from living as a lesser citizen, and seeing that trajectories of opportunity and success were so frequently, tantalizingly, just beyond my reach.

This made way for a profound reorientation and a period of investing in activism and anti-racist work. Juggling the demands of work and family life eventually gave way to a long shrug of weary resignation, and the acceptance of living with my own story and with the story of whiteness, with the persisting disparities of race.

What I experienced wasn’t inconsequential, though it bears little comparison to the suffering and the triumph of others, whom I wouldn’t claim to speak for or represent. There are many important stories of Black British people and people of color that reflect other experiences; ones involving and expressing unique communities, particular relationships to Empire and colonialism, circumstances, and histories, offering very different perspectives and distinct individual voices.

I’ve shared something of my own story as a window into one experience. As coaches, we need the range of voices and the many different narratives that belong to individuals and groups to be foregrounded, to be present in our thinking, and to help us to extend the boundaries of our understanding and effectiveness.

Tapping into our own experiences and making sure that we’re exposing ourselves sufficiently to learning from the experiences and stories of others, can lead us to a broader, richer, clearer, and more complete understanding of the racialization of experience and the impacts of race inequity.

In a world where whiteness and white European ancestry confer (and maintain) unbidden advantages and exemptions from the direct lived experience of racism, our capacity to apprehend is shaped and skewed by the very same disparities and inequities of privilege. Awareness itself is rendered “unequal,” leaving us being, or feeling ill-equipped or unable to respond to the dynamics of race, whether “out there” in the society where we live, in the organization where we work, or “in here,” in the coaching room.

Without committing to an explicit and purposeful action to deepen our knowledge and understanding, to be race-conscious in our practice, we run the risk of falling into paralysis and silence, both as citizens and as coaches. In the absence of this kind of “self-education,” our ability to make sense of our clients (and our own) plights and predictions and our capacity to be empathetic and compassionate may be greatly compromised.

Being aware that preferential rights, favors, and immunities are granted to individuals and groups racialized as white, while at the same time being withheld largely from those whose skin color or ancestral heritage happens to be from Africa, Asia, the Americas, and the Arab world, can stimulate huge guilt and a concomitant desire for reparation.

We may find ourselves “bending over backward” on the one hand, reacting strongly against our reparative wishes, or the perceived pressure to accommodate guilty feelings through compensatory, reparative behaviors. Our presence in the coaching relationship can be hijacked by this powerful dynamic and we may experience ourselves and be experienced by our clients as distracted, inconsistent, or inauthentic.

Feeling guilty for a structured state of affairs and injustices historically rooted in European colonization, the slave trade, and imperialism, and in which we’ve played no part, may add to this seemingly perplexing dynamic. But it can also drive us to respond in a heroic mode as coaches, taking responsibility as saviors of our clients and for the greater moral good.

Having a positive racial identity can protect us from the many consequences of discrimination and internalized racism. This implies a role for coaches in recognizing, celebrating, and thereby strengthening the uniqueness of this identity for coachees of color. For white coaches, this may raise questions about their own identity and their needs.

While the assumption that white coaches already enjoy the advantages of majority status, and the unquestioned privileges that whiteness confers is true, they may also need and want to explore their own relationship to whiteness and white supremacy as a means of resourcing their capabilities in cross-racial practice through self-inquiry.

Assuming that we all hold racialized and racist assumptions doesn’t condemn us as inherently bad or hostile individuals, rather it recognizes that we’re all shaped by social discourses and constructs that inform our perceptions and perspectives.

It can be hugely helpful to mine our own experiences, and to seek parallels in our own equivalent experiences and biographies: these can be important bridges to empathic understanding. However, it can also be tempting to draw oversimplified analogous parallels that take attention away from the realities of the lived experience of Black coachees, and coachees of color, and which minimize the significance of racism and its consequences.

Fostering and maintaining a realistically confident and optimistic view of our own efficacy as race-conscious coaches may necessitate the additional investment of ‘doing the work’ in supervision and with peers, which enables us to engage deeply and be productive with coachees of color.

Traumatic stress associated with minoritized status and race, in the form of discernible discrimination, or (deniable) micro-aggressions and stereotype-related stress, has a huge impact on the mental health and psychical wellbeing of individuals, groups, and whole communities. This is particularly acute when it intersects with other internalized beliefs, accumulated trauma, and material and social inequities.

The internalized belief that one is essentially incompetent, can often be associated with working hard to disprove a stereotype of inferiority or of achievement. The nature of the stereotype depends on the particular racialized group we may see as belonging to. Racialized imposter syndrome creates doubts about worthiness or about the precariousness of success.

These experiences of traumatic race stress are often internalizations of racialized social and cultural memes and carry distorted assumptions, biases, and prejudices. Critical reflection and reflective discourse about these are fundamental to developing a more granular and nuanced appreciation of the psychological processes at play. This may support deeper learning for us as coaches, one that enables us to revise our approach and our interventions.

The role of dissociation

We’re not usually very practiced or generally accomplished at facing trauma and racism head-on. When confronting traumatic race stress, or the social and societal traumas involving race and its ignoble historical roots in exploitation, slavery, colonialism, and imperialism, we’re bound to dissociate, deny or ignore the issues.

The dissociation is to protect ourselves, in order to continue with our daily lives. We can watch and we can see and still continue to feel safe in our corner of privilege, in a place of untroubled survival, or in accepting co-existence with and in race inequity.

However, reminders present themselves in various ways, and many of these can break through our defenses and defensive routines. And the traumas we collude to ignore, and turn away from, inevitably surface unbidden elsewhere, or over time. The pandemic has been one such major reminder, underscoring the consequences of structural disparities and race inequities that have persisted for centuries.

The resurgence of the Black Lives Matter movement has been another. For coaches, this presents us with a choice and provides us with opportunities to be responsible practitioners without resorting to denial, grandiosity, or rescue, to respond to the need to be seen, heard, and supported that our minoritized and marginalized clients deserve.