Home > Community > Pride: Freedom to be 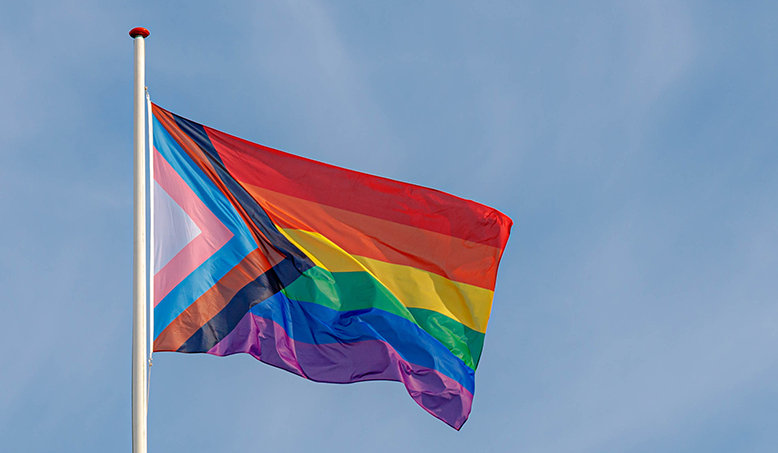 Pride: Freedom to be

As part of our celebration of Pride month, we reached out to empowerHer—a student club at Hult International Business School, made up of like-minded individuals that come together to talk about closing the gender gap and breaking biases. Be part of the conversation and enjoy reading this piece from the members of empowerHer who are leading the change in this community.

What’s the point of Pride?

It is now mid-June, and all around us, we see rainbow flags and colorful events. It’s Pride month, the most colorful month of the year. These days we see demonstrations, events, propaganda, and advertising on this theme. But these events are not only fun and festive for those who participate, they also carry a deeper meaning and value.

Pride aims to unite people in the struggle for rights, involve allies, and build new relationships with them. Pride is an inclusive event. For the heterosexual people who participate, it is often their only real public exposure to LGBTQIA culture. Pride can work as a lever to gain visibility and influence where equal rights do not exist and social recognition where rights do exist. An annual celebration does not solve problems, but it does provide an opportunity for many people to be inspired and motivated. Having extensive and transversal public support is fundamental—you don’t have to be a lesbian to want same-sex marriage, just as you don’t have to be a woman to want a law against violence against women.

Equality for the community

The principle of equality and non-discrimination is guaranteed under the European Convention on Human Rights. Unfortunately, however, homophobic actions that have occurred and are still occurring in the many member states have revealed a systematic violation of the fundamental rights of LGBTQIA people. These events have also shown that the authorities responsible for protecting citizens against all forms of discrimination, in many cases, support this injustice and even actively defend it.

In many parts of the world, LGBTQIA people are punished, tortured, and removed from their communities. According to the most recent research by the international organization ILGA, in 72 countries, being homosexual is a crime. In many parts of the world, we are used to seeing Pride events as joyful, colorful, fun, and cheerful occasions, but there is nothing to celebrate in others. They are, above all, militant and demanding events because some gays and lesbians fight first and foremost for their survival and safety.

Freedom is and must be valid for each of us, and from the awareness and knowledge of all comes change. Why has June been chosen as Pride month? It all started on June 27, 1969, at the Stonewall Inn in Greenwich Village, Manhattan. It was one of few gay bars in New York and was constantly harassed by the police for one reason or another.

That night, six officers arrived with a warrant to check that no alcohol was being sold for which the managers had never obtained a license. The warrant was specious, and in many cases, the offense was tolerated, but that evening represented an opportunity. After several threats and baton blows from the police, someone reacted: for the first time, people resisted intimidation altogether, men and women, gay and straight. The policemen locked in the club were soon in trouble. Outside, a crowd of people resisted the arrival of police reinforcements, lit bonfires, and participated in the riots from which the US homosexual movement was born. The clashes lasted several hours, and the demonstrations in front of the Stonewall Inn resumed on the following evenings.

Why did things escalate that night?

Historians claim that the hot period (1968 was one of the turning points for civil rights and protests), the demonstrations against the war in Vietnam, and also the movements for the black community had also made the ground fertile for the homosexual cause.

In that year, things changed dramatically. In June 1970, there was the first Gay Pride Parade, peacefully organized. Before people from the LGBTQIA community had to hide in basements, now they march through the streets with empowerment signs and a desire to be heard. Since then, every June is Pride Month, and we remember the struggle of all those people who have taken to the streets every year since 1970 wearing what they wanted, celebrating love in all its forms, and celebrating freedom.

The Stonewall Inn still stands on Christopher Street, and in 2016 President Barack Obama declared it a National Monument. The NYPD Chief of Police officially apologized and confessed their guilt for that night on the 50th anniversary of the Stonewall Riots.

“They wanted us to be invisible. We’re not. We dance.”

Heterosexuals perplexed by Pride can think about how it feels to march through a city freely expressing who you are, what you love, and what you want without any fear. Watching Pride celebrations can make these people understand that they are not alone, that things can and will get better, that it is possible to be free to be who you are.

But how can heterosexuals from outside the movement defend and support the rights of the LGBTQIA community? They can become allies. There is no real handbook to be a good ally, but there are positive and negative behaviors to know.

What are the behaviors and comments to avoid?

What are positive behaviors?

As a conclusion to this article, I would like to quote a post by American blogger and activist Joe Jervis, entitled Watching the Defectives. It refers to a line that sums up the meaning of all Jewish holidays and says, “They tried to kill us. We won. Let’s eat.” He repurposed it to Pride, saying, “They wanted us to be invisible. We’re not. We dance.” When society no longer pays attention to the sexuality of individuals, and events like Pride are no longer necessary but just a reminder of times past, then we will have really won. 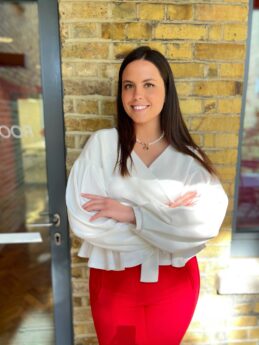 Authored by Martina Albani, Head of Communications at empowerHer

Be part of our conversation and tune in now:

empowerHer—we are a group of like-minded supporters of gender equality. We're on a mission to discover the skills and knowledge needed to collectively make advancements in society. To achieve this, we team up with inspiring guests and influential people within different industries and discuss gender equality topics that need addressing. Join us in our mission of understanding the true meaning behind gender equality, how it relates to business, and everything in between by subscribing to the empowerHer podcast.

Flying the rainbow flag in the workplace