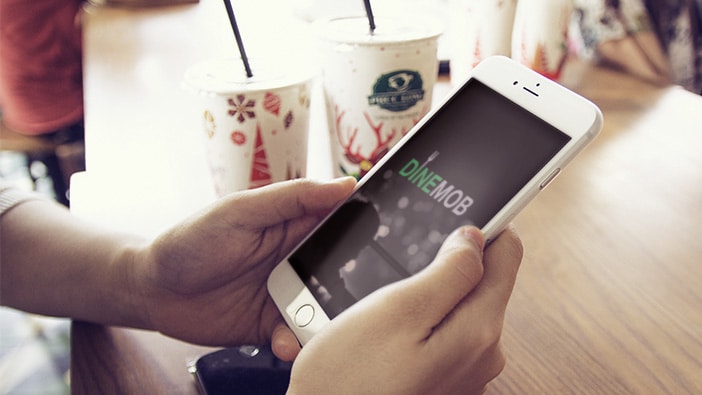 This article was originally published by BusinessBecause on June 23rd, 2015, MBA Entrepreneur Bites Into App Sector With Dallas Deals Start-Up.

William Peregoy wants everyone to dine like a boss. He launched this year DineMob, a start-up which helps restaurants fill during off-peak hours, with co-founder Malcolm Woods.

The mobile application beams out deals during restaurant down times, integrating with their point-of-sale systems and providing users with credits that can be exchanged for foodie deals.

William founded the Dallas based company after graduating from Hult International Business School’s One-Year MBA in 2012. A grafter who made one of his first paychecks as a trader shorting Lehman Brother’s stock just before the bank collapsed, trigging the global financial crisis, he has worked across the finance and consulting sectors.

DineMob has partnered with Dallas food bloggers, who have helped spread the message during the product’s Android launch. The company also works with Uber, the $50 billion taxi hailing app, in a tie-up which allows users to schedule a ride directly within the DineMob app.

The start-up has received $25,000 in funds from the Tech Wildcatters accelerator in Dallas, and is in discussions about raising a larger funding round from local investors.

An MBA has given William the confidence to lead business strategy. He is targeting 10 pilot restaurants. So far, DineMob’s biggest client is La Duni Latin Café, a chain of restaurants in Dallas whose head chief, an entrepreneur, sits on DineMob’s advisory board.

But William, a former vice president of Hult’s Consulting Club at Hult Boston, is hungry to bite into a bigger chunk of a sector slated by investment bank Digi-Capital to generate $70 billion in revenues by 2017…Read the full interview with William on BusinessBecause.

Discover how Hult’s Global One Year MBA is specially designed to help you thrive as an entrepreneur.

Kickstart your career in this education and innovation hotspot by studying at Hult’s Boston business school. To find out more, take a look at our blog Student tips: 8 things to do and see in Boston. Download a brochure or get in touch today to find out how Hult can help you to learn about the business world, the future, and yourself.