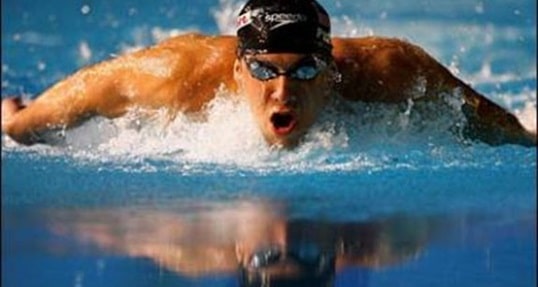 It’s Time to Unlock Your Potential—By Getting Gritty

“The separation of talent and skill is one of the greatest misunderstood concepts for people who are trying to excel, who have dreams, who want to do things. Talent you have naturally. Skill is only developed by hours and hours and hours of beating on your craft.” – Will Smith

Most of us know of Michael Phelps, the 28-year-old, now retired, swimmer, who in 2004 became the first athlete to win eight medals, including six gold, at a non-boycotted Olympic Games. Then, in 2007 he set four individual world records and won seven gold medals at the 2007 World Championships (just to mention a few of his many accomplishments). Impressive, right? So what made him so successful? Talent? Luck? Not really. According to Rick Telander, a contributor to the Chicago Sun-Times, it’s not simply because of his physical traits. He says: “to say Phelps is good in the water simply because of his physical gifts is to miss most of the point. His tenacity and desire are epic. In training he swam at least 80,000 yards a week, practicing for six hours a day in two sessions, six days a week. A lot of the rest of his time was spent sleeping.” Talk about focus and hard work!

So is that all it takes then? Focus, work hard and then win an Olympic medal, or achieve some other amazing feat? What kind of role does effort actually play in a person’s success? This was the question that Psychology Professor Angela Duckworth wanted to find the answer to when she was teaching Math in middle school and high school. For a long time, IQ was considered the number one ingredient for success. However, as I have also mentioned in a previous piece, this is no longer the case. According to Duckworth, grit may be just as important. She defines this personality trait as: “sticking with things over the very long term until you master them.” When Duckworth studied a number of Ivy League students, she found that smarter students actually had less grit than their peers who had scored lower on an intelligence test. Nevertheless, the “grittiest” students had the highest GPA; they compensate for their lower test scores by working harder and with more determination. And just to clarify: grit and high IQ are not necessarily trade-offs (of course, a person can be exceptionally smart and gritty at the same time). The point to get across here is that a higher IQ does not automatically mean that a person will be more successful. It takes a bit more than that – maybe much more.

So how do you know if you are gritty or not? For starters: if you are not discouraged by setbacks, have overcome obstacles to master an important challenge, work hard and can maintain focus on long-term projects, you are on the right track. You can even get a specific “grit score” if you like. Duckworth has developed what she calls the “Grit Scale”, where you get a score based on how you rate yourself on a number of items. Certainly, it’s possible to answer in a way that makes you appear more gritty than what you truly are, but trust me, that won’t do much outside of the computer screen and the real world.

Believe it or not, the study of grit is part of an emerging area of psychology research focused on what’s currently called “non-cognitive skills”, which include motivation, adaptability and self-control, among other things. The aim of this research is to identify and measure these skills, which play a vital role, apart from intelligence, in human development and success.

And make sure you understand this: grit and self-discipline are not interchangeable terms. Self-discipline is an important trait when it comes to doing your homework or staying on your diet (you know…stuff that’s relatively easy to manage). Grit, on the other hand, is what comes into play when you want to be successful in a highly challenging environment; an environment where you have to step out of your comfort zone to identify your weaknesses. And we all know that getting out of your comfort zone can increase the risk of failure, so it’s easier said than done. But hey, failure is good for you! I just can’t emphasize that enough. Just take Richard Branson’s word for it, the CEO of Virgin Group. In one of his columns for entrepreneur.com he states: “Few first ventures work out. It is how a beginning entrepreneur deals with failure that sets that person apart. In fact, failure is one of the secrets to success, since some of the best ideas arise from the ashes of a shuttered business.”

But success won’t be handed over to you on a silver plate after a year, or two, of hard work. No, forget that. According to Duckworth, it takes 10 years to reach world-class performance from the time that you initiate your “discipline path.” She emphasizes that “the gritty individual approaches achievement as a marathon; his or her advantage is stamina.”

Just take a look at Starbucks’ CEO Howard Schultz, who gets into the office at 6:00 a.m. and stays until 7:00 p.m., to then continue conversations with overseas employees even later at night from home; or Mark Cuban, the owner of Dallas Mavericks, who, when he started his first company, regularly stayed up until 2:00 a.m. in the mornings to read about new software, and went seven years without taking a vacation; or Jeffrey Immelt, the CEO of GE, who has worked 100 hours per week for the last 24 years (it should be noted that he also takes time for a daily cardio exercise at 5:30 a.m., when he reads the latest news feed). Talk about exceptional work ethic! I’m not saying that you need to have a machine-like stamina like Immelt or force yourself to become a night owl like Cuban, but hopefully these leaders can inspire you to push yourself a little bit harder. And remember: it’s not just about the hours that you put in, but how you deliberately choose to spend those hours. Because I can assure you, spending a substantial amount of time chatting by the water cooler, organizing friends lists on Facebook, or watching funny cat videos on YouTube does not count towards the hours that will become the building blocks for your success.

So then, is grit all it takes? Maybe. One thing is certain though: it’s not just about talent or luck. So keep aiming high and work hard in order to get where you want to be. The sky is the limit…with a little grit to help you propel even higher.

Hult offers a range of highly skills-focused and employability-driven business school programs including a range of MBA options and a comprehensive one year Masters in International Business. To find out more, take a look at our blog From rock star to MBA student: An interview with Nimmer Khokhar. Download a brochure or get in touch today to find out how Hult can help you to learn about the business world, the future, and yourself.