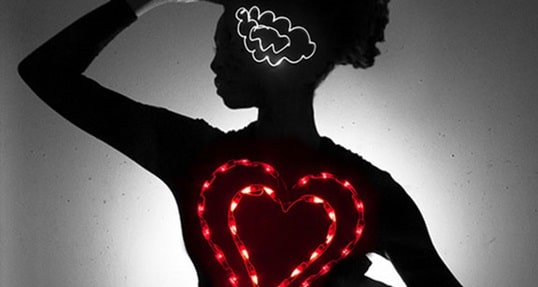 “He who knows others is wise; he who knows himself is enlightened.” – Lao Tzu

You are on the freeway on your way to work, it’s a beautiful day; you even cheer along to Ke$ha’s new beat, when suddenly another car cuts dangerously close, narrowly avoiding crashing into you. All of a sudden your day is ruined and all you can think is: “That son of a…Who the h*ll does he think he is? Seriously, OMG, I could have died! He won’t get away with this!” On top of that, the cars behind you start honking angrily, to protest that you have slowed down. What a way to start the day!

The ability to control your anger in a situation where you feel you’ve been wronged certainly isn’t easy (trust me, I’ve been there). As Aristotle once said, “Anyone can become angry – that is easy. But to be angry with the right person, to the right degree, at the right time, for the right purpose, and in the right way – that is not easy.” Obviously, getting angry with a person who cuts you off certainly isn’t going to improve your day for the better. Yet, there’s that emotion inside of you that you just can’t seem to control. And it’s not just with anger – sometimes there are other emotions that seem to spin out of control.

The ability to perceive and control your emotions is Emotional Intelligence (EQ), and the ability to self-regulate your emotions is a critical element of EQ. In his Harvard Business Review article, What Makes a Leader, Daniel Goleman claims that self-regulation matters to a great extent for leaders. Why? People who can manage their emotions and impulses have a strong capacity for being reasonable, have the ability to establish an environment of trust and fairness where productivity is high, talented people are encouraged and want to stay, and politics are minimal. But it’s not just important for leaders: the ability to control your emotions is also an important trait in today’s business world where change is constant. Because instead of panicking when a new program is introduced, or a department has been reshuffled, you’ve got to be able to adapt and move with, not against, all kinds of change.

In her blog post, Unlock Your Emotional Genius, Susan Krauss Whitbourne states that according to current leadership theories, great leaders are those who show transformative qualities. Such qualities include the ability to promote creativity and innovation, develop a supportive environment for their workers, communicate ambitious goals to their workers, and possess charisma. What makes this possible? Well, many things, but EQ is a key ingredient. And if you desire to become a transformative leader who inspires other people with your vision of change and the future, you’d do well to learn more about EQ – and maybe take Whitbourne’s advice and unlock it.

EQ has also become an important trait for potential hires. In 2011, a national survey was conducted with more than 2600 hiring managers and human resource professionals. They indicated that EQ is a critical characteristic for landing a job and advancing in one’s career. 34 percent of managers said they are placing greater emphasis on EQ when hiring and promoting employees post-recession, 71 percent said they value EQ in an employee more than IQ. And, 59 percent of employers would not hire someone who has high IQ, but low EQ. This makes a lot of sense though, if you think about it. Whom would you rather work with: the genius who seems unexpressive, detached, arrogant and critical, or a seemingly average Joe or Jane who is outgoing, responsible, ethical, and shows commitment? I would go with the latter one.

A high level of EQ can also enhance your ability to excel – but it’s also important to take a trusted assessment to know where you currently stand. In his celebrated book, Emotional Intelligence, Goleman claims that what makes those at the very top of their professional careers different from those of approximately the same ability, but in lower level positions, is the extent to which they are able to follow a demanding practice routine for several years. In other words, determined practice makes one, well, maybe not perfect, but makes one better, if not an expert in a specific area. That “doggedness depends on emotional traits – enthusiasm and persistence in the face of setbacks – above all else.” This is something my dad always encouraged. He used to tell me that “academics should take on the same approach as athletes; practice, work hard, and stay focused and you will become your best.” It’s not easy, but it is good to know that hard work over time can eventually pay off.

Goleman exemplifies this in his book by stating that “studies of Olympic athletes, world-class musicians, and chess grand masters find their unifying trait is the ability to motivate themselves to pursue relentless training routines.” And then there’s this: “at the 1992 Olympics, twelve-year-old members of the Chinese diving team had put in as many total lifetime practice dives as had members of the American team in their early twenties.” Who do you think did better in the competition?

This goes well in hand with psychologist Angela Duckworth’s opinion that learning should be viewed from a motivational perspective. In her inspiring TED Talk, “The Key to Success? Grit”, Duckworth shares her experience studying people in very different, and challenging, contexts – from kids in national spelling bees; to cadets at a military academy – to see who was successful and why. She discovered that grit – passion and perseverance for very long-term goals – was the one significant predictor for success. It is about endurance and the motivation to stick with your future, day in and day out.

So does that mean that EQ can be learned or improved? Absolutely. However, Goleman claims it is crucial that training is focused on the right part of the brain. EQ is largely developed in the part known as “the limbic system”, which controls feelings, impulses, and drives. Research shows that the limbic system learns best through motivation, extended practice, and feedback. Yet, it is important to keep in mind that building EQ requires genuine desire and rigorous effort. Remember those Chinese divers?

And just to be clear, IQ and EQ are not opposing, but rather separate competencies. And keep this in mind: it’s not enough to manage with your intellect, but you must also manage with your heart. As Goleman so nicely puts it: “if your emotional abilities aren’t in hand, if you don’t have self-awareness, if you are not able to manage your distressing emotions, if you can’t have empathy and have effective relationships, then no matter how smart you are, you are not going to get very far.” Somehow, this will help me navigate with a tiny bit more calm the next time I’m out driving.

Make the most of what your career has to offer with a Masters in International Business from Hult. To learn more, take a look at our blog What’s your E.Q.? Five sure signs that say you’ve got high emotional intelligence, or give your employability a huge boost with an MBA in international business. Download a brochure or get in touch today to find out how Hult can help you to explore everything about the business world, the future, and yourself.