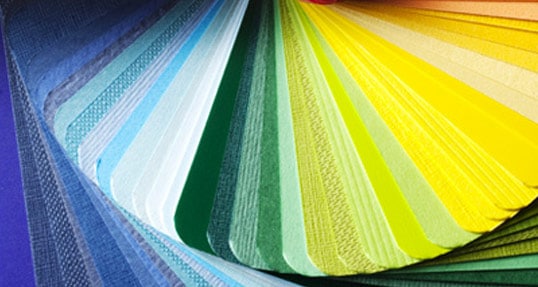 How to (Gradually) Become a Different Company [HBR]

A number of recent headline-grabbing announcements of divestments and split-ups by companies such as HP (spinning off its PC and printer businesses), GE (the sale of its appliances business to Electrolux), Bayer (the flotation of its MaterialScience chemicals business), and Royal Philips (its separation into two autonomous companies, Lighting and HealthTech) are putting the spotlight again on the phenomenon of “core shifting”: how a company, through a sustained process of acquiring and divesting assets, changes the mix of its business portfolio and thus purposefully shifts the core of its activities.

PPG (originally “Pittsburgh Plate Glass”) is a splendid example of such a transformation. The US-based company used to be a diversified industrial group, with activities in all types of glass, chemicals, paints, optical materials, and biomedical systems. Through a raft of acquisitions and divestments since the early 1990s, it has transformed into a focused world-leading coatings manufacturer with $15 billion in sales. Since 1995, when glass and coatings each accounted for about 40% of sales, the split has evolved to 93% coatings and 7% glass today.

What makes such a transformation successful? From our analysis of a number of core shifts and conversations with the CEOs who have undertaken them, we have drawn five keys to success:

1. Allow time and persevere. Pulling off a core shift takes many years, if not a decade, as PPG and other companies have shown. For example, it took Umicore, a global materials technology group, five years (2002–2007) to lay the basis for its transformation from a commodity supplier of base metals into a premium provider of emission control catalysts, rechargeable battery materials and other value-added solutions. It initially lost about half of its revenues by divesting its copper and zinc smelting business, but by 2010 it had quadrupled its revenues to €2 billion through a combination of acquisitions and organic growth.

A core shift takes time for several reasons. First, such transformations consume resources, both financial and human. A company needs the financial firepower to make the required acquisitions on top of the capital investments in its ongoing business. Even more important, it takes management time to align all teams, including those of the acquired businesses, to the transformation initiative. Second, finding value-creating acquisition and divestment opportunities requires patience. Third, some stakeholder groups may want to see confirmation of the positive impact of a given move before consenting to continue on the chosen path.

2. Be clear about the destination, yet flexible about the path. To keep all stakeholders aligned over the course of the transformation, the company’s executive team should be clear and unrelenting about the vision of its future and the rationale thereof. Consider Eaton, which used to be a manufacturer of vehicle components such as axles and transmissions. During the past two decades it has transformed into a provider of electrical, hydraulic, and mechanical power management solutions. Throughout this period it has been communicating regularly about its leitmotif of becoming a diversified company with more consistent earnings. Accordingly, it has systematically published figures about the evolution of its business portfolio in terms of sales by segment (e.g., vehicles decreasing from 40% of total in 2000 to 17% in 2013), by destination (e.g., the U.S. from 80% in 2000 to 50% in 2013), and by exposure to the economic cycle.

While the overall desired direction of the transformation should be clear, the actual path to get there is unpredictable. The executive team should not commit to specific moves, as factors outside of their control might require a change of plan. For example, the company may have identified the perfect acquisition target, but be outbid by a rival. Or the economic cycle may suddenly turn and thus make it impossible to divest an activity as planned at a fair price. What is important is to create options and exercise them as the right opportunities arise.

3. Go for the occasional mega-acquisition. Acquisitions are part and parcel of a transformation. While the number may vary from one year to the next, companies such as PPG and Eaton have been acquiring on average one company every quarter for the last two decades. Having said that, what really gives traction to a core shift is the occasional mega-acquisition that is emblematic of the vision and that catapults the company forward. For example, Umicore’s 2003 acquisition of PMG increased its revenues by 50%. Eaton’s acquisitions of Westinghouse’s distribution & control business (1994), Aeroquip-Vickers (1999), and Cooper (2012), increased revenues by roughly one-third with each addition.

Of course, it takes time to digest such acquisitions and restore the company’s financial firepower, which often results in a transformation pattern in which a period of consolidation follows a period of acceleration.

4. Communicate consistently and transparently. Clearly communicating about the vision and its rationale is crucial to keeping everyone committed, whether they’re employees or external analysts. Particularly important are the managers and staff of businesses that have been earmarked for divestment. Clear, open, and up-front communication about the company’s intention and the rationale thereof is essential to keep them motivated and prevent value destruction. Their business should not be labeled a “cash cow” or a “problem,” and their staff must not feel second-class. The message is that the divestment should be beneficial to the business concerned, as its future owner normally will see greater opportunities to create value than its current owner does. The best way to demonstrate the veracity of that message is to continue to do business as if the divestment decision had not been taken, i.e., continue to recruit, invest, and even acquire smaller entities that strengthen the value of the business to prospective buyers.

5. Safeguard the short-term performance of the ongoing business. While M&A transactions absorb much of senior management’s attention and attract great interest from financial analysts and the business press, the company’s operational performance will ultimately make or break the transformation. If short-term performance slips, pressure will mount and stakeholders will question, rightly or wrongly, the pertinence and/or viability of the long-term transformation.

The experience of Chiquita Brands International provides a case in point. Some 10 years ago, the company embarked on a transformation that was meant to reduce the exposure to the volatility and asset intensity of the legacy banana business by shedding ships and farms on one hand, and by acquiring and developing branded healthy snacks on the other hand. However, a significant decrease in profitability and free cash flow over time led the company to change course in 2012 and return to the former core of branded commodity produce, under the leadership of a new CEO.

As is always the case with tips, use them wisely, as fits best. They may not all be applicable in the same way and to the same extent at every company. But when it comes to shifting your business’s core, it usually pays to be tenacious, visionary, bold, transparent, and results-oriented.

Grow your leadership capabilities with an MBA in international business at Hult. To learn more, take a look at our blog Hult ranked #12 and Tier One by CEO Magazine in 2019 Rankings, or give your career a boost with our Masters in International Business. Download a brochure or get in touch today to find out how Hult can help you to learn about the business world, the future, and yourself.