Home > Thought leadership > Fast tech acquisitions can pay off, but with due diligence [ZDNet] 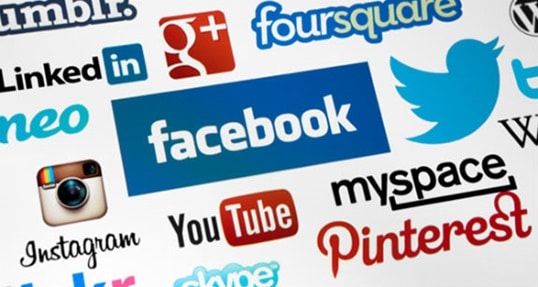 Fast tech acquisitions can pay off, but with due diligence [ZDNet]

Securing first-mover advantage via rapid acquisitions is a high-risk move which needs a meticulous roadmap and discipline.

It helps to have first-mover advantage in technology, as vendors race to gain an edge by acquiring highly sought-after entities before competitors get the chance, sometimes by forking out massive bids.

But then it must also be understood these are also riskier type of ventures because new ground is being covered, said Michael Yoshikami, CEO and founder of U.S. investment consultancy Destination Wealth Management.

Historically speaking, outcomes from such acquisitions have been a mixed bag. For every major success story such as Google’s acquisition of Android in 2005 that now equipped the Web search titan with a leading mobile platform, there are equally big flops as indicated by the many write-downs from other tech giants, Yoshikami stated.

First-mover advantage is not always an offensive tact but also a defensive move against rivals, noted Mike Grandinetti, global discipline lead and professor of innovation, entrepreneurship and management at Hult International Business School, pointing to Facebook’s USS$1 billion acquisition of Instagram. The
The track record of major tech companies doing quick mergers and acquisitions (M&A) is “nothing short of abysmal”, Grandinetti said.jury is out as to whether that deal will pay off for the social networking juggernaut, he said.

“Most mergers are ill-conceived and the lack of appreciation for post-merger integration has been vastly underestimated. There is no greater cause of destruction of shareholder value, and the examples are endless,” he pointed out.

The professor said these included Cisco killing off its Flip camcorder business, Microsoft’s US$6.2 billion write-down of its aQuantive ad agency acquisition, and the ongoing HP-Autonomy battle over alleged fraudulent accounting.

Grandinetti explained the problem in the HP-Autonomy debacle had nothing to do with alleged accounting fraud, but rather the lack of a disciplined acquisition process. Former HP CEO Leo Apotheker, who spearheaded the merger, made unrealistic public comments about unique synergies when there were none, and HP was “dramatically overpaying” for the asset, something HP’s own CFO Cathie Lesjak had raised but was not heard.

Still, observers disagreed that quick acquisitions were inherently bad moves, as long as companies do their due diligence and mitigate potential risks.

As for the risks, a host of problems will spring up if acquirers do not give sufficient due diligence, he said. When that happens, the negatives or warning signs are missed, such as overestimation of the acquired company’s capabilities, overpayment due to incorrect estimation, and poor talent integration. And all this chips away at the value of the completed acquisition, he cautioned.

For tech acquisitions, the value drivers generally center on the technology, people and customer base. Be it the assimilation of the acquired company’s staff, technology services, or the cross-selling of combined business capabilities to customers, all post-merger issues should be ironed out and sorted with the roadmap, before completion of the acquisition, Pais emphasized.

Grandinetti argued that coming up with roadmap in itself is not the end, because companies need to be disciplined and committed to sticking to it once an acquisition target is in sight. “There is a huge difference between acquiring out of panic because an asset is suddenly in play versus keeping to the strategic roadmap on where company wants to go and then moving quickly when it is clear that the desired target are open to discussions to be acquired.”

The best tech acquirers all have a very well-defined integration process that anticipates all of possible obstacles or alarm bells, and begins addressing them right at the start. “If these appear insurmountable, disciplined companies will simply not move forward…and they will never over-pay,” said the Hult professor.

The talent and cultural fit is also critical to a successful merger to exploit the first-mover advantage, Grandinetti noted. Google’s US$1.65 billion acquisition of YouTube in 2006 is a good example of achieving first-mover advantage in the online video space. Its founders retained their leadership roles while Google continued to invest in YouTube by taking a very long-term perspective, and that patience has paid off, he stated.

“Only six years after acquisition is Google seriously acting to monetize their You Tube investment. Many other companies would have demanded rapid profitability on their large investment, which would have destroyed YouTube’s market adoption strategy,” Grandinetti pointed out.

Charles King, principal analyst at Pund-IT, noted one of the biggest mistakes in tech companies make in mergers is assuming successful deals are all about technology. That the target company is a good cultural fit is equally important, otherwise their talent will head for the exit.

“Technology assets are obviously important, especially if you want to impact the market quickly but the employees are the people who will help ensure the innovation and success of future efforts. A deal that doesn’t take that point seriously into account is virtually doomed from the beginning,” he said.

Republished from ZDNet, original article can be found here.

Make the most of what your career has to offer with a Masters in International Business from Hult. To learn more, take a look at our blog Role of the global MBA in the technology sector, or give your employability a huge boost with an MBA in international business. Download a brochure or get in touch today to find out how Hult can help you to explore everything about the business world, the future, and yourself.