Home > Careers > Beware of Bright Objects: Choosing a Role Model is Harder Than You Think 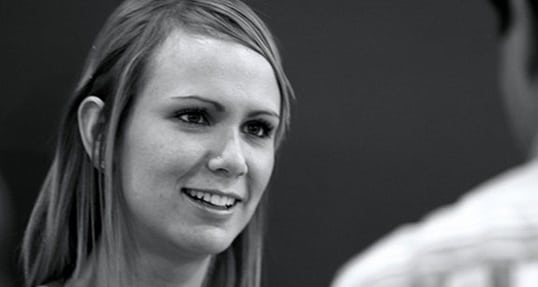 Beware of Bright Objects: Choosing a Role Model is Harder Than You Think

Although you may not be aware of it, one of the things that we human beings do quite naturally is imitate. We don’t have to think about it; we just do it. It’s how we learned to eat with a spoon (though using our hands was more fun), speak the language(s) we speak, and basically get along in a society with implicit and explicit expectations on us as citizens. For many of us, there comes a time in our lives when we consciously think, “I want to be like that person.” Be it a movie star, a tech geek, prominent statesman, or perhaps an “everyday” person who behaved extraordinarily under difficult circumstances. Fact is, we seek to improve ourselves by using others as examples, as role models. Regardless of who they are or what they’ve done, we seek out role models who seem “shiny” to us in some way. New research, however, shows that we may want to be more mindful about the role models we end up choosing. A shiny penny is not always a lucky one—for us.

In her post “Choosing A Role Model Who Will Really Motivate You,” Annie Murphy Paul highlights an article from the Proceedings of the National Academies of Science by two researchers (Jerker Denrell of the University of Oxford and Chengwei Liu of the University of Warwick) who had drawn a somewhat surprising conclusion from their study (more on that below): they “counsel us to model ourselves on solid, second-tier performers, not the flashy types who come in first,” wrote Murphy. So why exactly would we want to do that? Isn’t shinier better?

In a word, no. In their study, Denrell and Lui asked participants to play a game that went on for several rounds. What they found at the end of it was that the most successful players were not the ones with the highest level of skill or intelligence. Rather, those who scored at the top of the heap were the ones who experienced the following: they got really lucky, or took some big risks that propelled them to the top—nothing more, nothing less. In the short term, luck played a crucial role in determining success. But what about the long term, in conditions more similar to real life?

According to Murphy, “luck and risk play a dominant role in extraordinary outcomes.” That puts a different spin on those who are on the receiving end of said luck and risk play, right? Because suddenly it’s less about skill and hard work, and more about throwing caution to the wind and going for broke—or being in the right place at the right time for an opportune meeting with Lady Luck. Sure, we can all get lucky, but the spikes of good luck are coupled with the valleys of tough losses. If you’re less about short-term, exceptional wins, and more about long-term, consistent wins, then you’ll want to seek out role models who’ve pinned their achievements on hard work and a concerted effort to grow their skills over time, day by day. It may not seem as glamorous a path, but it’s one that can lead to a more gratifying career with a consistent increase of responsibility, expertise, and understanding that can be passed on to others.

And then there’s this: in his article “Why You Need to Choose New Heroes,” Jeff Haden discusses an insight he had about the people he’d always chosen as heroes. He realized he had always seen himself in them, and that it was actually a bad thing: “The problem is the people I choose as heroes hold me back. The ones you choose can hold you back, too.” Haden chose a new hero based on the fact that “I saw something in him that I was not and definitely needed to be—no matter how awkward or uncomfortable it would be at first…Think way outside your hero box…If you’re shy and reserved, pick a relentless self-promoter. If you love shooting from the hip, pick someone known for thorough analysis.”

If you still want to go with an “illustrious role model,” as Murphy describes, then keep this in mind: be sure to take a really good look at your role model’s successes and failures. Studying the latter can help you build your own acumen. How so?

In her post, Murphy also highlighted another study (conducted by researchers from National Chengchi University and Columbia University), in which participants were provided with readings on the theories of different scientists. They were then divided up, with one group receiving additional information that “praised” the scientists’ exceptional feats, while the other covered “struggles” the scientists had endured in their careers. What the researchers found was this: “The students who learned about scientists’ struggles developed less-stereotyped images of scientists, became more interested in science, remembered the material better, and did better at complex open-ended problem-solving tasks related to the lesson—while the students who read the achievement-based text actually developed more stereotypical images of scientists.”

What does this all mean? It means that a role model who will serve you well will be very much human—flawed, experienced with failure, and probably without the reputation of being a miracle worker (nor would they push you to be one yourself). And we would encourage you to choose someone who might not be anything like you, yet has strengths that you do not. But be sure you choose wisely so that the only thing truly exceptional about your role model is what’s been proven over time. This kind of role model may not get the press that shooting stars do, but they shine just as brightly to those who are willing to look for them. And they are worthy of our emulation.

Make the most of what your career has to offer with a Masters in International Business from Hult. To learn more, take a look at our blog Hult’s award-winning leadership skills program, or give your employability a huge boost with an MBA in international business. Download a brochure or get in touch today to find out how Hult can help you to explore everything about the business world, the future, and yourself.