Home > Community > Student voices > Should I stay or should I go? 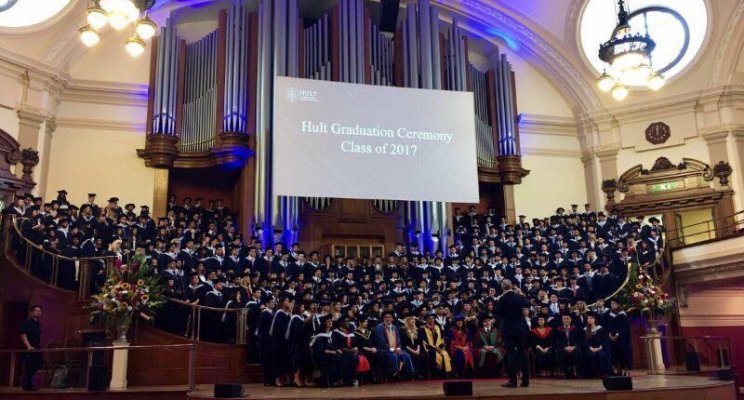 Should I stay or should I go?

What does a song by The Clash have to do with the decision of enrolling in an Executive MBA program? Apparently, nothing, but in reality, a LOT! What else does the word “master” mean besides a well-educated and valuable ability to “make knowledgeable decisions”? Should I go for that project or just leave it? Should I invest my money in those stocks/bonds or not? Is this business idea sustainable and scalable?

Mick Jones, lead guitar and vocals of the group, may not have recognized in 1981 that he was creating more than just lyrics to a song. He was actually creating something else, “Perpetuity”. Indeed, a decade after the song was released, it became the band’s only number-one single on the UK Singles Chart. Years later, it was ranked number 42 on the Vh1 Top 100 Hard Rock Songs, as well as being featured in movies and commercials for many years. Today, this song continues to produce revenue for the lucky guy who holds the royalty privileges.

If Mick Jones had attended any EMBA financial management lectures, he would have known that “a safe £ today is worth more than a risky £ tomorrow”. He would have calculated the NPV on future revenues and realized how much more lucrative it would be to promote the song to climb the Hit Parade as soon as possible. Fortunately, he did not attempt a payback valuation with 5 years’ limited time, otherwise he wouldn’t have written and released the Clash’s number one song for the past 30 years.

So, how does this song apply to me personally? Two years ago, I came across a web-ad from Hult International Business School. After a quick review of the school’s website, I was completely captured by the description of the programs, the five campuses all over the world, and the international network of students and professors. However, a question arose: “Should I Stay or Should I Go?”.

Looking back… My postgraduate global internship program with AIESEC was the most fulfilling experience I could have added to my curriculum. Years later, I am still moved by the same spirit and mind-set. Therefore, the Hult EMBA was an easy choice because it gave me exposure to the same business, economic, social, and environmental inquiries and solutions, but from a global perspective.

Time goes by very fast and it is precious.

After two years of flying almost 70,000 km back and forth between Palermo and London, after nearly 600 hours of class-work during the four-day weekends, after an outrageous number of irrecoverable sleeping hours lost, after almost 60 short deadlines for pre-assignments/group assignments/take-home assignments, and after a relentless commitment (albeit very interesting) to our three-month Action Project…

As I sat in Central Hall Westminster, listening to our cohort student representative, Barry Vickery, flashes of memories from the past two years crossed my mind, and seemingly frivolous details highlighted precious and unrepeatable moments.

I thought meticulously about whom I would have to thank for those two years of “disruptive growth” and it did not take me long to realize that I was surrounded by the most “Dahling”, generous, talented, ambitious, inspiring colleagues and friends I could ever imagine.

As Dr. Samineh I. Shaheem, the Dean of London’s Graduate campus mentioned during her closing speech, diversity is what makes our school unique because differences should be not deficiencies, but rather an unrepeatable opportunity for growth.

I would like to thank my “Action Project mates” who challenged me, inspired me and supported me during our group work. Our Skype calls with each other from different corners of the planet were just mind-blowing.

A week after graduation, I was sharing all these stories with a friend of mine who listened carefully and smiled generously and thereafter he interrupted me saying: “You know, somehow, so far you have experienced a safe and protective environment. Someone else has written the syllabus for you. From now on, you are responsible for writing your own syllabus, no one else will do it for you!”

The best way I could end this article is with the following:

“Most people live life on the path we set for them, too afraid to explore any other. But once in a while people like you come along who knock down all the obstacles we put in your way. People who realize freewill is a gift that you’ll never know how to use until you fight for it. I think that’s the chairman’s real plan. That maybe one day, we won’t write the plan, you will.”

Bernardo Perrone is an Italian national and graduate of the Hult Executive MBA Class of 2017. He is a Credit & Portfolio Manager within the Oil & Gas sector. Connect with Bernardo on Linkedin.

Step up your game with executive education at Ashridge agile business school. To find out more, take a look at our blog Webinar: Hult’s Executive MBA, or firm up your exec career footing with a Masters in International Business from Hult. Download a brochure or get in touch today to find out how Hult can help you learn everything about the business world, the future, and yourself.