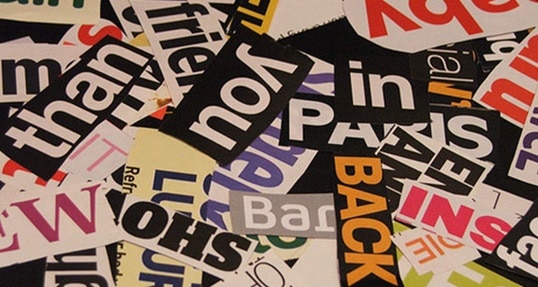 Words matter. And they matter possibly much more than we ever thought, according to new research conducted by a team from Stanford University, and co-authored by Organizational Behavior and Psychology professor Benoît Monin. The implication? Just by altering a word or a phrase, we can actually make people conduct themselves in a more ethical way.

The team of researchers, in collaboration with the Stanford School of Business Behavioral Lab, started with a series of experiments on cheating. Participants were asked to give a number between 1 and 10, and told that if they chose an even number they would receive $5. But researchers already knew (based on previous studies) that people are more likely to respond with an odd number when asked for a random one, and the approximate rate at which participants would choose an even number if they had nothing to lose. This gave researchers a baseline: if a group of participants chose even numbers at a higher rate – with the carrot of $5 dangling in front of them – it indicated cheating.

But here’s where things got interesting. Researchers divided participants into two groups. Researchers told participants in one group that they would not know “whether you are cheating.” They told participants of the other group something slightly different – they would not know “whether you’re a cheater.” The result was that participants in the “cheater” group chose even numbers close to the baseline rate (about 1 in 5), whereas the “cheating” group chose even numbers about 50% of the time. In two additional online experiments the results were the same. This led researchers to conclude that just by raising the possibility that participants could be cheaters was enough to discourage them from behaving in a way that would cause others to perceive them as dishonest. But this was not the case when there was more distance between participants’ identity and a course of action. “It’s only when we say, ‘Don’t be a cheater,’ that it stings their ego at some level. And that’s when everybody is suddenly acting like a choirboy,” said Monin.

Most of us want to be effective communicators, but it’s not enough to have a good grasp of grammar and articulate phrasing. It may benefit us more than we know to be more scrupulous about the words we choose, either written or verbal, as we seek to manifest a specific outcome, whether simple or complex. “The sign in the coffee shop asking people not to take too many napkins can be phrased in different ways,” said Monin. And the right combination of words can be our best asset in influencing and motivating people: “You can tell them to achieve more, or dangle in front of their eyes the promise of being an achiever.”

Hult offers a range of highly skills-focused and employability-driven business school programs including a range of MBA options and a comprehensive one year Masters in International Business. To find out more, take a look at our blog Masters students launch Hult scholarship. Download a brochure or get in touch today to find out how Hult can help you to learn about the business world, the future, and yourself.