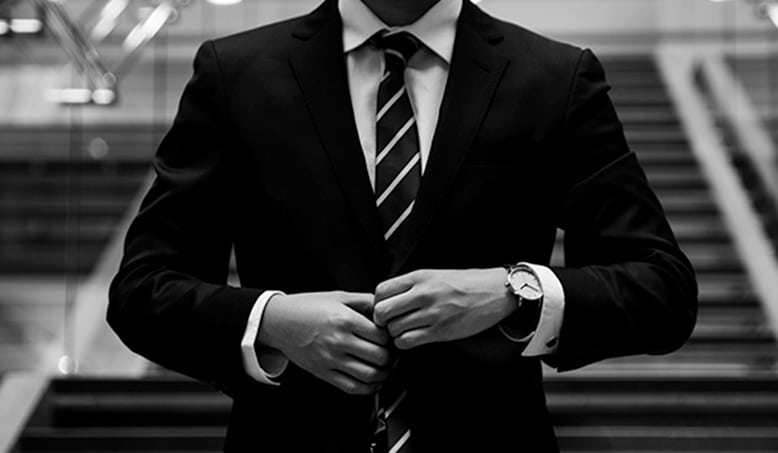 Why horrible bosses stay in power

Think about the worst boss you’ve ever had. Narcissistic (check). Machiavellian (check). Psychopathic (possibly).  Those personality traits are what researchers call the “dark triad.”  Since these traits generally repel other people, how do these leaders manage to stay in their positions?

A new study conducted by professors at Ashridge Executive Education at Hult International Business School looked into this question, focusing on the quality of the relationship between the leader (manager) and the follower (employee).

“I would suggest we all have a degree of darkness or these dark traits on a continuum.”

“I would suggest we all have a degree of darkness or these dark traits on a continuum,” says Dr. Nadine Page, one of the study’s authors and Transforming Behavior lead researcher at Hult. “Given the workplace is dynamic, you have to look at what’s appropriate and look at it in context.”

The study surveyed 349 participants mostly from European multi-national companies. They were in middle management (51% female; 83% department managers). Each person rated themselves on negative characteristics such as narcissism, Machiavellianism, and psychopathy. They also rated their immediate supervisors on the same traits.

The results showed some expected outcomes (e.g. narcissistic or devious people scored low on leadership perception), but the study also offered some surprising insight. The biggest eye-opener was how similar personalities between leader and follower appeared to mitigate the negative impact of dark traits.  Here’s what the authors wrote:

“Our research found that it is not only a leader’s personality characteristics that influence relationship quality; a follower’s personality also has a significant influence. We found that similarity, rather than difference, in leaders’ and followers’ dark personality characteristics resulted in better quality relationships. This was applicable for the two out of the three dark traits: narcissism and Machiavellianism. If a leader scores highly on either of those traits, they tend to form stronger relationships with followers who also score highly on the same trait.”

In a phone interview, Dr. Nadine Page explained, “Having that personality match enables a better working relationship. A follower knows what to expect from a leader who can be dark. They can empathize and be able to ride the storm better.”

“I’ve been in IT for 35 years and early on, I would constantly run into egotistical, condescending people…So when I started the company, I decided I’m not going to deal with these people again.”

–Richard Waidmann, CEO of Connectria, on starting a “No Jerks” hiring policy

Even if you’re a high performer with those dark traits, one American CEO says don’t bother calling him. Rich Waidmann, CEO of Connectria, instituted a “No Jerks” hiring policy when he founded his cloud hosting company in 1996. The policy is even on the homepage of the U.S. company’s website.

“I’ve been in IT for 35 years and early on, I would constantly run into egotistical, condescending people. It’s rampant in the tech business and usually, it’s the smartest guy in the room,” says Waidmann. “So when I started the company, I decided I’m not going to deal with these people again.”

Over the course of two decades, Waidmann says he fired about 12 individuals because of bad behavior. “It was like you popped a balloon and everyone was happy,” he recalls.

Similarly, the founder and CEO of Panera Bread also prioritized a friendly company culture. Ronald Shaich instituted a similar hiring policy several years ago. In 2012, Shaich spoke with the New York Times about the company’s values. “One of them is no jerks. It started as something more precise, but it was sanitized by our human resources people along the way. I wanted to create the kind of organization that I would want my kids to work for. It’s a standard I use, and that means no jerks.”

Asked about these hiring policies, Dr. Page says, “I think it’s brilliant. These companies are more forward thinking. It’s a younger generation and it’s coming from the top down. Certainly, a more dynamic, inclusive culture is where the talent will go.”

How Do People with the “Dark Triad” Stay in Power?

“I think once people with these traits get power, they know how to create fear,” says Waidmann of Connectria. “They know that no one really wants to change jobs so they make the people below them question whether they’ll find something better.”

While fear may be one tool, another factor could be at play. Your awful boss is a high performer. Dr. Page says it makes sense.

“For someone who’s narcissistic, they have a big ego and they’re driven to lead people. They want to stand at the front,” she says. “With Machiavellian leaders, they may be a little manipulative because these leaders are setting objectives. So in a specific context, are they having a negative effect or are they getting things done?”

The broader question is whether company culture will shift as more millennials come into the workforce, placing higher importance on job satisfaction.

Grow your leadership capabilities with an MBA in international business at Hult. To learn more, take a look at our blog Why soft skills are important for global leadership, or give your career a boost with our Masters in International Business. Download a brochure or get in touch today to find out how Hult can help you to learn about the business world, the future, and yourself.