Home > Careers > What Makes Something Go Viral? It’s All in the Science of Buzz 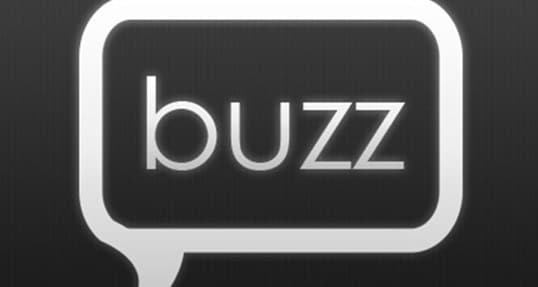 What Makes Something Go Viral? It’s All in the Science of Buzz

What is “buzz”? In our humble opinion, it’s the momentum of attention or excitement for something that is just so good that it gains currency as it passes from one person to another—just like a snowball increases its girth as it rolls down a hill, collecting layers of snow. We know it when we see it—better still, we can even feel it. It’s that ephemeral element that surrounds a hot new restaurant, a music album that critics fawn over, or the two-minute clip of a kitten that thinks it’s a dog (because we secretly endorse “adorable”). And if we pass the word of this cool new thing to our friends, even to one person, we’ve just made our personal contribution to buzz.

So how does buzz begin exactly? Well, the easy answer is that it starts in our brains. New research is beginning to shed light on the exact areas of the brain involved in “ideas that become contagious, spreading like a virus,” writes Catherine Griffin, in her article “Brain ‘Buzz’: Scientists Discover How Ideas and Information Spread.” In the article, Griffin writes about how researchers at UCLA wanted to find out which areas of the brain activate when ideas go viral, versus when they, well, just don’t.

With the help of some UCLA students, researchers conducted a study, in which they scanned the students’ brains using functional magnetic resonance imaging (fMRI). As the students were scanned, they watched television show pilots with a variety of plotlines. The students were then videotaped reviewing each pilot, either green lighting or nixing it. Then another group of students watched the videos from the first group, and rated each pilot based on what the first round of students had to say on tape. The results uncovered what could be described as the genesis of buzz.

Students in the first group, who were particularly convincing in their videos, “showed significantly more activation in a brain region known as the temporoparietal junction, or TPJ, at the time they were first exposed to the pilot ideas they later recommended,” writes Griffin. But not only that, the increase in TPJ activation was also linked to the ability to persuade the second group of students to like what they liked. In other words, the especially persuasive students essentially infected the second group of students with their excitement about the pilots they liked. Tag! Now you’ve got it, too. Researchers referred to this phenomenon as the ‘salesperson effect.’

So what does all this mean? For one thing, the research findings can help to uncover why certain public health campaigns are more successful than others, how advertisements can engage people at a deeper level, and perhaps even lead to teaching methodologies that can help teachers reach their students more effectively, suggests Stuart Wolpert, in his article “How the Brain Creates the ‘Buzz’ That Helps Ideas Spread.”

Wolpert quotes senior research Matthew Lieberman, a Professor of Psychology, as saying: “Our study suggests that people are regularly attuned to how the things they’re seeing will be useful and interesting, not just to themselves but to other people…We’re wired to want to share information with other people. I think that is a profound statement about the social nature of our minds.”

So what’s the next step? Now that researchers have mapped the parts of the brain that light up when someone thinks an idea, a song, or a video is really good—and can’t wait to share it—they would like to go one step further. They’d like to “forecast what ideas are likely to be successful and who is likely to be effective at spreading them,” according to one of the researchers, Emily Falk, who was quoted in Wolpert’s article.

Here’s what we know to be true, which Lieberman summed up succinctly: “It’s not enough to have a product [we’ll include “service” here as well] that people should like.” You need to be able to get the word out into the marketplace, and you need to get people excited about it. So how does something go viral? Easy: all you’ve got to do is feel excited about something and tell a friend. It’s the beginning of buzz, and anyone can get that snowball rolling.

To read the original research article, you can go here.

Hult offers a range of highly skills-focused and employability-driven business school programs including a range of MBA options and a comprehensive one year Masters in International Business. To find out more, take a look at our blog Understanding the Science of Distractions. Download a brochure or get in touch today to find out how Hult can help you to learn about the business world, the future, and yourself.