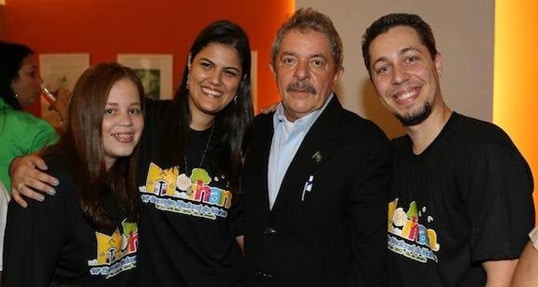 Unsung Heroes: Profiles from the Master in Social Entrepreneurship

In Hult’s Master of Social Entrepreneurship (MSE) program, individuals from all over the world come together to learn how to solve critical social issues, “do good”, and hone their business savvy. These students have made the decision to “go down a road not yet taken”. Along the way, they face challenges, get far out of their comfort zones, and push their limits to make an impact on the lives of others. This series is about their stories.

Artur Sousa is from Río de Janeiro, Brazil. Sousa has extensive experience in NGO management, and working with under-represented communities to raise leprosy awareness, also known as Hansen’s Disease, in his native country.

RQ: Artur, I know you pretty well. You are a hard worker, and have an interesting background. Please tell us about it.

AS: I began my career in a couple of different fields—baked good sales, running errands as an office worker, and acting. As my acting gigs improved, and I got better, an NGO selected me to raise awareness about leprosy, tuberculosis, and STDs using theater as a medium. I was part of a team of actors that put on sketches in underserved communities, anywhere we could get space.

I fell in love with using my acting skills to improve other people’s lives. In time, I became a project manager at the NGO. I provided workshops on leprosy, and had the chance to pay it forward by coaching others on using theater to educate people on domestic abuse, family values, and other topics.

RQ: For our readers, it is important to mention that leprosy is still a major healthcare issue in many developing countries, although the majority of the cases are in India and Brazil. In Brazil, 36,000 new cases develop annually. Some of the contributing factors for this include the fact that many educated people lack awareness of the disease; people still believe it no longer exists. There’s also a lack of commitment by the government to raise awareness and eradicate it. Education and proper treatment are the only ways the disease will disappear.

Artur, you worked for quite awhile with a highly-esteemed NGO called MORHAN (a direct translation is “Movement to Reintegrate People Affected by Leprosy”), which has been widely recognized, and won a series of awards. Please tell us more about it.

AS: Working with MORHAN was my first experience educating people on healthcare issues. It’s an impressive organization, and I’m lucky to have worked with them. I managed projects for them even before I began my undergraduate program, which taught me a lot before I started school.

For example, I was in charge of procurement, which required me to generate legal documents that defined the bid process for suppliers; I also managed those relationships. In 2009, I received a sizeable grant to organize the first national conference on youth and leprosy. I also managed the “International Congress of Leprosy and Human Rights,” in its first year. Essentially, I wore many hats, working with suppliers, planning events, and coordinating speakers and logistics. Having a lot of responsibility early on helped me gain skills and confidence in my abilities. It was pretty exciting.

One of the highlights of my time with MORHAN was leading a team that organized a fundraising event in 2010, which brought in about $2.5 million. We got a famous Brazilian singer, Ney Matogrosso, to sing for free at the Municipal Theater of Rio, which is quite a classy venue. It was a two-day event, pretty novel for the time. On the first night of the event, Ney sang for Rio’s elite, and on the second night, to patients of leprosy, allowing them to enjoy the spectacle and feel the support. It was a great success, and it allowed us to fund other projects all over Brazil.

RQ: That’s impressive! You’ve shown me pictures of the event. How did it feel to go from being onstage, as an actor, to being the mastermind behind the scenes?

AS: I hadn’t thought about it before, to be honest. A lot of recognition goes to the “faces” rather than to the “hands”, or the coordinators. I’m usually too into the event to worry about that while it is happening. I did miss a bit of the recognition for me and my team. But when I stop to reflect after the fact, I’m comfortable with it. As an actor I saw that a production’s success depended on the cameraman, or the spotlight operator, for example, and they hardly ever get the recognition they deserved.

RQ: This is an important point to bring up, since social entrepreneurship has a lot to do with “behind the scenes” coordination.

AS: True, and there’s a lot of thankless work. People don’t see the process. Generally, they just see the finished product. And when it comes to results of social impact projects, whether fundraising or projects like outreach and awareness, the social enterprise sphere is subject to even harsher criticism. We had serious problems when we raised a lot of money. People would say, “You’re an NGO, you don’t need that kind of money.”

Even patients were frustrated sometimes, thinking that we could solve all their problems at once. And while I’m proud of the work we did on diagnostic clinics for leprosy, hospital renovations, among other things, sometimes these projects unearthed  even more problems. It was a real challenge to maintain transparency, as there was always the presumption of guilt and corruption rather than integrity.

RQ: Keeping in mind that people working toward social impact might face challenges, criticism, and thankless work, what advice would you give to keep them going through the rough patches?

AS: Passion. When you lose passion, you just can’t handle the criticism. You need the love for what you’re doing. Because we’re social entrepreneurs, we sometimes assume that anything that’s social is enough for us. But there’s a necessity to work on what you’re passionate about. If you love working in education, you might just burn out trying to do your best in healthcare, for example. Play to your strengths, keep the passion going, and love what you do every day.

RQ: I’ve never heard wiser words coming out of your mouth. Thanks so much!

Ramón Quiñones is part of the MSE Program at Hult San Francisco, and is a part of the Hult Global Ambassadors team. His passion lies in storytelling and technology in education, and hopes to do his classmates justice with these profiles.

Kickstart your career right next door to Silicon Valley by studying at Hult’s San Francisco business school. To find out more, take a look at our blog Hult scores in top 20 in The Economist’s Which MBA? ranking for 2019. Download a brochure or get in touch today to find out how Hult can help you to learn about the business world, the future, and yourself.