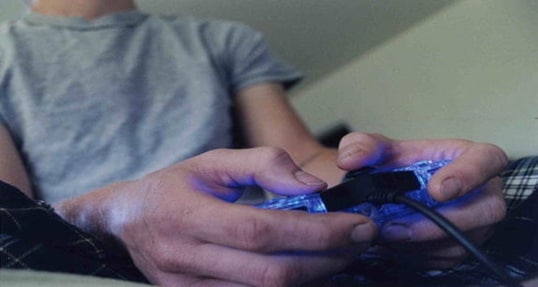 Written by John Beck, president of North Star Leadership Group and a senior adviser to the government of Cambodia, and Steve Hodges, President of Hult International Business School.

Business schools, stuck for a century in the case study methodology of the 1920s, have increasingly been investing in new technologies to teach students the core concepts of management. But there is one technology they seem to have overlooked entirely: video games.

Elementary and secondary schools are bursting with maths, vocabulary and geography video games. When they are well designed and executed, these games help students to learn without realising that they are learning. The repetition built into such games just makes the knowledge and knowhow sink in deeper. But video games have yet to find their way into business schools. Why is this?

A decade ago, research behind the book The Kids are Alright showed an interesting side-effect of non-educational games: adults who reported that they had “grown up playing video games” were better business strategists and leaders than those who had not played them. The genre of the game did not matter, but what did was the mindset that emerged in gamers – one consistent with good business practices.

Today, some business schools are moving in the direction of games by adopting simulations into their curriculums. But simulations are definitely not video games. They are usually confined to a single course and designed to impart one or two lessons at best. When we’ve asked current students what they learn from simulations, their answer is most often a tepid “not much”.

Perhaps simulations could serve as stepping stones to the greater use of games in business schools, and if so it would behove schools to quicken the pace. Video games have played a critical role in diverse organisations, such as the US Army for leadership and tactical training.

Yet business schools have been very slow to adapt this approach, in part because of a gut-level aversion to the word “game”. Academics equate “serious” teaching with a case study or a simulation and frivolity with anything that hints at a game. Moreover, if games were to start doing all of the teaching, it would become increasingly difficult for professors to justify their routinely lofty salaries and their traditional perch at the head of the class.

The best video games encourage gamers to play for weeks on end. A teaching game with similar elements could feature enough complexity to feel real by holistically incorporating many of the pressures of real business life rather than the artificial pressures normally injected into a simulation – such as timed sessions and information scarcity.

The storyline of a great video game can stick with players for weeks or even years. And while simulations often have a background story before game play begins, once decision-making is turned over to the players, the storyline splinters. One of the reasons that case studies have worked so well over the past century of business school teaching is that the good ones stick in managers’ minds long after business school is over. A well-designed video game keeps the storyline clear (and the related learning memorable) no matter what moves the player makes.

But could video games actually replace today’s simulations? We think it is possible to impart real-life lessons through games without having to simulate the exact economic and organisational forces of the “real world”. This can make it easier for players to suspend their disbelief long enough to learn something valuable.

Simulations are a good step towards bringing business education into the 21st century, however, the Holy Grail of educating the gamer generation is going to be creating games that will transfer (and reinforce) the most important concepts of business without the need for human intervention. We can envision a not-too-distant future in which video games replace business schools altogether.

Imagine a world in which smart business thinking is readily accessible to all through the wide availability of video games and not limited to a cadre of highly paid MBAs. The trickle-down effect would lead to more informed decision-making and more effective management around the world. Instead of business schools being mostly about making rich people richer, video game-based business education would help to make the poor – those who cannot afford to attend expensive business schools – a little less poor.

Imagine how much more democratic and lasting the lessons of business education would be if those lessons could be distributed through games that could be played by anyone, anywhere in the world.

This article was originally published by the Financial Times, “Time for business schools to get ahead of the game“.

Grow your leadership capabilities with an MBA in international business at Hult. To learn more, take a look at our blog Infographic: Why business schools need to go beyond business, or give your career a boost with our Masters in International Business. Download a brochure or get in touch today to find out how Hult can help you to learn about the business world, the future, and yourself.