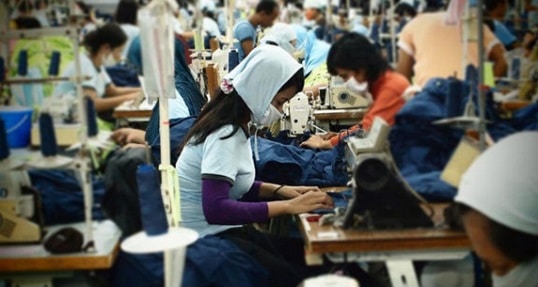 The World of Wal-Mart [Carnegie Council]

Written by Hult Professor of Corporate and Social Responsibility Prakash Sethi for Carnegie Council. Professor Sethi’s The World of Wal-Mart essay was awarded 1st in the Top 10 Council Resources for 2013. Please read the article in full at Carnegiecouncil.org.

Wal-Mart Stores, Inc. is the world’s largest retail enterprise, with total revenue of $421.8 billion and a net income of $16.4 billion in 2011. It is also the world’s largest employer, with 2.1 million employees worldwide in 2010—not including workers hired by its suppliers. In my view, Wal-Mart provides a prism through which to examine how many multinational companies (MNCs) engage in illegal and unethical behavior. They use their bargaining power and market control to pressure countries to condone environmental degradation and violation of national labor laws.

In the United States, since 2005, Wal-Mart has paid about $1 billion in damages to U.S. employees in six different cases related to unpaid work. Moreover, Wal-Mart opposes any form of collective action, even when employees are not seeking unionization, but simply more respect.

Overseas, the company has been embroiled in a series of scandals, including multiple cases of bribery. In April 2012, The New York Times published a story that uncovered hundreds of suspect payments to Mexican officials, totaling more than $24 million. According to the Times, Wal-Mart received hundreds of internal reports of bribery and fraud every year. In Asia alone, there had been 90 reports of bribery in the previous 18 months. Since the spring of 2011, Wal-Mart has spent over $35 million and hired more than 300 outside lawyers, accountants, and investigators to investigate and deal with bribery issues. Wal-Mart’s penalties under Foreign Corrupt Practices Act and Securities and Exchange Commission regulatory filings are likely to be in the hundreds of millions of dollars, yet this is unlikely to act as a deterrent for the future. Even the worst-case scenario of $1–2 billion in penalties would represent a small fraction of Wal-Mart’s earnings.

Worst of all, Wal-Mart—and other MNCs—can be connected to the deaths and injuries of hundreds of people in workplace accidents, most recently in Bangladesh, but also in other countries where low-skill, low-wage manufacturing predominates.

Bangladesh is the world’s second largest garment exporter after China. Its foreign exchange earnings of $19.1 billion in 2011–2012 represented 13 percent of the country’s GDP and 78 percent of annual exports. The country expects to triple its garment exports in the next three years as worker wages increase in China and more production migrates to Bangladesh. Bangladesh has no natural comparative advantage in garment manufacturing, hence it has been unable to create complementary industries and diversify its manufacturing base. Therefore, it is hardly surprising that these low prices are obtained through low wages and unsafe working conditions.

Hult offers a range of highly skills-focused and employability-driven business school programs including a range of MBA options and a comprehensive one year Masters in International Business. To find out more, take a look at our blog Student stories: Our internship experience. Download a brochure or get in touch today to find out how Hult can help you to learn about the business world, the future, and yourself.

DBA vs. PhD – Siblings or Cousins?