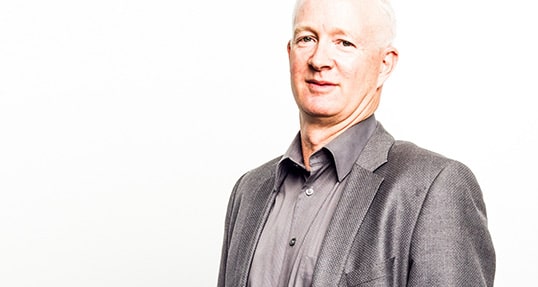 By Jonathan Littman, founder of Snowball Narrative, co-author of the Ten Faces of Innovation, and Professor of Innovation, Leadership and Teambuilding at Hult International Business School. Republished from the Huffington Post, original article can be found here.

Just like the torpedoing of John Kerry’s 2004 presidential campaign Apple has recently been buffeted by attacks and its own curious failure to define and defend itself with a robust narrative.

There’s ample blame to go around, from the damaging hyper expectations of Wall Street analysts and speculators to Apple’s slow motion reaction to how dramatically the world has changed. How did the popular image of Apple fall so fast, and what if anything can it do to get back on course?

Nearly a year ago I wrote about Apple’s Goliath Effect, the pivotal shift in media coverage and public sentiment that occurred when it could no longer claim to be David fighting Goliath. We naturally rebel against Goliath, so it’s no surprise that negative Apple press has grown exponentially. But now it seems Apple’s crashing stock price has become synonymous with its future.

Contributing to the panic has been the short sellers and financial “experts” spreading the urban myth that with the passing of Jobs the Apple innovation train is done. As the first News Editor for MacWeek magazine, I take a longer view. I own the company’s shares, co-authored “The Art of Innovation” and “Ten Faces of Innovation,” and believe Apple is brimming with innovation. But when it comes to storytelling, Apple has been getting swift-boated, and as Senator Kerry proved, the truth needs to stand up and fight.

Apple’s meteoric product growth has led it to bounce between being considered a volatile momentum or growth stock dependent on the accuracy of Wall Street quarterly predictions. It’s a zero sum game that’s unhealthy for Apple, its employees or loyal, long-term investors. Apple racked up $13.8 billion in profit in 13 weeks. As Michael Moritz of Sequoia Capital, the firm that provided Apple its first financing, recently noted in the Financial Times, Apple’s “gross domestic product would rank about 45th in the world — well ahead of Pakistan and New Zealand.” Yet last week Apple’s stock sank to ridiculously low price-earnings ratios that valued its future earnings around that of the behemoth Dell.

Meteoric growth is as unpredictable as downhill ski racing. Success and failure are separated by hundredths of a second. Apple is nearly 37-years-old. It’s time for maturity, and Apple appears to be acknowledging this reality, and crafting a narrative more suitable for this phase of its life. Last year it wisely began paying its first dividend — roughly $10 a share — inviting more value investors, though I’d argue that double that figure ($20 a share) would have a much more stabilizing effect by reducing speculation. So too is the company exiting the forecasting business, now only providing a rough high and low guide for the next quarter’s sales. Apple is moving to escape from the vicious earnings trap that helps fuel volatile trading.

Fresh, new narrative frames could do even more, transforming how customers, analysts and investors view the company’s products. Apple’s strength has increasingly been that its business is snowballing, becoming the whole rather than the individual parts. Seeing this evolving pattern through an analogy illuminates this larger network effect. Many critics are in effect arguing that Apple can only sell so many doors (iPhones) and windows (iPads), when what it delivers to individual consumers is a highly designed path toward a fully outfitted home or business empowered with devices and apps that deliver contagious experiences.

I bought my first Mac in 1988, and I’ve bought nine more since, and two iPhones and three iPods. Insurance companies call that an annuity, and it adds up: last September Tim Cook announced that Apple had sold over 400 million iOS devices worldwide. Then there’s the avalanche of app downloads — 40 billion so far, with 20 billion of those downloads happening in the last 12 months.

As for the urban myth that innovation is dead at Apple, that argument confuses innovation with invention. For example, Microsoft’s Surface is an impressive invention but a dud as an innovation (few people are buying it). Apple has tremendous know-how in delivering iterative innovation with small but critical new shifts in consumer sensibility and design. Consider Tim Cook’s rejection of Job’s stubborn refusal to sell a smaller iPad. Though the iPad mini is more evolutionary than revolutionary it may soon become the best-selling portable PC of all time, largely because it’s small and light (that’s evolutionary innovation). Who cares whether that’s a homerun innovation or just a stunning business success?

Apple’s deepest strength is its breadth — iPhones, iPads, Macs, iOS, apps — a range that no competitor, not even Samsung, boasts. Apple will continue to innovate with amazing new products, such as a TV or wearable computing but broad ecosystem innovation may also come from new services and capabilities that cross the whole portfolio and excite what very soon will be half a billion customers.

Apple is riding a confluence of complimentary trends that stretch beyond the mobile, human-centric generation that it helped empower. Consider that old innovation cliché, the humble light bulb. Just a few weeks ago, Apple started selling Philips’ amazing new environmentally efficient LED light bulbs (the Philips Hue Connected Bulb – Starter Pack) in its stores and online, programmable of course with your iPhone or iPad.

No other high-tech company has the breadth to appeal to us in so many different realms. Apple is snowballing into a massive, diverse lifestyle platform, the techno general store of the future, where you can buy everything mobile, human and programmable.