Home > News > The rise of dataism 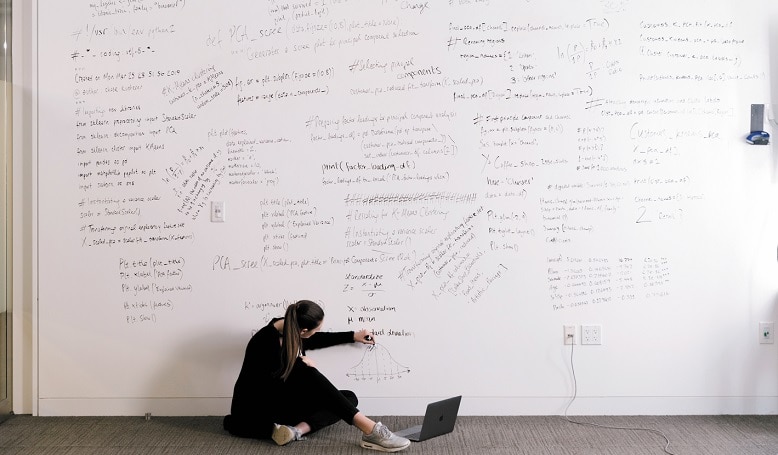 The rise of dataism

Scientia potentia est – knowledge is power, or so the common saying goes. A more modern variant of the phrase may be “data is power”. It’s dataism and its control that’s currently the cause of much debate within society and government.

With the rise and dominance of social media, the data of individuals across the planet is readily accessible. Want to know what someone wears? The music they listen to? The places they live and work? Where do they eat? Where they’ve been on holiday, and much more? The chances are, you’ll find most of this out just by taking a quick look at their Facebook profile or Instagram account. And any app on their phone will be capturing this information too.

For some, this represents a serious problem with regard to personal data and privacy. To others, however, it represents the beginning of a brighter and more liberated future. And they call this phenomenon dataism.

The term “dataism” first appeared in 2013, when David Brooks wrote an article in the New York Times called “The Philosophy of Data.” The article itself was an examination of how data was coming to be used over the decade, and how it’s used to help validate (or invalidate) deeply held assumptions about the world we live in.

The term was later picked up by historian Yuval Noah Harari in his 2016 book Homo Deus. Here he took Brooks’ more clinical and scientific imagining of the word “dataism” and reimagined it in a more religious and existential light. Homo Deus claims that dataism looks at the universe as a system of data streams, and that the value of objects – and people – is determined by their capacity to process data. Once, humans were the most prestigious data crunchers, but now new machines and algorithms are taking our place.

To dataists, data and especially big data reign supreme in the cosmos. To paraphrase a popular sci-fi quote, the data must flow.

According to Harari, we will soon be in a position where big data algorithms will know people better than they know themselves. A website such as Amazon will track data relating to your purchasing habits – the sorts of things you buy, search, wish list, or even talk about with friends online – and use these to curate your recommended list to you with almost perfect precision.

He ends with this rather piercing question: “What will happen to society, politics, and daily life when non-conscious but highly intelligent algorithms know us better than we know ourselves?”

How is dataism relevant?

The control and harnessing of information is an important part of many institutions and activities. We’ve already touched upon how big data personalizes people’s shopping experiences online. It also informs the advertisements you’re likely to see.

This can range from simply using your IP address to ensuring that you receive adverts from local businesses to more sophisticated measures that track the sorts of things you search for online and offering related products. If you ever find yourself on a Google binge relating to Japan, for example, you can expect to see small banner ads offering cheap Japanese vacations appearing in your browser.

More seriously, big data is used in political circles. During the 2016 EU Referendum in the UK, controversy arose when Canada-based analytics firm Cambridge Analyctia used the personal data of up to 87million Facebook profiles to launch targeted ads. While to what degree is still being debated, it’s believed by some political commentators that such targeted campaigning helped contribute to a narrow victory for the Leave campaign.

Concerns about personal data and its use led the EU to draft and pass its General Data Protection Regulations (GDPR). This means companies operating within its jurisdiction must be transparent about how data is collected, used, and distributed. Further, it requires the individual’s consent before use. Or risk a significant $1.6bn fine.

It’s not all gloom and doom, however. The use and tracking of data can be effective in other ways, as well. It’s the use of big data that allows Google Maps to successfully navigate you through congested traffic, for example. And sometimes Google has been able to predict illness outbreaks long before professional medical bodies, simply by noting spikes in how many people have been searching online for its symptoms.

Dataists go further, and say that by liberating all our personal data we can assist humanity in other ways. For example, if all our medical statistics were free to search for online, people looking to trial drugs and treatments would need only search “People with X condition” to find appropriate data. This could speed up research for cures immensely. The more data you have access to, the easier it is to spot patterns and gain insight.

Suppose anyone with a penchant for science, innovation, and research had quick and easy access to the world’s data. How empowered would they be?

The big challenge that businesses will face with dataism is the fear of loss of personal privacy. This is the first time in social history that so much personal and private data is in any way accessible to people we don’t know, and the thought can be rather scary.

The fears that this data could also be used to exploit and manipulate people, whether by selling them products they do not need or a politician seeking office, are not at all unfounded.

Another question that arises is who exactly owns this data? The person to whom it relates, or the companies that collect it? Could Facebook one day, for example, start charging you cash for the freedom to access your own data? Depending on where the laws on data ownership fall, it’s not impossible.

Or do we follow the path of dataism, and let this data fly free for anyone and everyone to see and use as they see fit?

There are real advantages to open use of data, after all. Businesses can use it to inform their products and adverts more to the tastes of the individual consumer. Easy access to medical information could potentially save lives. Research and innovation becomes immensely easier.

Predicting the future of big data

Ultimately, it comes down to a question of trust. People are already much more trusting with their data than they used to be. 20 years ago, the notion that you’d announce to the world what restaurant you’re eating at, what activity you’re currently engaged in, or what holiday destination you’ve just arrived at would be unheard of. But in today’s age of Instagram, Facebook, Twitter, and Pinterest, the public documentation of our lives has become the norm. But do the cynics have reason to be mistrustful? Who knows what will happen to our data in future or how it might be used?

Whether data is a trapped bird that needs to be set free, or a dangerous beast better kept under a strong lock, only time will tell.

Get a grip on big data with a business degree from Hult. See our programs.

Hult Wrapped: Our Most Memorable Moments of 2021