Home > Archive > The Process of Choosing, or Why Less is More 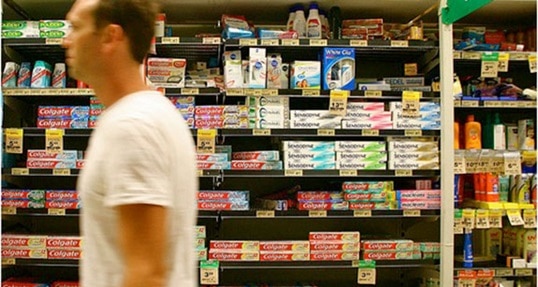 The Process of Choosing, or Why Less is More

Do you remember the last time you chose which toothpaste to buy at the store? As you stood in the aisle, did you quickly zone in on one in particular, or do you recall an extensive wall of many flavors and product promises competing for your attention? “Pick me!” “No! Pick me!”

According to social psychologist, Sheena Iyengar, you average about 70 choices a day. But not all choices are the same. You will make some with lightning speed and lag – even agonize – over others. In her recent TED Talk, “How to Make Choosing Easier,” Iyengar brought up a recent study of CEOs and their decision-making process. Researchers discovered that it took CEOs an average of just under nine minutes to make 50% of their decisions. Just 12% of their choices took an hour or longer to make. Not all of us can claim that kind of decision-making efficiency.

Iyengar believes that we have “modern-day choosing problems” due to an overwhelming amount of options – from toothpaste to retirement plans. In her TED Talk, Iyengar asked the audience, “How many choices make it into your nine-minute category versus your one-hour category? How well do you think you’re doing at managing those choices?”

Iyengar became interested in the topic when she discovered Draeger’s Market, an upscale grocery store, as a graduate student. The store is well known for offering an extravaganza of choices (one example: the store offers 75 different kinds of olive oil). Iyengar wondered if offering so many choices helped or hurt the store. She decided to conduct an experiment. She set up a table with different types of jam. At times she offered shoppers a choice of 24, and at others times just six. Iyengar then looked at two things: the number of shoppers who participated in a taste test based on the number of jams at the table, and the number of those who made a purchase as a result.

She discovered that shoppers were more likely to sample jams when there were more at the table, rather than less (60% versus 40%). But the opposite was true when it came to purchasing. Shoppers that stopped for a taste test when there were only six jams were far more likely to make a purchase (30% versus 3%). The conclusion: less choice resulted in better sales for the store – at least when it came to jam. Iyengar agrees that choosing jam is probably not most people’s version of a truly consequential choice, but pointed out that “choice overload” can result in making no choice at all – “even when it goes against our best self-interest.”

Iyengar and fellow researchers conducted a study that looked at the “retirement savings decisions” of almost 800,000 American employees. They wanted to find out if the number of funds offered in a 401K plan influenced employees’ decision to “save more for tomorrow” (the range was between two and fifty-nine). They discovered that the more funds offered through a plan, the less likely employees were to enroll in one. And if they did participate in one that offered many fund choices, they were less likely to choose the ones that would work in their best interests in the long-term.

But Iyengar can help us disentangle ourselves from too many choices. Herewith, she offers four tried-and-tested techniques that can help in our professional and personal lives.

1. “Cut – less is more.” If you want to eliminate choices, or are working with someone resistant to the idea, Iyengar suggests going through the exercise of describing how each choice differs from the others. If it’s difficult to articulate distinctions, then it will be hard for others to do so as well (remember that wall of toothpaste?). Says Iyengar: “If you are willing to cut, get rid of those extraneous, redundant options, there’s an increase in sales, a lowering of costs,” and more importantly, “there’s an improvement in the choosing experience.”

2. “Concretization – make it vivid.” Iyengar referenced another study in which she and her research associates gave a 401K presentation to bank employees who had not yet enrolled in the benefit. They added a brief exercise at the end of it: they asked employees to “imagine all the positive things that would happen in your life if you saved more.” That extra step resulted in a 20% enrollment increase. “In order for people to understand the differences between [their] choices, they have to be able to understand the consequences associated with each choice, and that the consequences need to be felt in a vivid sort of way.”

3. “Categorize – more categories, but fewer choices.” In an experiment at the retailer Wegmans, where the number of magazines per store ranges from 331 to 664, Iyengar found that if she divided up 600 magazines into just 10 categories, it was a much better choosing experience than if she divided up 400 magazines into 25. And consumers actually believed they had more magazines to choose from when there were fewer categories. “The category needs to make sense to the chooser – not the choice-maker.”

Iyengar’s findings may be contrary to what many of us have been conditioned to believe: an abundance of choice is integral to a good consumer (and personal) experience – and even results in greater sales and satisfaction. But let’s consider the cinematic children’s classic, Willie Wonka & the Chocolate Factory for a moment. When Charlie and crew are first introduced to the factory’s wonderland of candy treats, the dazzling array of choices is almost too much to bear – it’s overwhelming and results in some very poor decision making. As Iyengar states in her TED Talk, it can be very tricky to make a decision while under the dizzying spell of choice overload, and it’s even harder to think through the short and long-term consequences. This is especially problematic when we face choices that could have a big impact on our professional and personal lives. That’s why it’s important to note Iyengar’s final message: “Be choosy about choosing.” In this case, less is really more.

For the full TED Talk, you can go here.

Make the most of what your career has to offer with a Masters in International Business from Hult. To learn more, take a look at our blog What leaders need to know about the future of teams, or give your employability a huge boost with an MBA in international business. Download a brochure or get in touch today to find out how Hult can help you to explore everything about the business world, the future, and yourself.