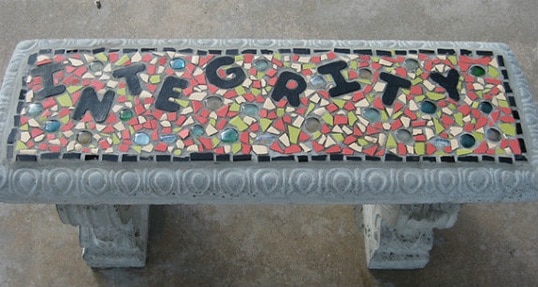 The Problem of Dodginess

The Problem of Dodginess: In a world where bad behavior is rewarded, can anybody keep MBAs honest? By Hult Professor John Beck and Hult President Dr. Stephen Hodges for Biz Ed Reboot.

When I was an Associate Partner at Accenture, my boss asked me to interview a potential new hire for our think tank. The interviewee was nice enough, but I thought we could do a lot better. I didn’t think he had many new thoughts—and that seemed like a prerequisite for a think tank. I wrote up my assessment and sent it in.

My boss landed on me like a ton of bricks. “How dare you write that? Now there is no chance we can hire him!”

I rewrote my evaluation; the guy was hired. As it turned out, I was not wrong in my initial assessment.

This was one of John’s early, formative experiences with “dodginess.” Most companies say they want everyone to report unethical behavior, but in practice many really mean, “Do what the boss tells you to do.” Speaking out even once can be a job-ending offense. And above all, “play nice.”

Professors should definitely prepare students for how to deal with people whose ethics are questionable—or, what the Brits call “dodgy.” We all know people who are dodgy. We may not always have proof that they are actually unethical, but they feel dodgy. There’s just something about them that’s not trustworthy, even if you can’t pinpoint it. So you avoid doing business with them, and you certainly don’t work for them.

That’s why whenever Steve speaks to prospective students, and they ask him, “What is good and bad about Hult?,” he gives it to them straight. “There’s no point in trying to avoid the bad stuff,” he explains, “because odds are they’ve already heard about it on the Internet. I’ve learned I have to come out before they ask and say, ‘People are going to tell you X about Hult, and here’s why they’re wrong.’”

Wouldn’t it be nice if business schools could do something important to help their graduates avoid dodginess in their careers? Because if they made that commitment it would require them to create a system where students are held to their promises by their teammates, not by the institution itself. Students would have to enforce the code of conduct amongst each other to show how damaging dodginess can be. They would learn that if you are dodgy as a leader, you’ll lose your team and you’ll never get high performing employees. And likewise, as employees, if you don’t hold your boss to the same standard and call out dodgy behavior, you’ll only encourage it to happen again.

It’s very important for us to note that this takes a lot of courage to do. It’s not easy to call out peers or your boss when they’ve done something wrong; there are many risks involved. But it does pay off in the end, and students will only learn this on their own.

Make the most of what your career has to offer with a Masters in International Business from Hult. To learn more, take a look at our blog From Student to Professional, or give your employability a huge boost with an MBA in international business. Download a brochure or get in touch today to find out how Hult can help you to explore everything about the business world, the future, and yourself.