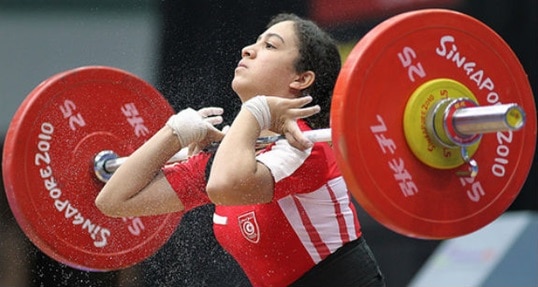 The Lean Mindset—and What it Takes to Measure Innovation

At the 2012 Olympics in London, Om Yun-chol, of North Korea, won a gold medal for weightlifting in the men’s 56kg event. He did it by lifting three times his body weight—only the fifth man ever to do so. Think about that next time you’re moaning about retrieving your suitcase from an overhead compartment. It doesn’t just take brute strength to lift an incredible amount of weight—it takes mental toughness. It takes a very specific mindset that’s shaped and chiseled by hard work, achievement, failure, and the kind of resilient drive that allows you to steamroll through obstacles. So you may wonder: how much does this apply to business? How about 100%?

Whether you are interested in lifting twice or triple your body weight (good luck with that) or starting up what you hope will be a successful business venture, your mindset will make or break you. In our last post, on Lean startups, Professor Mike Grandinetti had this to say on the approach: “It’s a different method that requires a great amount of discipline, intellectual honesty and humility. You just can’t do it halfway. It’s necessary for you to re-frame your mindset in order to be able to say: I don’t know—the market knows.”  Confronting that level of ambiguity takes mental toughness.  But it also takes more than that, especially when taking those first steps to turn an idea into a business.

In her article “Ground Rules for a Startup: Build Your App with a ‘Lean, but Bold’ Mindset,” raw engineering CEO, Neha Sampat writes: “[Our company] has enjoyed its initial success because we have maintained a certain mindset: cost-conscious, bold, simple, and most of all, humble.” Sampat includes other nuggets to consider when building a Lean venture—some of which may sound counterintuitive to the traditional startup model (because they are): “Embrace your garage; there’s no need to run and get an office.” And, “The world is your sounding board—talk to everyone…if you don’t put your idea out there, it cannot manifest into a market-ready product.” All this to say that it’s wise to plan ahead (call it training?) before taking those initial steps to build a Lean business. After all, Om Yun-chol didn’t lift his greatest weight when he walked into a gym the first time.

OK, you’re probably getting the point that starting a business and staying competitive takes several crucial mental elements and attitudes. And perhaps you already knew that. But there’s one more critical piece to consider as part of the mindset shift, which Professor Grandinetti also brought up with Hult Labs: “The traditional mindset is all about using financial ratios to measure the success of an idea—something you can’t do early on with your venture because you have no meaningful financials at this point…Rather than financial ratios or traditional accounting metrics, you should use something known as innovation accounting.” Eric Ries, who created Lean Methodology (and which has origins in lean manufacturing) has joked that there’s a big difference between innovation accounting and “innovative accounting.” We’ll explain.

The Financial Times Lexicon describes innovation accounting as “the rigorous process of defining, empirically measuring and communicating the true progress of innovation—such as customer retention and usage patterns…When traditional accounting measures are used to measure innovation, it often has the effect of stifling or suffocating the new product or start up company [because] traditional accounting tends to work best when measuring established products.”

The definition goes on to point out that typical key performance indicators, like ROI, financial ratio analysis, and cash flow analysis are not very useful when a fledgling startup is “burning cash well in excess of revenue.” In this way, traditional accounting metrics can actually fail startups in a really big way because they don’t truly capture what matters most as a startup is, well, starting out. Any wonder why you sometimes hear that accounting is killing innovation?

During the Inc. GROWCO Conference in 2012, Ries asked audience members to imagine themselves as part of a startup that had failed to produce revenue in its first year of existence. Imagine further, suggested Ries, that you get a second chance—and one more year—to try again. So a year later, you pay a trip to your VC to provide a progress report. And here’s where the VC could use a little telepathy, because: “They literally cannot tell the difference between whether you have spent the last year actually on the brink of success, or…goofing off and doing nothing,” says Ries. “In both cases the numbers would be very much the same—very few customers and no revenue…A+ or F [performance] looks exactly the same using the standard accounting methods of the 20th century.”

The bottom line is this: Lean Methodology isn’t for the faint of heart; it requires shifting some pretty ingrained thinking about how to start a business, and the type of key indicators you need to track progress. But if you hold firm to the main tenets of the process, it could increase your chances of translating a really great idea into a business venture that works. And it will take some mental toughness, along with believing in something others view as an impossible feat—just ask Om Yun-chol.

Like game changers? Break the mould in the business world with a Masters in Disruptive Innovation from Hult. To learn more, take a look at our blog Why every leader needs a growth mindset, or explore overall business challenges with a Masters in International Business instead. Download a brochure or get in touch today to find out how Hult can help you to find out everything about the business world, the future, and yourself.