Home > Archive > The business of Christmas 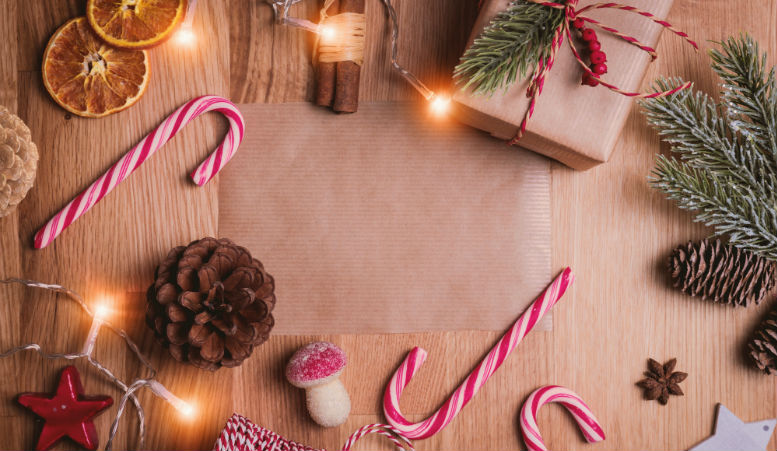 The business of Christmas

It’s beginning to look a lot like Christmas. Every year across much of the world, the same signs of an incoming festive holiday emerge, usually just after Halloween or towards the end of November. Down come the autumnal decorations and up go the stars, snowflakes, angels, and snowmen. As one of the most significant dates in the Gregorian calendar, Christmas has always been heralded with great fanfare and celebration since the Middle Ages. During the bleak midwinter, it’s a time to celebrate and feast with friends and family.

It’s also a time of year when businesses tend to see a massive upswing in their profits, as people rush out to buy decorations, food, and gifts. The commercialisation of Christmas is something that has been marking the holiday for over a century now and shows little signs of diminishing. Indeed, many would say that the business of Christmas has completely overtaken the occasion.

We’re not interested in the argument about Christmas and whether it’s become oversaturated by consumerism. That’s a topic for a different article on a different sort of blog.

What we’re interested in is how this relationship between business and the Yuletide season came to be in the first place, what influences this had had on the economy, and in which direction it has shaped business practice since. So, how did the Christmas market go from a few wooden stalls in the town square outside the local church, to a multibillion-dollar international phenomenon?

The nativity of Christmas shopping

Christmas has long been associated with feasting, joviality, and merriment, in which celebrants decorate their homes with holly, take part in religious processions, and loudly sing hymns. While Puritan and Presbyterian communities long tried to ban its practice, citing it as a papist innovation or pagan superstition, it continued to be celebrated across the Christian world through to the modern era.

While many aspects were already formed by this point, it was Charles Dickens’ A Christmas Carol and the example of Queen Victoria and the British Royal Family that first cemented the idea of the holiday being a family-orientated occasion dedicated to gift giving, family gatherings, games, and dinners. Prince Albert brought to the British Isles the concepts of Christmas trees from Germany – German American communities having already brought the practice to America – and illustrated images of the Royal Family celebrating Christmas together quickly popularised the holiday across the Western world.

It was by the middle of the 19th century that the idea of Santa Claus being fixed as an enigmatic and jolly man who delivered presents to good girls and boys each Christmas Eve, popularised by A Visit by St Nicholas in 1823.

Christmas appeal for the masses

Initially, Christmas celebrations were restricted to the well-to-do, with Christmas trees, roast turkey or goose, and gifts of toys and candy being a rarity for most people. This all changed over the course of the 20th century, which saw increased wealth among families and more capital to spend on the Christmas season. The first Sears Christmas Wishlist, which was filled with toys and Christmas related products, was published in 1934, and Santa Claus was already being used to sell soft drinks long before Coca-Cola launched their festive ad campaigns around the same time. It was in the 19030s that the famous mall Santas first started to appear as well, and businesses started to rely on the Christmas season to make their end-of-year profits.

The commercial aspects of Christmas crystalized in the economic boom of the 1950s, as newfound affluence allowed people to truly make Christmas a time to splash out and enjoy themselves. Every family could now put up a Christmas tree and decorations in their home, buy gifts for friends and family, and enjoy a full Christmas dinner with roast turkey and all the trimmings.

The occasion has only grown since then, as businesses seek to capitalise on the Christmas season.

As Black Friday and Cyber Monday catch on across the global market, national economies have seen increased periods of spending stretching into November as well.

Most retailers rely on Christmas sales to give their finances that much needed final push through to the end of the financial year, and it’s typically around this period that they’ll see the biggest intake. Many will therefore offer numerous Christmas discounts and offers, or deck themselves up in festive decorations in order to draw in a Christmas audience. A walk down a typical main street will see the town packed with Christmas shoppers getting last minute purchases in. 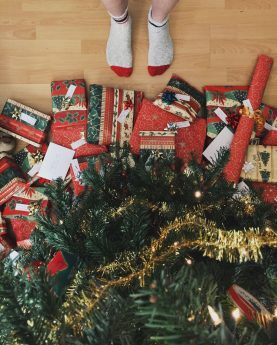 Christmas has become a huge event, and each year – to the bemusement of many – it seems like markets are trying to cash in on the holiday earlier and earlier, in the infamous “Christmas creep”.

It’s gained traction across the globe as well simply due to how lucrative it has become, even in countries where Christianity does not typically hold much sway. In Japan, the holiday became popularised during the American occupation and is largely seen as an occasion for young couples rather than families. Although it isn’t a holiday, the country is often awash with Christmas decorations of a decidedly secular nature divorced of its Christian trappings, and KFC tends to be the preferred meal of choice to turkey or goose.

Some non-Christian countries have also seen increased Christmas marketing, resulting in celebrating Christmas being banned amid concerns it is too Western. 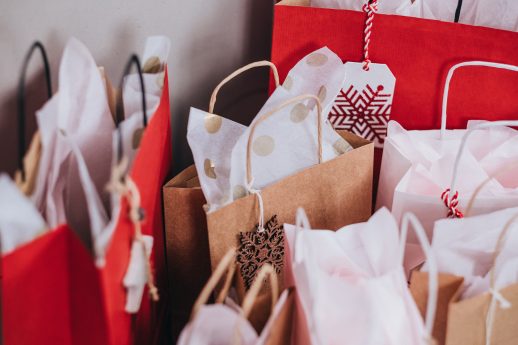 A welcome tradition or a wasteful one?

However, it isn’t all candy canes and gumdrops. One unintended consequence of Christmas gift giving is the sudden spike in unwanted gifts. People have subjective ideas as to the value of things they give to others. It’s usually around Christmas that stores see a lot of returned items, as people try to reclaim money back on unwanted gifts they’ve received. An online survey conducted by the ING International Survey found that 10% of respondents returned their gifts to the store.

Economists have also questioned whether Christmas is such a necessary boost to the economy after all. Some suggest that Christmas does not so much boost spending as concentrates it into a two-month gasp of frenzied gift buying, which would otherwise be spread more evenly across the year. Others point out that the social pressure to buy gifts leads to increased borrowing and credit card loans, leading to credit bubbles.

Amid growing concerns around the climate emergency, an awareness is starting to bubble in the public consciousness of the ethical implications of such rampant consumerism and wanton wastefulness in a fragmented, fragile world. 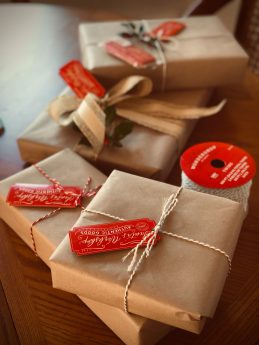 There is also the issue of the drop in productivity. As the holidays approach, it’s common for workers to become distracted and work less. One study found that 60% of workers admitted to finding it hard to stay motivated at work the closer it got to the holidays, with some saying this feeling started as early as November. Likewise, the holiday time many employees will take to spend time with family or just to enjoy the holiday will cut into productivity as well. Although surely only the most Dickensian of employers would begrudge them that?!

Make the most of what your career has to offer with a business degree from Hult. To learn more, take a look at our blog Climbing the family business ladder: Q&A with EMBA alum Mike Smollan, or give your employability a huge boost with an MBA in international business. Download a brochure or get in touch today to find out how Hult can help you to explore everything about the business world, the future, and yourself.