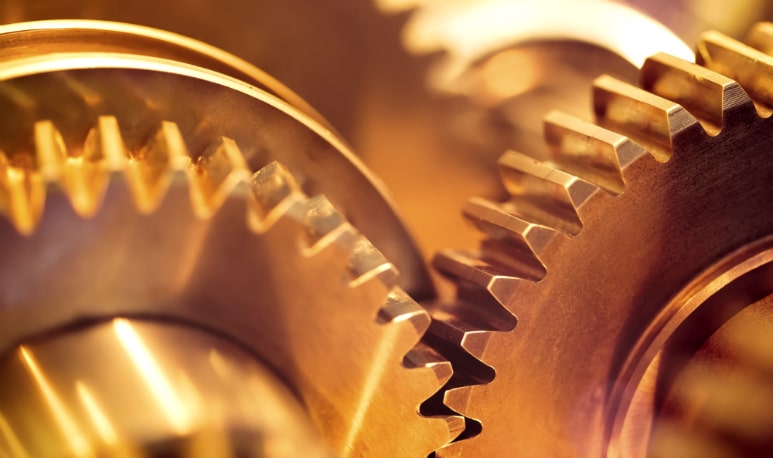 Tesla is fixing its automation problems with Collaborative Intelligence

Tesla recently made headlines for failing to deliver its first mass-market car, Model 3, to eager new owners. Delays are now projected to reach nine months on average. But bad press is the least of Tesla’s problems. As Moody’s lowered its credit rating on account of a “significant shortfall” in Model 3 production, investors sold its bonds and sent its shares dropping significantly in value.

As production at Tesla’s hyper-automated factory repeatedly came short of targets, it had to be halted and re-engineered multiple times. The CEO Elon Musk identified the cause of these problems: excessive automation.

That’s quite a lesson for the many who believe that success and cost-cutting require replacing humans with machines!

But if that’s not the answer, then what should companies do to succeed?

As Professor of Entrepreneurship at Hult International Business School, I hear this question all the time. So, I’ve set out to answer it. Of course, the question isn’t new and it has been answered before.

But we are now on the verge of the 4th Industrial Revolution, an age of rapid transformation in technology and systems of production, which is disrupting the way companies succeed. So, we need new answers.

Based on my research, I’ve developed a framework called CLEVER, which is the acronym of the six strategic drivers organizations must understand and successfully manage to thrive during the 4th Industrial Revolution.

These strategic drivers are:

Collaborative Intelligence refers to a system that uses a broader range of skills to improve its outcome. Nowadays, this generally means combining the skills of humans and machines. For example, car manufacturers employ robots to stamp, paint, and weld cars, because these tasks require accuracy and consistency, which machines excel at.

However, it is humans who eventually assemble cars, because this task requires flexibility and some creative problem solving, which are virtually impossible for robots.

To complement Elon Musk’s own admissions, many experts agree that the production problems with Model 3 are due to the decision to use robots for assembly. Robots struggle to assemble the tens of thousands of components in each car, whereas humans have skills that make them better at it.

Collaborative Intelligence prescribes that the skills of humans and machines should be combined. Tesla eventually decided to fix the problem by getting rid of  “the crazy, complex network of conveyor belts” and hiring humans instead.

Interestingly, Collaborative Intelligence works equally well in services as it does in manufacturing. Think about robotic-surgery in medicine, where a robotic arm with miniature tools performs the actual surgery, while a human surgeon controls the robotic arm through a computer.

Another example is robo-advisors in financial services. These are algorithms that collect information about clients and make automatic investment decisions based on their financial situations and goals (with some oversight from humans).

Even in a traditional industry like agriculture, crop-management can be made more intelligent by helping algorithms collaborate with human farmers.

“Collaborative Intelligence prescribes that the skills of humans and machines should be combined.”

How to embrace Collaborative Intelligence

To leverage the power of Collaborative Intelligence, business leaders should perform the following three analyses.

1. Value analysis
First, list and understand all the tasks required at each stage in the value chain and what their contribution is to value creation.

2. Task analysis
Next, analyze each task to understand the skills required to master it.

3. Skill analysis
Finally, classify each skill as optimal for machines, for humans, or hybrid.

Organizations should then invest in automating the tasks that machines can do best. These are likely to be the so-called 4D tasks that are dull, dirty, dangerous, or dear (expensive). Automation is especially important for the tasks that make a substantial contribution to value creation for two reasons. First, they are more likely to have a positive ROI. (Let’s not forget that the investment in automation can be expensive and time-consuming). Moreover, by their own nature and by the repetitive type of tasks they excel at, machines are less prone to mistakes than humans.

Collaborative Intelligence requires assigning tasks that are highly automation-prone to machines and those that require initiative and flexibility to humans. Interestingly, there is another category of hybrid tasks, which Paul Daugherty and Jim Wilson call the “missing-middle” in their recent book. These are tasks where humans and machines complement and improve each other.

Collaborative Intelligence ultimately entails designing a system where different tasks are intelligently combined, so that humans and machines collaborate to achieve a joint outcome that’s not only superior to what they can achieve separately, but otherwise impossible.

Interested in disruptive innovation? To learn about Hult’s global business programs and our new Nano Courses in Disruptive Technologies, download a brochure

Grow your leadership capabilities with an MBA in international business at Hult. To learn more, take a look at our blog 5 big reasons why to apply early for your MBA or Masters, or give your career a boost with our Masters in International Business. Download a brochure or get in touch today to find out how Hult can help you to learn about the business world, the future, and yourself. 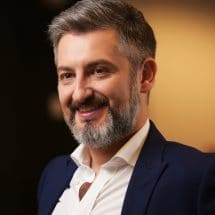 Alessandro Lanteri is Professor of Entrepreneurship at Hult's undergraduate campus in London. He’s also an advisor to the World Economic Forum, an expert for the World Economic Survey, a TEDx Speaker, and a business consultant. His research focuses on innovation and ethics. His next book “CLEVER. 6 Strategic Drivers for the 4th Industrial Revolution” will be published in 2018.