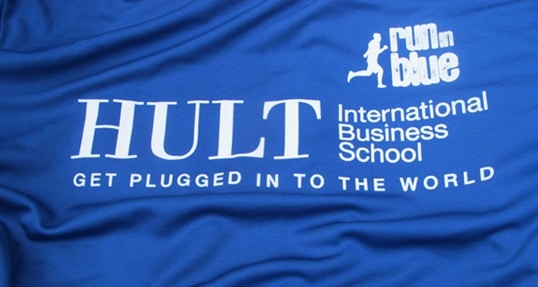 Having almost completed four modules—with only one more to go—my classmates and I keep looking at each other in disbelief: “Have we already come this far?”

It’s not easy to describe how quickly the past few months have gone by. At the same time, I am amazed by how many learnings and life experiences we have managed to compress in a relatively short period. A number of classmates have rotated to other campuses, and new friends have arrived to San Francisco. There is still so much going on, but it’s also time for an assessment.

While it feels great to look back at so many accomplishments, there were also bumps in the road. I am not afraid to admit how close I have sometimes been to “hitting the wall”, an expression popular with triathletes and marathoners alike.

Every MBA program is supposed to be demanding and unrelenting, but I have come to believe that Hult students are given the opportunity to learn one especially valuable lesson: they get to experience both success and failure, over and over again. Even the most brilliant students have had at least a little taste of the latter, and learned more from it than any class or textbook.

Rudyard Kipling wrote about how important it is to “meet with Triumph and Disaster and treat those two impostors just the same”, about one century ago. Much more recently, a popular article in The New York Times, How to Get a Job at Google, explains that the ability to constantly question oneself is considered much more important by selective employers, like Google, than one’s GPA. “Successful bright people rarely experience failure, and so they don’t learn how to learn from that failure. […] What we’ve seen is that the people who are the most successful here, who we want to hire, will have a fierce position. They’ll argue like hell. […] But then you say, ‘here’s a new fact,’ and they’ll go, ‘Oh, well, that changes things; you’re right.’ You need a big ego and small ego in the same person at the same time.”

I found that message to resonate pretty well at the San Francisco campus. With a necessary degree of generalization, I would argue that the typical Hult MBA student fits the profile of a “successful outsider”—someone whose past achievements are the result of hard work, and were never taken for granted. And the school operates much in the same way; it offers an elite education that makes every one of us students feel important and taken care of, but does not give anyone a “downhill ride”. The intensity of the program, the wide variety of activities and the infamous “grading on a curve” all contribute to the fact that there is no free ride. But there’s also the culture of the school, which itself continues to evolve, and illustrates that one simply can’t avoid to work hard—and must take risks in order to succeed.

Here is a little story. A group of friends and classmates came up with an idea last fall: create a natural and healthy drink to replace sugary sodas, and improve health and well-being around the world. They prepared everything, from a recipe to a business plan, and entered the Hult Prize. They didn’t make it to the regional finals, but they’ve kept working on it throughout the MBA program. They ended up winning the first prize at Co-Creation Lab, a student-run accelerator at Hult’s San Francisco campus. They are also now talking to possible investors and partners, while leveraging the student population as willing beta testers to perfect the product. Their company is called Cherrysh, and I wish them great success! (You can follow them on Twitter: @cherryshdrinks.)

As Marty McFly said in “Back to the Future” (not the most typical citation, I know, but bear with me): “If you put your mind to it, you can accomplish anything!”

Now, if you have read my previous posts, you may be surprised that I have yet to touch upon fitness or triathlons. The quote above sounds like the perfect introduction, so here goes!

I recently had the honor of working on the other side of the athletic fence as organizer of “Run-in-Blue”, a 5K charity run for Hult students that is held at Golden Gate Park every year. I wanted to give back to the Hult community, which offers me so much every day. It turned out to be a great event, and I put together a short video clip with some highlights.

Both stories—Cherrysh and Run-in-Blue—are meant to add a key ingredient to the message of this post: work hard, pursue your goals and learn from both success and failure…but also don’t forget to have fun in the process!

As for my own training leading to the Escape from Alcatraz triathlon, it continued alongside my classes. However the demands of Module C—arguably the peak of intensity in our MBA experience—took a heavy toll. When I looked at the cold and choppy waters of the bay, wrapped in my wetsuit and ready to jump off the boat, I knew that I had never been so underprepared for a triathlon race. That only meant one thing: I had to use all my heart! And there are one or two things that Hult has taught me about that, too.

Stefano Picker is a Hult Global Ambassador. He is a creative product manager, passionate MBA student @HultSF, a triathlete, and addicted to swimming. He has lived in Italy, London and finally San Francisco!

Picture courtesy of Orlanda Arroyo.
Kickstart your career right next door to Silicon Valley by studying at Hult’s San Francisco business school. To find out more, take a look at our blog Immersed in San Francisco. Download a brochure or get in touch today to find out how Hult can help you to learn about the business world, the future, and yourself