Home > Community > Stumped on a Decision? Try an Experiment 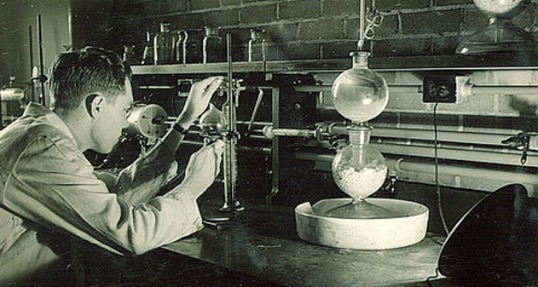 Stumped on a Decision? Try an Experiment

We’ve written before about the process of making choices, and why having an abundance of options spread out before us is actually far worse than having just a few to pick through. Why is that? Consider this: you will make, on average, 70 choices in one day, according to Social Psychologist Sheena Iyengar. Any wonder why decision making can sometimes seem so overwhelming—and so hard?

In his article “Think of Decisions as Experiments and Start Making Better Ones,” Leo Babauta asks a question that sheds light on why making a decision can be so tough: “How can we make a choice when we don’t know the outcome of each choice?” The answer to this, says Babauta, is that we just don’t and as a result, we often procrastinate. “Most of the time, people don’t decide. They put off deciding, which is why inboxes are full and clutter piles up and life choices are postponed and stress grows.” Does this sound even a little familiar?

Here’s another way to look at it. Are there right or wrong answers when it comes to experiments? In a word, no. When you go into scientist mode, the five basic steps for conducting an experiment include: posing a question, collecting data (and/or research), creating a hypothesis, testing the hypothesis, and evaluating the results to determine the outcome of the experiment. There’s nothing in there about being right or wrong—it’s just one more way to gain an insight. So for example, if you are trying to decide if you are going to move to Sydney, Australia to look for a job (as a friend is currently in the process of doing), viewing the decision making process as an experiment removes some of the stress that looms over making an international move, like: “Will I make friends? Will I adjust to living in a new country? Can I learn to drive on the opposite side of the road?”

It so happens that my potentially Australia-bound friend is conducting an experiment right now. He’s in Sydney for two weeks for some informational interviews, to scope out the rental market, and to generally walk the streets of the city to get a good gut feel if it’s the right spot for him to drop his anchor and stay awhile. At the conclusion of his two-week stay, he’ll be back in the States with a stronger set of data points than when he left. This will give him the ability to draw a much stronger conclusion about whether or not to be an expat than when he first embarked on his journey to Oz (that would be the colloquial for Australia, not the place with the Wizard and Dorothy and all that).

What if my friend makes the decision to move and in six months time is breathtakingly homesick or generally miserable? Guess what? He can move back. It’s that simple. Maybe a plane ticket to San Francisco from Sydney isn’t inexpensive, but with an emergency plane ticket fund allocated, it’s still doable. And what if he finds a great job, the love of his life, and a great pub where everyone knows his name? Then it will have been worth making the leap to a new country and a new life, based on a two-week dry run.

Here are some final words from Babauta on running your own decision making experiments: “A bigger-picture perspective helps here. Experiments might take months, or a year. That’s a tiny amount of time in the space of a lifetime, and those bigger experiments are worth learning about. When you’re just conducting experiments, there’s no failure. Any result is learning. If there’s no failure, you don’t have to worry…have fun with your experiments.” We’ll add a few more words as well. Once the stress is removed from the equation, decisions are easier to make and can be done much more quickly. Before you know it, your “in” box will be empty. What will you do with all that spare time? It should be an easy decision.

Hult offers a range of highly skills-focused and employability-driven business school programs including a range of MBA options and a comprehensive one year Masters in International Business. To find out more, take a look at our blog My Masters in International Business: Looking back on a life-changing year. Download a brochure or get in touch today to find out how Hult can help you to learn about the business world, the future, and yourself.

DBA vs. PhD – Siblings or Cousins?