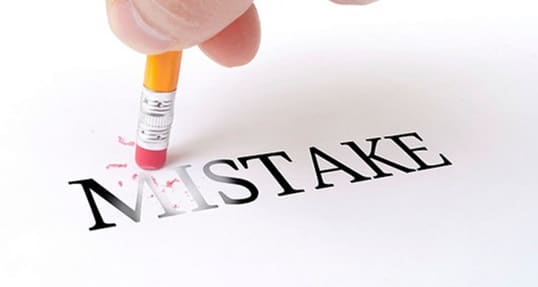 No Bad Deed Goes Unpunished: Mistakes in the Viral Age

Unless you were completely off the grid in the last week or so, you’ve probably been hearing a lot about southern chef/TV personality Paula Deen and the backlash over her…let’s call it her admission of using pejorative words (the details aren’t necessary here). In the subsequent and very highly public aftermath of her admission, Deen has publicly apologized a few times. Some of Deen’s have fans rallied to support her through social media, while some of her critics have been equally vocal, if not more vociferous. Deen’s professional decline has happened faster than you can melt a stick of butter on a hot skillet; she’s lost her television show, along with a plethora of book and merchandising deals. And the hits (or misses, in this case) keep on coming, despite her continued efforts to rectify the situation.

But Deen is not the only public figure to make missteps in the attempt to reverse a big-time blunder that’s captured the heat of a public spotlight. How about the case of former BP CEO, Tony Hayward, who in 2010 ensnared himself in some very public cases of “open mouth, insert foot” during the Deepwater Horizon oil spill? He also provided an excellent example for how not to handle a catastrophic oil spill, which also, sadly, included casualties. Remember his famous and very public claim: “I want my life back”? I’m sure to this day public relation experts cite Hayward’s successive gaffes as a prime reason for why CEOs must always be mindful of the words they choose to use—especially during a crisis.

Whether you do or do not support Hayward or Deen isn’t the point of this post, because we want to make a much bigger one—and we’re pretty sure it will resonate with you. Despite our best intentions, or maybe because we lack them in the first place, we sometimes mess up at work, at school, in life. To err is human, after all (thanks, Alexander Pope), and we make mistakes, we fail, and we say things we regret. But it’s how we attempt to turn a failure around that matters most, because it’s in making the attempt at a turnaround that we show others we’ve got a wide enough streak of humility to admit we stumbled (sometimes very badly). It also shows that we are willing to take responsibility, and will do whatever it takes to extract some critical take-aways for future use.

Sometimes, though, in the midst of a blunder, bad decision, or ill-advised choice of words, it’s hard to think clearly about how to recover as quickly and as gracefully as possible. Whether our mistakes are public or private, they need to be cleaned up. We think we found something to hasten that process.

Eric T. Wagner culled some sagacious lessons from the recent Deen debacle in his article “5 Lessons from the Paula Deen Meltdown.” Herewith, are some insightful pointers that might help us to think twice and avoid getting into trouble in the first place.

1. “You Must Watch Yourself”: Imagine the world your parents lived in, one in which social media was but an abstract idea dreamt up only by scientists, futurists and artists. In your parents’ world, people applied for jobs using the postal service, and had to buy film for their cameras to take pictures. And speaking of pictures, if someone took an embarrassing picture of you, well, you could just tear it up or destroy the negative. Not too many people would be the wiser. And if you said something offensive, rare was the person who had a video camera on hand to record your detestable uttering for posterity. Oh, those halcyon days…when you didn’t have to worry about having your junior high pictures posted in a public forum—they are gone.

Now, almost everything we say or do is fodder for public consumption, and it takes no time at all for words, pictures and videos to go viral. Wagner writes: “Lightning fast Twitter and Facebook shares in a well connected world means we are living shoulder to shoulder…you must watch yourself. Your words. Your actions. And maybe even your thoughts. As Deen found out the hard way, you never know when they’ll come back to bite you.”

2. “Be Authentic with Apologies”: Basically, the idea is simple: when you mess up, apologize. But the reality may be tougher, because giving a genuine apology entails admitting to yourself first, and others soon after, that you’ve made a mistake. Pride can be a hurdle to a real apology. If you can admit the mistake, make the apology immediately and genuinely. It goes a long way in aiding your redemption—whether you are seeking a minor or major one. “When you do make a mistake (and you most likely will), be humble and sincere in your first apology because people can tell the difference,” writes Wagner in his article.

3. “Tipping Points and Floodgates”: Even after his many gaffes during the Deepwater Horizon oil spill, it still took a few months before Hayward lost his job at BP. There’s no doubt that his missteps cost him the top perch at the company. In Deen’s case, however, the repercussions were immediate: the Food Network cancelled her show faster than you can even say the word “butter”. This was followed by a slew of companies announcing that they had chosen to sever projects and ties with Deen. After the tipping point, Deen’s public fall came fast and furious.

Wagner writes: “The tipping point, which opens the floodgates to either huge fortune or colossal failure comes much quicker in this age.” He cites the example of Instagram as a contrast to Deen’s situation: “Stare in the eyes of the tipping point for a company like Instagram. Yes—the founders fought for relevance [and] then out of nowhere; boom. Instagram tips…then gets swallowed by Facebook. Basically a Deen in reverse.” Just think of our aforementioned viral effect: word of your miscue can go global very quickly.

4. “Save For a Rainy Day”: Both Deen and Hayward have lost an undetermined amount of income due to their professional failures. While we (and they) may never know the exact dollar figure, we can bet that it was a lot. As Wagner points out, it’s a really good idea to put aside money in case there’s ever a time the well you normally rely on runs dry. Wagner writes: “Don’t get caught up in ‘wealth creep’. You know—continuing to add more expenses as your income rises. If you hit it big, stay prudent. Don’t get carried away drinking your own kool aid to the point you spend every dime coming in. Save for your rainy day. Trust me—it’s coming.”

5. “Time Heals All Wounds”: This is the good news, because if—and when—you fail, redemption is always a possibility even if may look like it’s hovering over the horizon. More often than not, it’s just going to take some time to get there. It is, though, up to you to grasp the opportunity. Writes Wagner: “If you’re in a firestorm hot enough to singe your eyebrows; fear not. It will cycle through. Time will heal the wounds and you’ll come out stronger for it.”

When Alexander Pope wrote: “to err is human,” he followed it up with this: “to forgive, divine.” Irrespective of your view on forgiveness, and when to apply it, know this: when you take a metaphorical fall on your face, how you pick yourself up and dust yourself off matters. And if you brought down others with you, and you seek to make amends right away, it’ll go a long way in restoring your credibility. Maybe you’ll receive forgiveness, or maybe you won’t even need it. But if you take heed of the five tips above, you’ll hopefully become slightly more self-aware each time you fail. And failure, because it’s inevitable, won’t be as scary because you’ll be able to fail smarter—and with a tad more grace.

Hult offers a range of highly skills-focused and employability-driven business school programs including a range of MBA options and a comprehensive one year Masters in International Business. To find out more, take a look at our blog Hult International Business School Book Reveals The Secrets To Success Of 50 World-Leading Businesses. Download a brochure or get in touch today to find out how Hult can help you to learn about the business world, the future, and yourself.