Home > Thought leadership > Is One Sleep Per Night Enough? You May Need Two 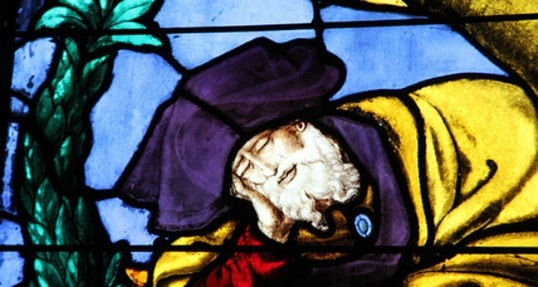 Is One Sleep Per Night Enough? You May Need Two

Imagine a world in which everyone is a night owl. Everyone, including you, goes to sleep soon after the sun sets. But then everyone rises a few hours later – and not because they can’t sleep, but because it’s the end of the night’s first sleep. While you’re up, you do your best thinking. You use the wee hours of the pitch-black night to make plans, record your most profound thoughts, and reflect. Afterwards, you retire for your second sleep. As dawn breaks, you wake up with the sun. During the day, you operate at maximum capacity; you never experience an afternoon energy slump, nor drowsily crave a catnap after lunch. Sound farfetched?

This is not a scene from a science fiction tale, nor is it a new nocturnal trend among Millennials. Whether this sounds outlandish to you or not, know this: the way we sleep now, consisting (hopefully) of one long stretch, is a modern invention – and it may not be in our best interest.

There’s compelling evidence that prior to the invention of the light bulb, when only fire fueled nightly illumination, human beings went to sleep soon after the sun set and slumbered in two parts: they fell into a “first sleep,” woke up for a couple hours, and then fell back into a “second sleep.” So claims historian A. Roger Erkich, whose 16-years of fascinating research led to the discovery that pre-industrial societies – on different continents – engaged in “segmented sleep” (he wrote a book about it, too).

David K. Randall’s article “Rethinking Sleep” describes how Erkich started off researching “the history of the night and began to notice strange references to sleep.” Digging further, he saw that plenty of literary and historical references alluded to the standardized practice of segmented sleep. A few examples include: “a character in the Canterbury Tales [who]…decides to go back to bed after her ‘first sleep,’” and “a doctor in England [who] wrote that the time between the ‘first sleep’ and the ‘second sleep’ was the best time for study and reflection.”

In the “The Myth of the Eight-Hour Sleep,” Stephanie Hegarty provides even more description of the interval between each sleep period: “During this waking period people were quite active. They often got up, went to the toilet or smoked tobacco and some even visited neighbors. Most people stayed in bed, read, wrote and often prayed. Countless prayer manuals from the late 15th Century offered special prayers for the hours in between sleeps.” But not everyone prayed. Hegarty quotes a couple of lines from an early English ballad, Old Robin of Portingale: “And at the wakening of your first sleepe You shall have a hott drinke made, And at the wakening of your next sleepe Your sorrowes will have a slake.” Maybe that’s a good suggestion for the next bout of insomnia. In any case, all this begs the question: why is segmented sleep not a part of our lives today?

As Hegarty describes it, with the advent of street lamps in 17th century, coffee houses that remained open at night, and a growing acceptance of the night as a “legitimate place of activity,” it became more fashionable to spend the evening out rather than at home in bed. About this time, long-held, menacing beliefs about the night also started to lose steam. In his book Evening Empire , Craig Koslofsky wrote: “Associations with night before the 17th Century were not good…The night was a place populated by people of disrepute – criminals, prostitutes and drunks.” As popular perceptions of the night changed, there was growing acceptance of casting aside segmented sleep in favor of the singular variety. The dawning of the Industrial Revolution only sped along that process. “By the 1920s the idea of a first and second sleep had receded entirely from our social consciousness,” wrote Hegarty.

Now, given the 21st century ubiquity of electricity and electronic gadgets – including “cities that never sleep” – would “modern” humans even be capable of re-adjusting to two sleep periods per night? It appears so. Randall’s article also references a study that psychiatrist Thomas A. Wehr conducted in the early 1990s, in which study participants went without any means of artificial light for fourteen hours a day, for 30 days. At the beginning of the study, participants slept through the night. But by the end of the study all the participants had developed the same nightly pattern: they fell asleep for four hours, woke up for approximately two, and fell back asleep for a final four. What does this say about the widely accepted belief that we need eight hours of sleep per night?

In an interview with Laura Blue, sleep expert Daniel Kripke eschewed the idea that eight hours of uninterrupted sleep is the dictum we should go by because there is simply no science to back that up. In fact, “studies show that people who sleep between 6.5 hours and 7.5 hours a night…live the longest…people who sleep 8 hours or more, or less than 6.5 hours…don’t live quite as long. There is just as much risk associated with sleeping too long as with sleeping too short.” And in her article, Hegarty quotes sleep expert Gregg Jacobs as saying: “For most of evolution we slept a certain way…waking up during the night is part of normal human physiology.” So maybe we can give ourselves a break next time we are wide awake in the wee hours of the night, considering that it was something our ancestors did for thousands of years!

“One of the reasons I like to publicize these facts is that I think we can prevent a lot of insomnia and distress just by telling people that short sleep is OK. We’ve all been told you ought to sleep 8 hours, but there was never any evidence,” said Kripke in Blue’s interview. There are a couple of takeaways here: we should aim for the amount of sleep that allows us to feel good during the day, and if that’s not in an eight hour block, then that’s OK, too. For some of us, this means that a daily nap may be just as important as that first cup of coffee in the morning. And for all of us, this means that what works for us individually won’t apply to everyone. Because while we may all have different sleep needs, we generally want the same thing: to feel rested enough so that we can be productive, successful people during the day – even if this means we need that “hott drinke” to slake our thirst at night.