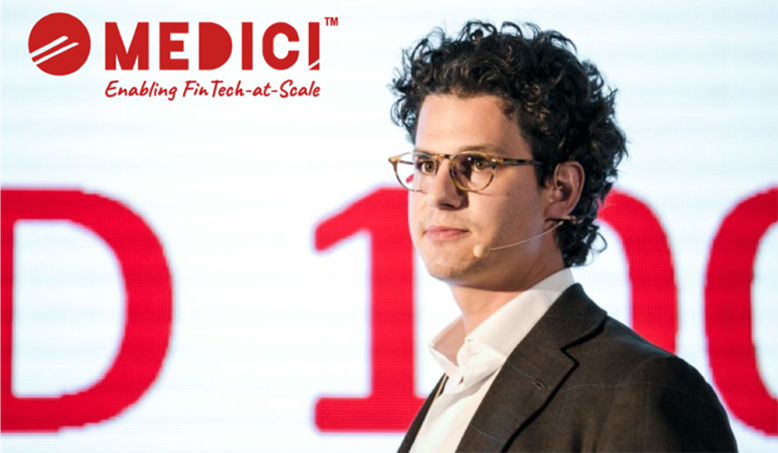 Fintech: Past, present, and future

The world of fintech startups moves at relentless pace. A recent influx of digital financial products may be revolutionizing how we handle our finances; but in doing so, has shone a light on the differences between traditional banking behemoths and these agile young companies. Let us call it a work-in-progress; for as Hult MIB graduate turned fintech entrepreneur Nicolò Petrone explains, “the collaboration between the incumbents and innovators is the only key to the growth of this sector”.

Nicolò, born in Naples, launched a platform to enable such conversations between businesses, building on his international studies and an inspiring meeting in San Francisco. It’s called MEDICI: like the ancient Tuscan family, venture capitalist ante litteram. Nicolò was recently selected for the Forbes 30 Under 30 list in Italy.

Below, Nicolò speaks on the origins of the company, and the challenges of working in fintech circa 2019.

Can you tell us how MEDICI came about?

It all started in 2014, when I lived in San Francisco. At a networking event I met Aditya Khurjekar, a veteran of the fintech industry, who had recently founded and led to exit an important event company (Money2020).

Over a lunch that lasted hours, Aditya told me about the opportunity to create an international platform, a market network, to enable the fintech ecosystem of startups, financial institutions, investors and regulators to better work together. The ecosystem was growing rapidly, and the financial sector was at the gates of profound change. I liked the idea a lot and the opportunity was tangible.

From San Francisco I moved to Charlotte, North Carolina, where I spent about a year dedicated to the design of the platform and the initial go-to-market in the States. After acquiring part of the company, I moved to Europe to start operations in a completely new and completely different market. At the same time MEDICI also took shape in India, where we were in effect the first mover for an initiative of this kind.

Many people ask us why the startup is called MEDICI. The ancient and powerful Florentine family inspired us, being one of the first banking companies and among the first venture capital companies in Italy.

In 2015 MEDICI was live with 10000 profiled fintech startups, 50 investors, and more than 30 client banks. Today MEDICI employs more than 50 people in the U.S., Europe, India, and Singapore, and collaborates with around 100 banks worldwide.

Explain what MEDICI does, and why?

MEDICI has evolved a lot over the last four years following the evolution of the market in the different countries. We started in 2015 as a deal sourcing platform for investors and banks. Every month we talked to dozens of financial institutions and hundreds of fintech startups.

Without having planned it, we were acquiring unique insights on the innovation strategies of the major players in the industry. In 2016 we started to monetize this asset through a business unit entirely dedicated to digital transformation projects.

What has changed in fintech over the last five years?

The sector has evolved at unexpected speed and we have had the privilege of following that transformation from an international perspective. In a short time we realized that everything that happened in the U.S. arrived in a successive wave in Europe after 12-18 months, and in Asia a further six months later.

We’ve seen change in the way in which financial institutions work with startups. The collaboration between incumbents and innovators is the key to the growth of this sector. I try to summarize the four main phases:

At the beginning of 2014, banks perceived the need for open innovation to keep up with the rapid innovation coming from the world of startups. The fintech ecosystem was growing fast, and following its developments was a challenging task for the incumbents. An ad hoc function was needed.

In 2015 the banks created the first innovation teams and forged partnerships with business accelerators such as Plug and Play, 500 Startups, Y Combinator, and many others. This channel of engagement highlighted emerging players with whom to potentially form partnerships, and helped start the long process of cultural change.

In 2016 the situation changed. Many accelerator collaborations were struggling to contribute substantial concrete development to the partnerships with fintechs. The return on investment was limited, and innovation departments started having problems justifying their KPIs.

Thus began a new phase of collaboration between banks and fintech. Innovation managers realized that the problem did not lie in the initial phase of the innovation process (scouting activities and engagement of startups) – but in their ability to create solid case studies to bring collaborations to a concrete proof of concept. We define this phase as “sell-in”.

Banks mobilize in different ways to support the sell-in. Some internalize acceleration models, and use them as vehicles to align their business with innovation projects. Others create innovation functions legitimized by the CEO. This favors an alignment from the top and rapid, lean, and scalable management of strategic partnerships with startups.

The result of these measures was seen in 2017, when the number of partnerships between banks and fintech increased exponentially.

In 2018, these models evolved further. Acquisitions and investments in fintech became the preferred vehicle for most advanced financial institutions.

Do you have resolutions for 2019? What short-term goals has MEDICI set for itself?

2019 will be a year full of news for MEDICI. We will make an important investment in a B2C business line to bring our insights and data to the international fintech ecosystem. We will consolidate our Asian VC fund (launched in 2018), and strengthen our business line dedicated to the creation of corporate accelerators. There will also be important news on the Italian side, but I can’t tell you any more for now!

Thank you Nicolò, and all the best!

Inspired by Nicolò’s journey into fintech? At Hult, learning about breaking disruptive technologies and the gamechangers harnessing their potential is built into each and every program. Find out more by downloading a brochure.

Hult offers a range of highly skills-focused and employability-driven business school programs including a range of MBA options and a comprehensive one year Masters in International Business. To find out more, take a look at our blog How innovative business models can reshape an industry. Download a brochure or get in touch today to find out how Hult can help you to learn about the business world, the future, and yourself.