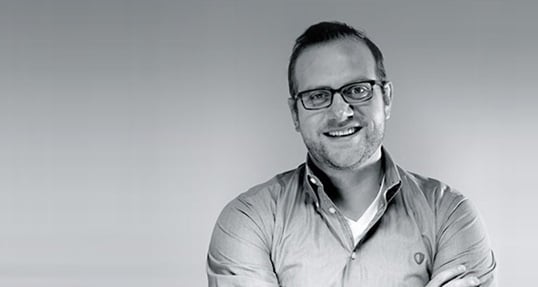 Let’s say you’re stuck on a problem. You need help. You ask co-workers, you reach out to friends, and bit by bit you gather the data to get unstuck. Now imagine you could broadcast your problem to a much larger group of people—one so large it spans the globe, providing you with critical knowledge to solve your problem more quickly. This is essentially what crowdsourcing does; it enables people to solicit and provide information and resources on a much larger scale.

The folks at The Daily Crowdsource cite a popular example: “Instead of Wikipedia creating an encyclopedia on their own, hiring writers and editors, they gave a crowd the ability to create the information on their own. The result? The most comprehensive encyclopedia this world has ever seen.” They also make an important point about quality: “The principle of crowdsourcing is that more heads are better than one. By canvassing a large crowd of people for ideas, skills, or participation, the quality of content and idea generation will be superior.”

We at Hult Labs were intrigued by crowdsourcing, and specifically crowdfunding. The latter involves raising “small” monetary contributions from a lot of people, which can add up quickly. We spoke with Dan Baird, an entrepreneur for several years who has also been deeply entrenched in the crowdfunding world. Baird is a Vice President of Sales and Marketing at CrowdEngine, a software company that creates custom crowdfunding websites for entrepreneurs, non-profits, and large organizations.

Q: How did you get into crowdfunding?

I got started in entrepreneurship at 19, bootstrapping a startup with friends for oversized beanbags called LoveSacs. It did well, and as that company grew I was lucky enough to be able to build new products, new operations, and ultimately a couple of my own businesses. From there I got an MBA in Branding and Entrepreneurship from the Thunderbird School of Global Management, and was hired by ConAgra’s Marketing Innovation Group to develop new brands and product lines.

It took years of bouncing around to realize the common thread between all that work was being part of the strategy and launch processes. When I came across crowdfunding, I immediately fell in love; it’s a brand new and fast-growing market that launches brand new products and businesses. It’s a space with a ton of work to be done and there are a lot of opportunities to collaborate with entrepreneurs of all kinds—including nonprofits.

Q: How would you define crowdfunding?

It’s exchanging social capital for “real” capital. Each of us has built a pool of relationships that we can use to direct a little attention toward something we care about. Crowdfunding is using our influence to direct people to a product, cause, or business that needs capital. If it’s an interesting concept, people will contribute time, resources, or just pass along the message to their network. Getting the right message to the right influencers can result in contributions—even tiny ones—that can result in substantial impacts, like charitable donations, new revenue, loans, investments, etc.

Q: Why do you believe crowdfunding is a game changer in the business world?

I believe there are five major reasons why crowdfunding is disruptor and will significantly impact the business world, as we know it.

It’s a HUGE force for empowering some very deserving causes that often get lost in a world where Millennials get bombarded with 45 minutes worth of ads every day. They’re filtering their messages and it’s getting harder to get through. Crowdfunding—because it’s powered by relationships and word-of-mouth—is like advertising, except that it trades on authenticity and user interest. It’s also vetted by social networks, which means messages are more likely to resonate and become internalized. That levels the playing field for the “average Joes” that are fighting for attention versus the ads a Fortune 500 firm places in front of you.

It also puts more power in the hands of creators and innovators. Many of the people crowdfunding for new ventures can’t afford to quit their day jobs, but that doesn’t have to stop them from innovating. This allows for more competition from more players, resulting in more innovation, which means we (society) all win in the end.

2. It can help determine if a product/service is viable.

In traditional product development, you design a product, put a rush on research and consumer exposure to launch, negotiate with a manufacturer to guesstimate quantity, pay cash upfront, wait for production, wait for shipping—all with the uncertainty of whether or not you will sell even one unit.

But now, even crowdfunding on a tiny budget can be enough to start a multi-million dollar company. Instead of the above process, you can design a prototype and use $5,000 to organize and build a campaign on Kickstarter or Indiegogo. Potential consumers are exposed to your product, and may buy a unit based on your campaign and demo, which in turn seeds your entire business. Companies have used this method to generate millions in “pre-sales” revenue. They get immediate and reliable feedback from actual consumers. They collect revenue before they need to place an order, and potentially have the building blocks for a real long-term business to boot. For $5,000, that’s a great deal.

3. It reduces intermediaries and opens up new means of distribution.

Intermediaries, like venture capitalists, angel funds, and banks, have often handled the allocation and access to capital. But crowdfunding makes capital access more open and efficient by allowing entrepreneurs and nonprofits to advertise that they’re raising funds, and automating much of the process.

Let me give you an example. Before taxes were implemented in the United States, Ben Franklin crowdsourced a street sweeper with neighbors to keep the street on which they lived clean. Now, instead of getting signatures to prove to your congressperson that there is demand to pass legislation to tax and spend, you can ask the crowd directly if they are willing to pay for what matters most to them. You can crowdfund social improvements, down to fixing a pothole, helping a neighbor—anything—because of our access to technologically efficient ways to share a need. And by the way, your “neighbor” can be on the other side of the world. The barriers of geography and minimum contribution are gone. People that haven’t typically had a strong network or other advantages are no longer limited. Anyone can provide solutions, for problems of all sizes.

A friend of mind set up a crowdfunding campaign last year when one of his old teammates passed away from cancer and had outstanding medical bills. My friend posted the campaign on Facebook and raised $10,000 in a few days. Many of those donations were from people that had never met my friend’s teammate—they just wanted to help!

Crowdfunding has a lot of people nervous about fraud, but so far it has been surprisingly safe. Since the engine of message distribution relies on willing participants and existing relationships, people are much less prone to share what they don’t believe, or messages from people they don’t know. Beyond that is the attention; to get big money without relationships you need big claims, and that attention may be more than you bargained for. The crowd is as smart as the smartest person in it, and it only takes one expert to call someone out.

5. It will only become bigger and more important.

Crowdfunding is growing FAST. Massolution’s estimate of crowdfunding growth in 2012-2013 jumped from $2.7B to $5B globally. A report commissioned by the World Bank projects that we will approach $96 Billion by 2025. I know a few experts that consider that estimate to be too conservative, and I’m inclined to agree.

Yes. It’s an entirely new category, not just finance, but resource allocation. It adds a human element that we often miss in business; and its uncovering newsworthy stories that typically wouldn’t see the light of day. It’s also monetizing relationships and authenticity; it’s placing value on being “liked”. These are all pretty valuable and hard to fake. It has unlocked vast resources for millions of people that wouldn’t have access otherwise.

But it’s important for people to realize that crowdfunding does not mean “free money.” It’s a new means to get it, but you’re essentially trading time and social capital. You still pay, just not necessarily in cash. You need more than just an idea; you need a story, a cause, and a plan to fulfill your promise. Your reputation is on the line and that may be more valuable than money.

This may not be revelatory advice, but my favorite is simple: “do what makes you happy, don’t chase a salary”. Focus on what you do well, and like to do.

There’s going to be a crossover for crowdfunding and sourcing soon, which means that people can afford to indulge and potentially live off their craft. If you have strong skills and a robust Rolodex that can attract either the crowd or project owners, you have a shot at launching either an idea or an entire platform. When I was working on my MBA, I did a double capstone in branding and entrepreneurship. I studied the elements of positioning and launching a product. That helped, but you want to be doing work you can’t fake, because you can’t fake anything for too long in my experience.

Crowdfunding and the Internet are rewriting the rules of capital access. Geography matters less, intermediaries and introductions matter less. The public is harder to convince, but cheaper to access than ever. Crowdsourcing means your aren’t tied to 70 miles around Sand Hill Road. It means entrepreneurs no longer need an introduction to a venture capitalist. It means they may not even need traditional financing. It’s fair to say that there is no reason that the next big thing can’t easily come out of a garage in Anytown, Anywhere, not just Silicon Valley.

Thank you for your time!

Make the most of what your career has to offer with a Masters in International Business from Hult. To learn more, take a look at our blog An Unexpected Lesson in Change, or give your employability a huge boost with an MBA in international business. Download a brochure or get in touch today to find out how Hult can help you to explore everything about the business world, the future, and yourself.