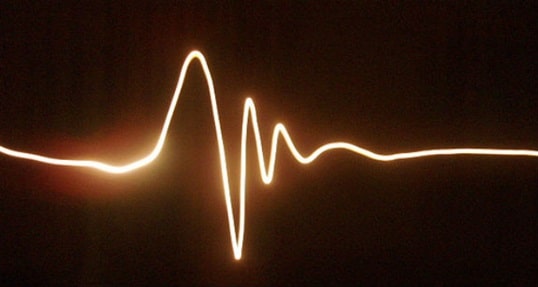 Classes, Lectures and Zombies, Oh My

On a perfectly ordinary morning, Shaun went about his usual daily routine without much thought. He walked through his London neighborhood without noticing the signs of growing disorder and mayhem around him. He was unaware that a pathogen was spreading like a wildfire on steroids through city streets. It killed its victims with vicious efficiency, only to re-animate them seconds later – without the functional use of their brains. Presto: the living dead were born.

Such is the case in the cult classic “Shaun of the Dead,” in which a zombie apocalypse unceremoniously descends on London turning once normal citizens into flesh-craving, wit-less monsters who know only two instincts: bite and eat. For Shaun, who was not exactly accustomed to flexing his cerebral abilities, two things worked in his favor when battling zombies: they moved very, very slowly, and due to their inert brains, were incapable of exercising any exceptional tactical abilities – except maybe when to lunge for victims.

But new research shows that even without a pathogen infecting our brains, we are still prone to zombie-like behavior during certain activities that might surprise you, and which have implications on the best ways to educate students – at all levels.

In a new study conducted by MIT Professor Rosalind Picard (who co-wrote the study with some of her graduate students), participants were outfitted with wristbands to measure electrodermal activity (EDA). Picard and her fellow authors describe EDA as a “sensitive index of sympathetic nervous system activity” that measures “physiological arousal.” Put simply, EDA measures the body’s reaction to one’s thoughts and can, in a sense, measure how much a person is engaged in an activity. Picard and her team measured participants’ EDA during different scenarios that tested physical, emotional and cognitive responses.

The researchers found that “intervals of elevated EDA frequently corresponded to times when a participant was studying, doing homework, or taking an exam. This is possibly due to the increased cognitive stress associated with these activities.” In other words, doing battle with a zombie would likely cause a higher increase in EDA, than say, deciding which flavor of ice cream to eat after said zombie has been vanquished.

Only two specific activities resulted in EDA readings that “flatlined,” as Annie Paul describes it in her blog post on the study: watching TV and sitting through class. Most of us probably wouldn’t be surprised to find out that television induces us into a zombie-like state (it’s temporary, right?). But it was surprising to see that an EDA level could belly flop into a flat line by an activity that’s supposed to make us better and smarter. It puts a wrench in the notion that traditional classroom learning is the best, most effective educational format.

In Lane Hardesty’s MIT News article from March 6th, he describes a recent summit on online education. He mentions that Eric Mazur, a physics professor from Harvard, referenced the recent MIT study on EDA during a panel discussion in which he advocated for more interactive teaching. Mazur also quoted 18th century literary giant Samuel Johnson about what Johnson called “the inefficiency of lectures” to illustrate his point. “I know nothing that can be best taught by lectures, except where experiments are to be [performed].” Was Johnson portending the creation of zombies? In a way, yes. Johnson knew, nearly 300 years ago, that in order for true learning to take place, students must be engaged. Otherwise, classrooms will be filled with students that have flatlined, in the EDA sense of the phrase.

To combat inadvertent zombie creation in his classroom, Mazur cited one technological example he’s adopted – a program known as “NB” (which stands for the Latin phrase “nota bene,” or “note well”). It allows students to make comments on online documents as a class. They can also tag sections where they have questions, and fellow classmates are free to answer. The collective comments provide Mazur a good sense for specific issues that require further clarification in class.

Hardesty goes on further to state that new interactive educational technologies like “video lectures, online discussion boards, automated grading algorithms, and communal text-annotation programs” may be in their first round of iterations, but that they will improve over time. As educational technologies improve, they have the potential to truly innovate the educational experience by increasing student engagement deepening the quality of teaching. It may be too close to call for Shaun and London, but perhaps an educational zombie apocalypse can be averted after all.

Hult offers a range of highly skills-focused and employability-driven business school programs including a range of MBA options and a comprehensive one year Masters in International Business. To find out more, take a look at our blog Top 10 questions to ask when looking at business schools. Download a brochure or get in touch today to find out how Hult can help you to learn about the business world, the future, and yourself.