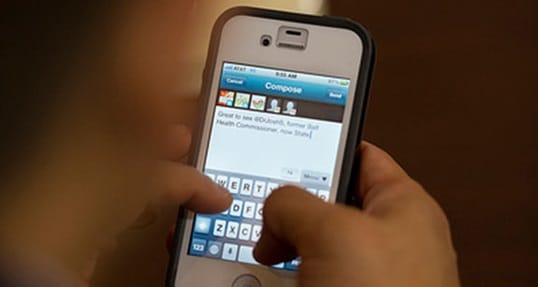 Something momentous has happened to you, or a momentous thought has struck you, and now you want to share. Let’s say Twitter is your medium for dispensing your news. As you quickly strike the keyboard one thing becomes clear: you will have to compose an abridged version because you’ve…run out of characters. Sure, you can truncate some words, and sure you can lean on text slang, but sometimes even that isn’t enough of a countermeasure – you still have too much to say.

But you will not be defeated. You go into haiku-mode and pare down your words until you’ve captured the very core of what you want to communicate. Now take a step back and think back to the last time you were at work – or if you are a student, at school (that is work) – and ran into the same conflict. Too much to say, but a limited amount of time or space to deliver the message. In real life bosses are busy, meetings have hard stops, and when you are given a finite amount of time to present to colleagues, no one will take kindly (nor will they absorb what you have to say) when you take a leisurely stroll to your main premise.

Perhaps tweeting may be a form of communication you have given little thought to, but it does provide a very real world parallel. By limiting the number of characters you can use, Twitter forces you to shrink a message down to all its vital parts – and that is actually a big deal.  And don’t just take my word for it. At Hult Labs we have heard business leaders at all levels tell us that the ability to deliver a succinct message, verbally and in written form, is a skill they rarely see, want more of, and have even deemed “critical.”

Perhaps tweeting is not your thing. No problem. The Financial Times Lucy Kellaway recently offered some pretty good advice in her article, “Bosses fail the 10-year-old test.” She writes: “A CEO ought to be able to explain what he does in a way a child can grasp.”

Now, you may not currently find yourself in a C-level role, you may not be interested in ever finding yourself in one, and perhaps you don’t regularly talk to children. But none of that matters. What Kellaway is suggesting applies to anyone who wants to be a good communicator – if you find yourself in a situation in which brevity is required, strip your message down to the bones.

Kelly writes: “As the naked emperor found out long ago, the child is the best and the toughest inquisitor there is. If any chief executive is unable to say what he does in a way that a brightish 10-year-old can grasp, he either hasn’t thought about it carefully enough or he should stop doing it at once.”

Now, I’m advocating you stop doing anything, but I will say this: the ability to communicate succinctly raises your chances of being clearly understood, and that your audience (even if it’s an audience of one) will remember what you had to say and take something meaningful away. OK, maybe not exactly what you said word for word, but the very crux of your message. And this is important in a world where we are bombarded with verbal, literal and digital messages of all kinds, all the time, and don’t have the capacity (or the will) to store it all. This is not always easy, and it does require you to spend some time seriously thinking about what it is you really want to say before you take the first crack at saying (or typing) it.

Kellaway is not alone in proposing the advice to be concise. In a 1985 essay, “How to Write with Style,” writer Kurt Vonnegut relayed one particularly good writing nugget (among many – seriously you should read the whole thing) in his rule #3, “Keep it Simple”:

“As for your use of language: remember that two great masters of language, William Shakespeare and James Joyce, wrote sentences which were almost childlike when their subjects were most profound. ‘To be or not to be?’ asks Shakespeare’s Hamlet. The longest word is three letters long. Joyce, when he was frisky, could put together a sentence as intricate and as glittering as a necklace for Cleopatra, but my favorite sentence in his short story ‘Eveline’ is just this one: ‘She was tired.’ At that point in the story, no other words could break the heart of a reader as those three words do.”

So when you want to truly reach an audience in a pointed way (and maybe like Joyce elicit some kind of emotion), just remember: you can keep it short and sweet and still have impact.

Explore the complexities and challenges of the marketing world with Hult’s Masters in International Marketing. To learn more, take a look at our blog Social media appearances matter, or get into broader business with a Masters in International Business instead. Download a brochure or get in touch today to find out how Hult can help you to explore everything about the business world, the future, and yourself.