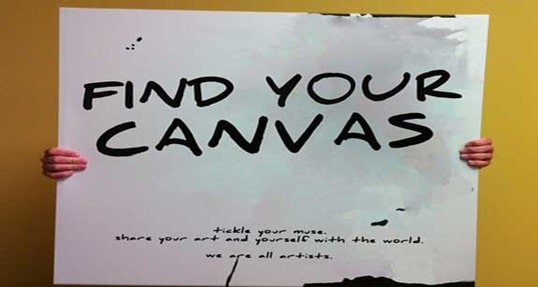 An Overview of the Maker Movement – What is It, and Why Now? [Part 1]

“Making is fundamental to what it means to be human. We must make, create, and express ourselves to feel whole. There is something unique about making physical things. Things we make are like little pieces of us and seem to embody portions of our soul.”

This quote comes from Chris Anderson, former editor-in-chief of the ultra smart, ultra visionary Wired Magazine, and a best-selling author. It’s also very fitting, given the phenomena of the Maker Movement that has gained momentum in the last few years.

But what exactly is it, and why is it happening now?

Allow me to describe it this way: it is a creative revolution, occurring around the world, that also represents a return to our artisanal past—before the tools of production were owned by large corporations. Today, over 125 Maker Movement communities have been established around the world. But it’s brought more sweeping change than that.

The movement is driving creation and invention at many levels of business. On one hand, you have people who are making handicrafts from indigenous textile–based products to leather goods and custom-designed jewelry. People are creating fashion, and premium products like artisanal bourbons and tequilas. The movement has also opened the door to innovations in eco-friendly transportation, (city bicycles and alternative energy vehicles), and human-centered technology, such as wearable digital devices and high tech products like drones and robots.

So what exactly are the factors driving all of this? It turns out that there’s a perfect storm of forces at play:

1. Access to global markets
2. The proliferation of cheap, powerful, easy to use tools
3. The widespread availability of “maker spaces” and mentors
4. Historically unprecedented access to capital

Let’s take a look at these more in-depth with specific examples.

In the past, the vast majority of makers were limited to selling physical goods in their local communities. They’d roll out a blanket in the village square (a long, long time ago), attend flea markets, trade shows (expensive and time consuming), or scramble to find space on precious retail shelves. But greater access to virtual, global markets has been a boon for makers of all kinds.

Here are some companies, with which you may already be familiar.

Etsy gives instant, online global access by providing makers with virtual storefronts (in the same vein as a crafts fair), but it doesn’t stop there. It also provides training in logistics, pricing, and ad marketing to handicraft makers from around the world. Threadless, started with only $1,000, provides similar capabilities to graphics designers and artists who compete to have their designs printed on the company’s very popular t-shirts, which are also sold on the company website and in retail stores.

Even Amazon has gotten in on the maker momentum by recently partnering with 3DLT, a pioneering 3D printing template marketplace, which also happened to sell the first 3D-printed gear on the Amazon.com. The four initial categories are jewelry, home décor, toys and fashion accessories (including tech accessories). Don’t have a 3D printer? No problem—the company has established a partner network for those seeking printer access.

And then there’s the increasingly popular Maker Faire, which is part science fair, part county fair, and part something entirely new. Maker Faire is an all-ages gathering of tech enthusiasts, crafters, educators, tinkerers, hobbyists, engineers, science clubs, authors, artists, students, and commercial exhibitors—it literally offers something for everyone. All of these makers come to the fair to show and sell what they have made, but more importantly, to share what they have learned.

A record 195,000 people attended the two flagship Maker Faires in the Bay Area and New York in 2013, with 44% of attendees first timers at the Bay Area event, and 61% in New York. But the fair—along with the movement—has also gone global: in 2013, 98 independently-produced “mini” and “featured” Maker Faires occurred around the world—including Tokyo, Rome, Santiago, and Oslo.

The fair is primarily designed to be forward-looking, which means that it highlights makers who are exploring new forms and new technologies. But it’s not just for the novel in technical fields; Maker Faire features innovation and experimentation across the spectrum of science, engineering, art, performance and craft. And because many of the various makers all over the world hold day jobs, it should be no surprise that the spirit of the movement is playing an increasing role in “traditional” business. In my next post I will explore the remaining drivers, and how they are influencing innovation in business. Stay tuned.

Make the most of what your career has to offer with a Masters in International Business from Hult. To learn more, take a look at our blog Ikigai, or how to find your purpose, or give your employability a huge boost with an MBA in international business. Download a brochure or get in touch today to find out how Hult can help you to explore everything about the business world, the future, and yourself.