Home > Careers > A Tale of Two Change Managers: Successful Change Starts With You 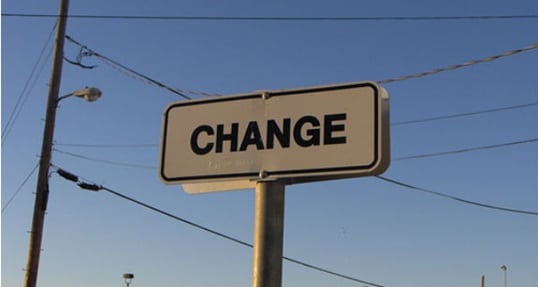 A Tale of Two Change Managers: Successful Change Starts With You

The type of person you are – from how you deal with people to the type of work environment you like the most – will influence how you handle change. But the realities of business today mean that disruptive change happens more often, and at a faster clip. As a result, organizations need people who have the ability to thrive in ambiguous situations, and consistently perform at high levels in the face of rapidly changing conditions.

That’s why exploring who you are can be such an important part of handling change well. Are you someone who seeks out change and tries to get ahead of the curve? Or are you someone who runs away from change, hoping it won’t affect you until the last possible minute? If you’re the former, that’s great – but such people are truly rare. If you’re the latter, that’s OK – most of us are like that. After all, change can be very uncomfortable. But learning just a few simple lessons about how to deal with change can make you more comfortable with it, so your first instinct won’t be to run away.

First of all, some definitions. Change management is often defined as “a set of basic tools or structures intended to keep any change effort under control.” But really, we should want to do more than just control change – we should want to make it work for us in the long run by getting people excited by the potential that change can bring, instead of the risks and pain than may accompany it.

While all companies have to deal with change to some degree, some handle it better than others. Starbucks is an example of a recent successful corporate change, with ex-CEO Howard Schultz returning to lead the company out of its financial doldrums. Schultz had the guts to ask the hard questions about why the company had lost its way – choosing to chase new growth and markets while forgetting its core value proposition: a good cup of coffee. As part of his efforts, Schultz shut down all the company’s stores for a few hours to retrain employees on how to make the perfect cup of coffee. There’s certainly more to the story than that, but there’s no doubting that Starbucks’ sales are on the rise again and the company is not looking back.

On the flip side, JC Penney is the most recent example of change gone wrong. Ex-Apple retail chief Ron Johnson came in with big plans to revolutionize the staid retailer the same way he’d done so at Apple, but a lot of things went wrong. Most notably, he failed to get employees on board with his plan for change. From the outside looking in, Johnson never really analyzed what led to his success at Apple; he seemed to assume he could make that same magic happen anywhere. It was a costly assumption.

I believe part of the difference between these two approaches lies within the men who spearheaded the two very different change initiatives. One appears to have reflected on what he really wanted and why he wanted it prior to institutionalizing the change process. The other one, not so much. This gets to the heart of how you can be an effective agent of change: start by understanding who you are, why you want change, and why you think it’s needed. Do this before you attempt to engage others in a change initiative; it will help you determine whether the change you are seeking is truly good or not.

That’s why it’s always worth asking a few basic personal questions before leading others on a change journey. Questions such as: Do I want this change for purely selfish reasons (personal glory, etc.)? Will others perceive it that way, even if it may not be true? Will this change only benefit me, or will it really have benefits for others? Am I open to accepting comments and feedback about the change along the way? Finally, what kind of a process do I want to use for getting others involved to help with the change?

It’s really only once you have answered these questions – to explore your motivations and the primary reasons for why you think a change initiative is the way to go – that you can begin the process of getting others involved.

I believe the art of handling change well is so important that I’ll be teaching a class on the topic later this month at Hult’s San Francisco campus. In order for students to develop the ability to thrive as change agents they must practice leading others through it. The students who take my class will get a chance to practice just that. For those who can’t be a part of my class, I’ll be sharing my students’ insights on handling change during the class on Twitter, so if you’d like to participate, please follow me at @AdamCarstens.

Adam Carstens is Director of Research at Hult International Business School, and a member of the Hult Labs team.

Kickstart your career right next door to Silicon Valley by studying at Hult’s San Francisco business school. To find out more, take a look at our blog Hult scores in top 20 in The Economist’s Which MBA? ranking for 2019. Download a brochure or get in touch today to find out how Hult can help you to learn about the business world, the future, and yourself.