Home > Archive > A Cheating Scandal, A Learning Opportunity, and an Update 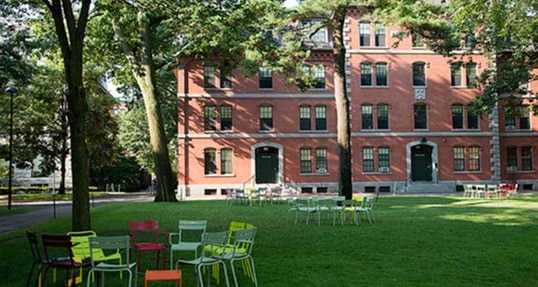 A Cheating Scandal, A Learning Opportunity, and an Update

The professor’s final exam instructions for the class were clear: “Students may not discuss the exam with others.” But not all the undergraduate students complied. Upon observing striking similarities among a portion of the exams, the professor alerted the school’s administrative board, which began an investigation. Last fall, 125 of the students that had been enrolled in the “Introduction to Congress” class (out of 249) were investigated for “plagiarizing answers and inappropriately collaborating.” The Dean of Undergraduate Education, Jay M. Harris, went on record to say that the cheating scandal was “unprecedented in anyone’s living memory.”

Sifting through the layers of the story, however, shows that details of the incident were not so black and white, and probably why the ensuing investigation only recently concluded. Students had the freedom to work on the exam wherever they chose, for example, and it was “open book, open note, and open internet.” The exam itself included questions that had not been covered in the class or the assigned reading, yet comprised a healthy percentage of the total exam grade. Some students expressed unhappiness about a lack of access to the professor and teaching fellow when they sought clarity on the way one question in particular was phrased – no one understood what it was asking.

It’s no surprise that the combination of ambiguous exam and stressed out students led to temptation’s doorstep. What was surprising was the extent to which it did. At schools everywhere, students vie for grades amidst the perception that top marks make the difference between a great career and a mediocre one. It’s a perception, though, that just doesn’t hold. We at Hult Labs have spoken with employers who’ve told us plainly that there’s just no correlation between grades and short and long-term professional success.

While some of the Harvard undergrads in the class drew a line in the sand and told themselves (and maybe others) that they wouldn’t cross it, others obviously made a different choice. Maybe they didn’t think it was a big deal if they crossed the line, or perhaps they were driven to do it by desperation. What is certain is that at some point in their careers they will all find themselves again in situations where they will be forced to take a stand and make a difficult choice. That is why this cheating scandal can serve as a lodestar for current and future students.

“I think it’s important for us to be able to take an event like this and teach it, treat it as a teaching opportunity,” said Dean of the Faculty of Arts and Sciences, Michael D. Smith. Those of us years out of school know that life has a way of helping us determine our value systems. But college students haven’t necessarily experienced the professional and personal twists and turns that inform what truly matters to us, and what we won’t compromise. And it matters in the real world, too. Our research shows that a plurality of business leaders believe a high degree of integrity is the most important trait young graduates should exhibit. That message may not be reaching students in school, however, or schools themselves.

In an interview with Susan B. Noyes, Harvard psychologist, and MacArthur Genius grant recipient, Howard Gardner had this to say: “Our biggest mistake is that we don’t take enough time to examine – to think about – why it’s not good to live in a society where people cheat. People shouldn’t believe that the worst possible consequence of cheating is getting caught and punished. Rather, they should prefer to live and work in a community where they give each other common respect and avoid cheating because of their regard for others and for the health of the community. School is the first place where children develop work and citizenship. Good work should be taught there.”

The school’s investigation of the incident concluded in December, although details have only recently been released. Sixty of the 125 students under investigation were forced to “withdraw,” although they will be eligible to return in a year. But there’s a catch. In an email that went out on February 1 to students and staff, Smith wrote that those students have to take on “a full-time, paid, non-academic job in a non-family situation” for one year before they will be considered for re-enrollment.

Does the punishment fit the crime? Perhaps for some of those students a good dose of the real world will serve to underscore the consequences of making a bad choice, and hasten a very good understanding of where they’d draw that line in the sand in the future. As far as the changes the school plans to make to guard against a repeat incident, and educate students, there’s not a lot of information at this point. But we at Hult Labs will be watching.

Hult offers a range of highly skills-focused and employability-driven business school programs including a range of MBA options and a comprehensive one year Masters in International Business. To find out more, take a look at our blog Top 10 questions to ask when looking at business schools. Download a brochure or get in touch today to find out how Hult can help you to learn about the business world, the future, and yourself.