Home > Archive > You’ve Got a Great Idea—So What? 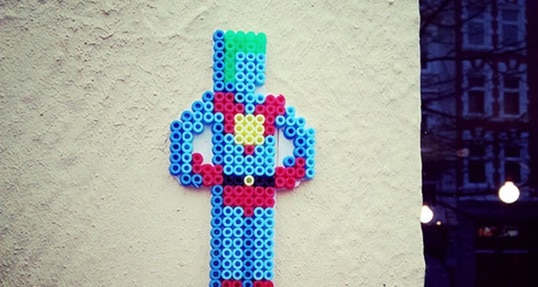 You’ve Got a Great Idea—So What?

Let’s say you are a superhero. And let’s say that your preternatural ability involves not just absorbing business models and frameworks, but creating new ones. You marvel in their intricacies, and your eyes never glaze over at their (sometimes dense) descriptions, examples, and calculations. You devour their details like nutrients, and you can graph them with an otherworldliness that leaves people breathless. You are the ninja-guru-expert of business models and frameworks, A to Z.

Essentially, what you would be in this scenario is a super human repository of ideas. You would be a seemingly bottomless well of creativity and out of the box thinking. “That’s great,” some business leaders would say; “very impressive,” others would say, but inevitably one question would pop up, and again and again: “Do any of these models actually work?”

This is where your superhero ability confronts its proverbial kryptonite because you simply don’t know. You haven’t put any of them into action.  Sure, your brilliant models and frameworks (and knowledge of others) can help with much-needed analysis, strategies, and forecasting. And yes, they serve as mechanisms through which organizations can glean valuable insights not immediately apparent. But key to profitable growth or intelligent innovation is execution. Without actual implementation, an idea has no value.  No value, you ask?

In his blog post “No One Cares About Your Great Idea,” fantasy writer Philip Athans provides some advice for novice writers that pretty much serves everyone: “If you have an idea for a novel or a short story (or a video game or an invention, and so on)…so what? I know that sounds rude, even condescending, but I don’t mean to be either of those things. I want you to take that idea and do something with it.” At Hult Labs we’ve heard a similar refrain from business leaders. Ideas, frameworks and models are not enough. Business leaders want results.

In his post, Athans references Leonardo Da Vinci as an example of a straight up genius who had genius ideas. Probably no one would argue with Athans, given the stacks of notebooks Da Vinci left behind, detailing concepts that were the kernels of inventions across a variety of fields.

One idea Da Vinci doodled over (Da Vinci’s doodling is most peoples’ brilliant brainstorming) was that of a “flying machine,” or what eventually became a helicopter. But as Athans points out, “We know, in fact, that late fifteenth century Italy did not see DaVinciCopters roaring across the skies.” Da Vinci had sketched out a great design, but not a plan for execution to actually produce his flying machine. Of course the technology of the time was not adequate to bear forth the internal combustion engine, which is what it took to get Da Vinci’s sketch on paper up into the air (and for which we can credit Paul Cornu and Igor Sikorsky).

Contrast Da Vinci’s hypothetical flying machine to his masterpiece, “The Last Supper.” Athans asks, what if a rough sketch of the painting had remained in one of Da Vinci’s notebooks? What if the idea of it had merely ended in a failed pitch to a benefactor? As we all know, the idea did not hit a dead end because he “actually painted the thing.” Athans bottom line advice to would-be writers: “Do you have a great idea for a novel? Terrific. Don’t send me your pitch. Write the thing.”

In the business world you may not have as much latitude with your ideas as someone aspiring to write the next fantasy blockbuster, but you will be expected to both contribute creative ideas and see them through (with managerial supervision, of course unless you’ve been instructed to seek forgiveness after the fact).

Melissa Raffoni’s article “Three Keys to Effective Execution,” examines execution when it comes to strategic planning in the workplace. “The execution phase forces you to translate your broad brush conceptual understanding of your company’s strategy into an intimate familiarity with how it will all happen: who will take on which tasks in what sequence, how long those tasks will take, how much they’ll cost, and how they’ll affect subsequent activities.”

Raffoni’s first recommendation is to “maintain your focus.” This can be challenging in office environments where (controlled) chaos is a given. But it’s important to be realistic about the resources required for execution – while also keeping a steady eye on marketplace needs. “If you just, focus internally you may miss the boat externally.” Raffoni also advises that a team regularly play devil’s advocate with each other in order to puncture the execution process with reality checks. The second “sub” step is to be as simple and clear as possible with the people who are part of driving the actual execution. “At some point, it becomes more important to make sure that most employees are clear about their role in achieving the most critical 80% of the plan than it is to communicate the remaining 20%.”

Execution also requires metrics, which can “help make expectations clear” to everyone involved in the process. Raffoni’s second recommendation is to “develop tracking systems that facilitate problem-solving” along the way. She asks, “Does the measure you are using really tell you whether you’ve accomplished the objective? Does the tracking system you’ve set up to get to the heart of the problem you’re trying to fix?”

So now imagine you are a superhero, and not only do you have unsurpassed knowledge of all pivotal business models and frameworks, past and present, but you create your own – and apply them. And in applying them, that’s where the true alchemy of your extraordinary ability lies.  From developing the seedling of an idea to the battle of execution, you know how to successfully intertwine creativity and reality. You are a true business superhero.

Make the most of what your career has to offer with a Masters in International Business from Hult. To learn more, take a look at our blog HBC Part 1: Finding your business idea, or give your employability a huge boost with an MBA in international business. Download a brochure or get in touch today to find out how Hult can help you to explore everything about the business world, the future, and yourself.