Home > Community > The Networking Series: Part 2 – The power of social 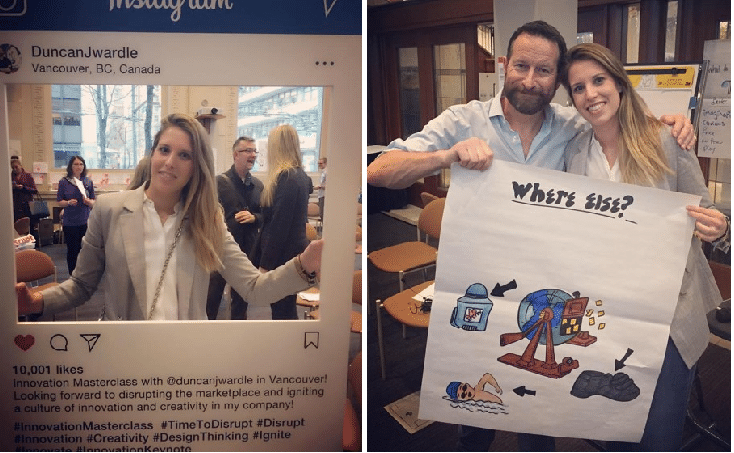 The Networking Series: Part 2 – The power of social

We’ve all heard the proverb “The early bird catches the worm,” and the star of today’s networking story has literally embodied those words like no other Hultian before. Ok, maybe not literally… But let me introduce you to Maria Cabello.

María had a clear vision of what she wanted to accomplish while pursuing her Global One-Year MBA at Hult and she started her journey even before getting to Boston. Born and raised in Lebrija, Spain, María Cabello had a skyrocket career as a Communications and Digital Marketing Manager, working for a top-tier agency in her home country. Like many talented marketing professionals, Maria thrives on creativity and is naturally drawn towards the entertainment industry.

Research and reach out

“From day one I focused on networking. I started researching and contacting people via LinkedIn and leveraging contacts that I already had back at home. Then, one day while reading an online Spanish news site, I came across a video of a guy talking about creativity and how everyone is born with that skill, but some just need to dig a bit deeper,” María recalls.

Something within María clicked and she was so inspired by this guy that she decided to research more about him and the techniques he was teaching. She soon found out that he used to be Disney’s VP of Innovation and Creativity. Remember that time when NASA sent Buzz Lightyear into space? Well, that guy made that possible. Have you heard about Disney’s theme park in Paris? Well, that guy also made that possible. Did you know that Mickey Mouse has a star in the Hollywood Walk of Fame? He’s also to blame for that, and his name is: Duncan Wardle.

“I assumed that he had an Instagram account, so I searched for his profile and followed him. Soon, I discovered that he was doing keynotes around the world. I DMed him asking if he was planning on going to New York or Boston. To my surprise, he wrote back. The bad news was that most of his keynotes were private events.”

By now you should have figured out that if you look for synonyms of determination in the thesaurus, you’re very likely to find Maria Cabello. She didn’t give up and decided to write an email to Mr. Wardle inviting him to deliver a keynote at the legendary Fenway Bleachers.

“Unfortunately there were a number of reasons that prevented the whole event happening.” Maria recalls, “However, when I called to tell him that the event couldn’t happen, he already knew about my real and honest interest in listening to him and learning from his experience. So, he invited me to attend one of his workshops. It was in Vancouver during the spring break! I didn’t have to think a lot about it. In one day, I was buying the tickets and a week later I was in Vancouver attending the amazing and very worth it workshop with Duncan Wardle.”

It is an undeniable truth that fortune favors the bold and people notice when you are genuinely interested in learning from them. María’s curiosity and willpower led her to a path she never imagined taking.  “It was such an amazing experience that not only improved my professional skills and broadened my network, but also gave me the opportunity to visit a new country for the first time. Remember the proverb “If Mahoma cannot go to the mountain, let’s bring the mountain to Mahoma.” Believe in yourself and make the most out of your MBA.

This is the second of a six-part series. Part 3, a visit to Boston’s Google Campus, will be published next week.

Ready to grow a global network? Download a brochure now.