Home > Community > The Networking Series: Part 1 – How to own the social game 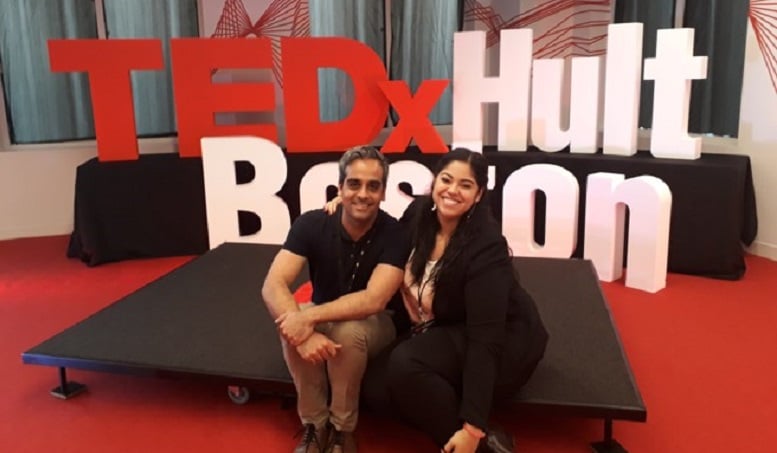 The Networking Series: Part 1 – How to own the social game

Whether or not you have experience of networking, it’s important for you to recognize the huge impact that a meaningful interaction can have on your life. Some of those interactions will end with a handshake and a friendly goodbye. Others will leave you feeling a bit self-conscious and not wanting to leave your bed ever again. Yet a handful of those interactions will open doors to amazing paths that will lead you to achieve your wildest dreams. In this blog series, we’ll present the most incredible, courageous, heartwarming, and inspiring networking stories from Boston’s MBA Class of 2019. Read on for our key learnings on how to own the social game and rocket launch your dreams.

Just like many of his classmates, Neel felt the anxiety of starting a new chapter in his life. Moving to a new city, getting to know new people, and experiencing a new culture, were things that he looked forward to, but still made him a little bit nervous. Back in his hometown of Alberton, South Africa, Neel saw the enormous potential of using data science tools for business and had taught himself Python to develop a CRM for his family business.

One day he heard a story about a classmate who secured angel investment for her startup back home as well as an internship in San Francisco – within just three weeks of moving to Boston and enrolling on the MBA program.

The importance of forward-planning

“I kneeled before this powerful woman in the middle of Hult Boston’s 7th floor, begging her to please teach me. She looked down at me and flapped her hand, ‘Stop being so awkward Neel. Let’s grab a coffee at Lingo and I’ll tell you all about it.’ And ‘It‘ was ‘Networking.‘”

The first thing she showed me was her notebook. A black pocketbook Hult gave her when she came to an Open Class earlier that year. It was filled with lists of people she wanted to reach out to, lists of events she’d gone to, and those she had planned to attend. “It’s simple. Networking is a tool for you, me, everyone, and everything we care about. And if you’re serious about making a difference in the lives of others, or yours, you’ll have some kind of a plan. I just like to write.”

Neel was astonished by Sara’s surgical approach. And he was still puzzled by how she found the right people to reach out to and how she dealt with rejection. “She smiled and gave me a look that said it all. She had a mission, and she was going to do whatever it took to realize it. “Yea, it’s always nerve-racking meeting new people. But it doesn’t matter. Because I want to find grounded people that have the same DNA, the same problems, and the same vision as me. I can’t do it alone. I’m looking for Me People”.

“Me People?” I said. “Yea, people that want to stand for something in this crazy world. When I meet someone like me, its super casual. We exchange numbers, add each other on LinkedIn, and eventually go for coffee or an evening of homemade Arepas. Just like we’re doing right now. The business vibe will happen when it needs to happen.”

I told Sara about my passion for data science and my past projects. “That’s kinda cool. You know, I know someone at Wayfair that’s done something similar, and could help you find a better way to do it. You’re both kinda nerds and I think you might get along very well together.” Hectic! As many South Africans might say during a light bulb moment. And, just like that, a meaningful connection is born.

To you, the reader, I hope this was a fun read, and you “get it.” My advice to you is to keep it simple, follow your passion, and have networking be whatever you want it to be. Just recognize that you can’t make magic happen on your own.

This is the first of a six-part series. Part 2, exploring the importance of preparation, will be published next week.

Ready to grow a global network? Doownload a brochure now.